Views by the million: South Africa’s top 15 most subscribed YouTubers 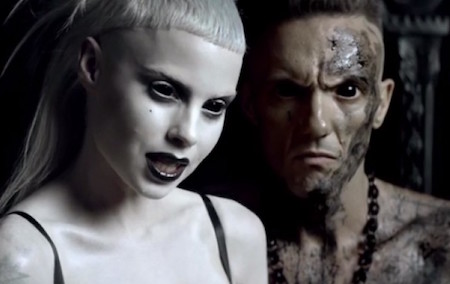 
Nowadays being a YouTuber can be a full time job, whereas before it was thought of as more of a hobby. Putting the time and effort into content creation on this platform leads to a horde of subscribers to your channel.

We used social media measurement tool SocialBlade (which is YouTube approved and pulls data directly from the platform’s own application programming interface) to find out which South Africans make up the top 15 most subscribed YouTubers in the country. Note: we’re only listing individuals or duos and not YouTube channels of companies.

Scraping into the top 15 is Julia Anastasopoulos, with her character Suzelle. As the name of the channel implies, Suzelle posts bite-sized do it yourself (DIY) tutorials, which make DIY a breeze. As her tagline says, “DIY, because anybody can”. Her friend Marianne regularly appears in her videos to assist with projects and she has translated her YouTube success into multiple mainstream media appearances.

Air Arms ambassador Matt Dubber uses his YouTube channel to promote the sport of Airgun Hunting & Shooting through videos of shooting tutorials, equipment reviews, hunting documentaries, and compilations. If you love animals then this channel is not for you, but fans of hunting are the channel’s target audience.

Some people may find the below video disturbing.

The comedy duo of Nic and Gareth serve up to their subscribers a uniquely awkward, piquant style of humour, with a wide variety of comedy videos, including original animated shorts, music videos, parodies and social satire. Their channel description reflects their approach to videos with part of it stating, “In their spare time, they enjoy writing channel biographies and receiving unsolicited phone calls from telemarketers. They have also stolen your car’s hubcaps whilst you were reading this.”

If you’re a wildlife and nature lover then there is plenty of content on this channel to keep you engaged and entertained. It features videos of wildlife sightings in the Kruger National Park and as the description of the channel explains it is “Real Animals, Real Situations, Real Africa”.

The first of four channels dedicated to music on this list, this YouTuber brings their subscribers videos of the best beat drops in music tracks used in vines, soccer score videos and popular songs. Aiming to keep the party pumping, it is unfortunate that this YouTuber has not posted a new video in around 8 months.

This Zambian musician, based in South Africa, posts videos of her electric violin covers of songs, as well as vlogs about her life, particularly regarding her musical performances. De Ville has performed in 25 countries to date around the world, including for royalty, presidents and world leaders, and has utilised YouTube to not only promote her music, but herself as well.

The person behind this channel (unknown at time of writing) is a gamer who posts videos around their game play (specifically vehicle crashes) on BeamNG.drive, a vehicle simulation video game. Having only joined YouTube in the middle of last year, this user has racked up an impressive number of subscribers and views for such a young channel.

The sister of well-known YouTuber Caspar Lee (he features later on in this list), Theodora has charted her own YouTube course, posting videos mostly around physical, mental and spiritual wellness. As she says in her channel description, “Explore my playlists for advice, love and all things life.”

Gamers are some of the most subscribed to channels on YouTube including Jacksepticeye, Markiplier and the most subscribed to YouTuber of all time Pewdiepie. This South African gamer posts videos around his game play of Minecraft Pocket Edition. The game consists of players building things in a world using blocks and tools, while trying to avoid enemies such as spiders and zombies.

Despite not posting on this channel for more than a year now, Trevor Noah’s official YouTube channel still remains in the top 10 for most subscribers. Consisting mostly of clips from his various comedy performances, Noah seems to have now shifted his focus to a new YouTube channel that he is involved in, The Daily Show with Trevor Noah.

Created by young entrepreneur Nadav Ossendryver this channel is dedicated to videos of wildlife sights from national parks across Africa. People submit their recorded sightings, so the content is not all being created by Ossendryver, which is not the same as most of the other channels on this list. If you love wildlife and nature, then this definitely the channel for you to visit!

Most popular video: Lion Shows Tourists Why You Must Stay Inside Your Car (94 271 597 views)

With an obsession for cheese, based on his channel’s description, this musician posts videos mostly of himself drumming. He also vlogs a bit, showing himself on tour with bands and playing gigs. This part of his channel description sums it up best: “I am a normal dude from a small town in South Africa and I’m just trying to pursue the things that I am passionate about, while connecting with people the world over. Connection over attention, always.”

Hosted by Peter Carvell, this channel is dedicated to fitness workouts with the following description: “www.sixpackfactory.com is all about helping you get ripped in the shortest possible time. NO BS, just straight forward, hardcore workouts that will help you get six pack abs fast. So if you are tired of all the SCAMS out there today and just want honest and free advice on workouts and eating plans that will get lean quickly, then welcome to your final destination!”

The oftentimes controversial hip-hop duo of Yolandi Visser and Ninja (real name Watkin Tudor Jones), bring their zef style to YouTube, posting their music videos and official audio tracks onto their channel. Most recently the band has been releasing their final album, The Book of Zef, as well as previewing a new project, Zef TV.

While not technically South African (he was born in London England but grew up in South Africa, before moving back to London), we will claim Lee as one of our own. His uploads consist of a variety of formats, from pranks and challenges to celebrity appearances. What is most interesting is that he beats the second placed channel by more than five million subscribers, and his second channel, morecaspar, would be ranked number 2, if it was not combined in this entry. It just shows you how far behind the rest of South Africa’s YouTubers are.

Most popular video: Girlfriend pranks my roommate (21 321 618 views) on his main channel, Reaction to ThatcherJoe pranks (4 397 884 views) on his second channel.

All data was sourced from SocialBlade and was correct as of writing.

All embedded videos courtesy of the YouTuber’s channel.

If there is a channel that is not on this list, which you feel was overlooked, please email michael@wagthedog.co.za.