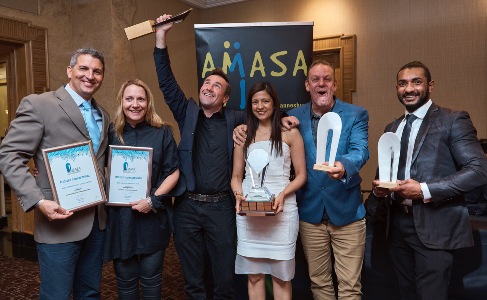 This year’s AMASA Awards was underscored by high quality campaigns from the 127 entrants, making it very difficult for the judges to pick the winners.

As AMASA chairman Wayne Bishop said, “… the standard and quality of entries were some of the best the awards and judging committee has ever seen, making all selections and identifying the overall Roger Garlick Grand Prix incredibly challenging but inspiring at the same time”.

Halo Advertising walked away with the top prize for their #MoreMusicYouLove campaign for Jacaranda FM. “This year’s winner checked all three of the most important boxes: innovation, strategy and execution, we’re so incredibly impressed with their imaginative and forward thinking strategy,” said Bishop.

“We are delighted to have our work acknowledged through our wins at the AMASA Awards. It is a real honour to garner this industry recognition and people really got what we were trying to do – connect emotions, and music across multiple platforms. It inspires us to keep innovating and offering new and fresh ideas, perspectives and ‘More Music You Love’ to our listeners, as well as creative solutions to our advertisers,” says Kevin Fine, General Manager of Jacaranda FM.

Another award winner on the night was Havas for its #SheLovesBeer campaign in the Pro Bono/Cause Related category. 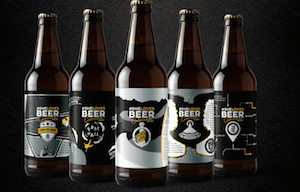 The #SheLovesBeer movement was created by Hayley Slater in 2016, born out of a vision to celebrate women who love beer, in a space where most beer marketing has either ignored or sexualised women. In 2017, media strategist, Eve Pennington approached Slater with an idea to extend the movement’s narrative through the launch of a SheLovesBeer range of bespoke, limited edition beers. “It is a great example of the power of collaboration with media, creative, PR and digital all working seamlessly together to bring to life a fantastic campaign, supporting a much-needed movement,” says Pennington.

The campaign launched on International Women’s Day, 8 March 2017, where five craft breweries were tasked to brew a beer inspired by one of five powerful beer-loving women muses. For this campaign, Havas Johannesburg came up with the concept of the medium being the message and designed the bottle labels with a twist. Each of the five custom-brewed craft beers had labels that told the story of the movement and showcased each of the muses and brews.

“#SheLovesBeer bravely future-casts in a category where advertising continuously relies on gender stereotypes. We flipped the script and paid homage to some incredible beer-loving women, celebrating their love for beer. With that edge, all the makings of a great campaign were passport: the concept was simple, backed by a clear insight, the storytelling execution was flawless and the cherry on top – the response from the beer community was amazing,” says Havas Johannesburg chief creative officer, Eoin Welsh.

“The campaign could live anywhere, and it did – on social, in media, and in activations. It is a fantastic example of what media agnostic content should be, and perfectly posits the future-fitness of the incredible movement,” concluded Welsh.

Another of the evening’s winners was Ads24, in the Best Trade Marketing Campaign category. This was for its Food for Thought event that it hosted in June this year. 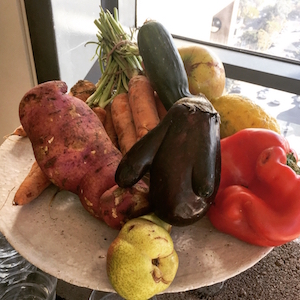 At the gathering, attendees got the opportunity to interact with internationally renowned futurist Pieter Geldenhuys and heavyweight academic Professor Nick Binedell.

Rapport editor Waldimar Pelser facilitated discussions on how current and future socio-economic and political forces are shaping the future, and how the latest technology trends may impact the way in which we think our world works.

The menu for the morning was as disruptive as the content shared by the speakers, with a menu that included juices made from “ugly fruit and vegetables”, “solar coffee and tea” and “coffee sausages”.

“We are honoured to have received this award, particularly considering the high calibre of our contenders in the industry,” said Marise van der Lith, brand manager at Ads24. “It serves to confirm that we are well on track in our goal to create exciting, memorable campaigns that reaches beyond the norm and adds real value to the industry we serve.”

Now in its fourth year, the Awards celebrate successful innovative ‘all round’ media campaigns focused on work that observes innovation, executions, trends and strategy within the media and advertising industry.