Living the logo of the challenger octopus 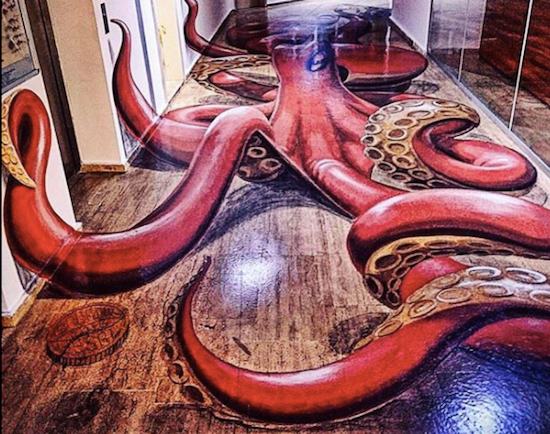 The MullenLowe Group’s logo is an octopus. It’s a creature with eight arms, enormous flexibility and the nimble ability to squeeze through narrow gaps to get where it needs and wants to go. It has eyes that can see everywhere, and a complex nervous system. With three hearts and nine brains, the octopus is one of our planet’s most ingenious animals and the MullenLowe challenger octopus logo and ethos drives the agency’s nimble, hyper-bundled approach.

“We’re now in seven countries in Africa and we still say that as much as we’ve learned, no-one every really ‘knows’ Africa. Africa brings with it its own unique sets of challenges and it’s not what we’re used to or familiar with,” says Dexter, on how the company’s tentacles are spreading through Africa.

“From an agency point of view we have to keep on thinking differently and not take things for granted. It brings fresh exciting energy to the agency and keeps us on our toes, because we never know what’s going to happen. It’s a chaotic, stimulating and sometimes over-stimulating but we embrace it,” she says.

MullenLowe was responsible for the powerful and award winning Get Me to 21 campaign for the Jenna Lowe Trust and invited Gabi Lowe, mother of Jenna, to share her inspiring presentation on resilience at an end-of-year event that looked back on the year’s successes, and forward to the challenges of 2018.

Besides Lowe’s inspirational presentation, award-winning natural history filmmaker, Craig Foster, talked about his inspiring underwater journey and what he learned from diving off the Simon’s Town coast daily for six years, which included an incredible relationship that he formed with an octopus he named Superstar. This unusual relationship allowed Foster to study and learn more about this extremely intelligent animal.

In spite of local businesses reporting that 2017 has been a tough year for revenues, Dexter says that 2017 brought the agency many business opportunities and that their portfolio has grown from what was a traditional FMCG agency into a diverse list of clients including attorneys, the World Bank, automotive and retail.

The agency is busy on a project in Zimbabwe and the current situation right now calls for a nimble change of plan. “With everything that’s going on there at the moment, we have to ensure that our clients brands are sensitive to that while also capitalising on opportunities. While we were going to go live with a campaign for a money transfer brand two weeks ago, suddenly it’s had to change,” says Dexter.

“In complete contrast to the chaos, we won the Mini account at the beginning of 2017, which is a sexy, premium brand aimed at the creative class. As opposed to the chaos of satisfying people’s basic needs in Africa. Working with these different energies has been inspiring,” she adds.

The agency has recently launched a new tentacle handling PR to augment their hyper-bundled offering to existing clients and to encourage new ones who may not have considered coming over to them before.

Dexter is excited to expand the agency’s digital knowledge and experience as well as future opportunities coming through the MullenLowe global network.

Next year will also see MullenLowe South Africa launching another ‘tentacle’ of service, to further enhance their hyper-bundled, channel-agnostic offering putting client and brand at the centre.

“I really believe that our network is true to our logo – an octopus is smart, it adapts and our clients appreciate that. We know what our strengths are but we’re constantly adapting to the ever-changing circumstances in our industry and on our continent,” she said.