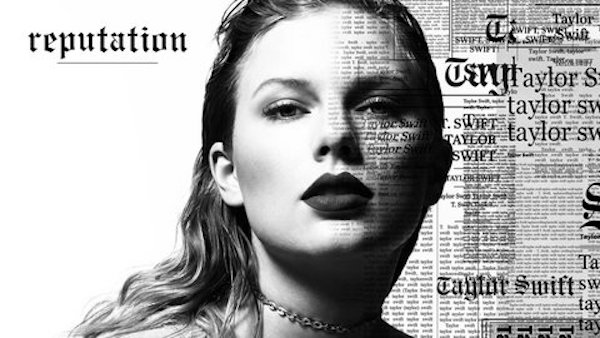 When did Taylor Swift become the second most powerful person in social media?

We all know who the most powerful person is in social right now. I refuse to talk about this today because it’ll just get me upset. I would much rather talk about the person who has the next-most influence: Taylor Swift.

Swift is obviously a real person who puts out real music that connects with millions and millions of people. Whether you like her or not, she does write some catchy stuff. I myself prefer something with a little more grit, but I respect what she does, and my kids love her.

All that being said, Swift is also a shining example of everything that is good and bad in media today.

Swift was quiet for a while, which by itself is unusual. Typically, there are tabloid reports of where she was, what was up with her squad, and who she may or may not have been dating or feuding with. Apparently, that was the quiet before the storm because just two weeks back she released an image of the cover of her new album, then she released a new song and followed it quickly with another one.

What happened next was a sign o’ the times (to quote the deeply missed Prince).  The world of social media, and media in general, became immediately polarised when the vocal masses came out blasting her for taking a harsh position in her new song, repositioning herself from a goody two-shoes who became the aggressor to a victim of public attack.

Most of the press and social media went on the offensive to critique her for this approach, and yet the song immediately shot up the charts, in some places to a number-one position.

How does a single artist who has such clear control of the media get so aggressively challenged, while also apparently satisfying so many people with a new hook and a new song?

It shows that she (or the people around her) is crazy like a fox.

Swift understands that if you want to be one of the most popular people in the world, you have to polarise the audience and get them talking. In the world of yesteryear, when media channels were limited, the wisdom of the crowds ensued and what was the predominant opinion became the dominant discussion. But now that media, and social media specifically, gives everyone a voice, the “noise” in the middle gets drowned out and we end up with two distinctly different points of view operating together, even if they are completely at odds with one another.

It works for the President, so why can’t it work for Taylor Swift?

Swift is this generation’s Madonna: the savviest of businesspeople, and the most capable of wielding the sword that is the media today. She is better at this than Beyonce, Bruno Mars, Bruce Springsteen or anyone else in the game. She knows that the more people are talking about you, the more they are going to follow up and look into what the hullabaloo is all about.  In an age where record sales are only a small portion of the revenue and streaming dominates the measurement of popularity, Taylor Swift is driving people to trial. They are streaming to hear her. They are talking about her.

The media world — I have said this before and I will say it again — has got to find a way to give a voice to the middle. There has to be a means to let everyone be heard.

In this case, there’s a quiet middle group that understand Swift is battling back against people like Kanye West and Kim Kardashian and using their anger to her benefit. It’s brilliant. I might even have to listen to the whole album when it comes out!

Don’t pretend you weren’t going to listen to her, too!

Cory Treffiletti (@ctreff) is CMO at Voicera. This story was first published by MediaPost.comand is republished here with the permission of the author.