LATEST NEWS
Home Out of Home Reality bites: Why activations are such big business

Reality bites: Why activations are such big business

Posted By: Lucinda Jordaanon: December 15, 2017In: Out of Home
Print Email 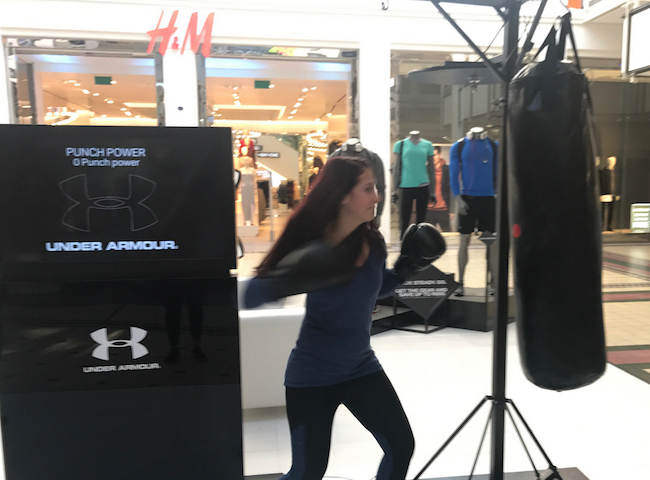 
In a world of fake news and influencer marketing, consumers are increasingly demanding experiences. They want to taste, touch, see and feel before they buy. And activations are no longer merely handing it to them on a plate… they’re immersing consumers in the entire experience.

Experience is everything. Whether it’s personal or shared, any encounter is enhanced by the personal touch. And no one knows this better than marketing companies who have embraced the personal and activated the experiential.

Brand activations have been with us for decades – and studies have consistently proven that they work. Today, they’re working everywhere. No longer confined to in-store taste testers, activations are drawing attention and pulling in consumers everywhere from the beach to the golf course, and beyond.

“The landscape is certainly changing and advertisers are pretty savvy in terms of researching and communicating with their market audience, wherever they may be,” confirms Andy Higginbotham, creative director at Moving Tactics Digital Impact. “We’ve delivered digital marketing messages in container yards, on golf courses, the sides of high-rise buildings and even projecting animated video content onto the surface of swimming pools at private events.”

Nkopane Maphiri, CEO of The Media Connection and its activations division, The Brand Connection, says their portfolio has also run the gamut from creating “large scale flash mobs in the centre of Cape Town for a wellness programme run by the Western Cape Department of Health, to dressing a radio personality with prosthetics and clothing to look like a pedestrian killed in a road safety TV commercial and then letting him loose into crowds of people to spread the message of the danger of walking on roads while drunk”. 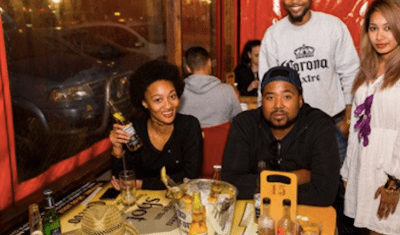 That doesn’t mean that in-store activations are a thing of the past. It simply means they’ve got to be more creative and infinitely more entertaining, bringing in the wow factor with a bit of theatre, says Peter Kohlöffel, national sales and client service manager for Proactive. “We even do commuter classrooms, with two brand ambassadors in a taxi – one at the back, one in the front – who talk to one another in a sketch routine.”

So next time you hear one commuter extolling the virtues of a particular brand, you could well have been experiencing influencer marketing – the real, slice of life side of activations. Theatre, says Kohlöffel, is a great way to get a brand’s message across, especially when reaching for the mass market: “We’ve done it with outdoor theatre, mobile theatre, shopper shows.”

Renowned for breaking the rules of the game, mass market events and activations agency Minanawe had tongues wagging 10 years ago with their Captain Morgan Beach Party campaign featuring a range of activities that turned heads. “We put yachts on the dam in Power Park in Soweto, had buggies going around townships with babes in bikinis…” recalls CEO, GG Alcock.

Now, they’re focused on creating experiences instead of shows, with the shopper as a participant, he adds, citing the Vaseline 4D dome campaign, the first of its kinds in South Africa: “It’s almost like an IMAX experience, with shoppers entering the dome, and experiencing a range of climate conditions, from the sun coming up to thunder and lighting, and having a mist descend, that went into your skin – then they walk out into the skin testing station.”

With such interactive experiences, the sector is booming; proof of how agencies have evolved, with more now boasting dedicated activations divisions. Proactive was one of the first to do so in 2003, says Kohlöffel. “It was a natural extension of the business, and last year we were lucky enough to grow at double-digit plus.”

Moving Tactics started out as a two-man team in November 2013, “with no capital investment, and today we are a five-man operation that is just about to celebrate our first foray into eight-figure turnover,” says Higginbotham.

The Brand Connection, established eight years ago, is the go-to agency for community radio station advertising nationally, and has built a solid reputation for its massive activations. “Due to the market insights we had gained through The Media Connection, we saw the establishment of The Brand Connection as a natural extension to what we already did, namely connecting communities. By working with communities day in and day out, we can feed back invaluable insights to brands and services that operate in diverse communities,” says Maphiri.

Community radio station presenters also play a huge role in many of The Brand Connection’s activations, adds Maphiri. “They carry a huge amount of respect and credibility among their respective listener communities.”

Minanawe has taken it a step further, with not one but two activation divisions; one for consumers, the other for trade. “We were always focused on consumer activations, then about four years ago, we recognised the need to see the shopper as a different person to the consumer,” says Alcock, explaining that the agency’s growth came with the recognition that ABL wasn’t being applied to BTL “not even at a basic level at township trader, yet the township trade is growing dramatically. We apply the same rules to high end stores as we do to low end stores”.

Five years ago Minanawe’s staff complement totaled 10; today, they have more than 60 direct management people, split between consumer insights and trade intelligence – “so the key component has always been keeping in touch and in tune with trade in particular”. says Alcock. Case in point: “Three years ago our trends team recognised that trade was increasingly dominated by Pakistanis, Somalis and Bangladeshis, so we brought in agents from those communities to help communicate to those traders – 10 steps ahead of anyone out there from a marketing and brand perspective,” he adds.

It’s paying off, not just in terms of a strong client base, but also as huge ROI: “That side of our business has grown so much that we sell info on our trends to the market,” says Alcock, who authored Kasinomics: African Informal Economies and the People Who Inhabit Them.

Little wonder, then, that it’s not just their clients and brand who are investing in activations – agencies are not stinting on their growth in the sector, with most investing in progressive new digital products and techniques. Last year, Proactive invested in a manned pod, which, says Kohlöffel, added a more personal touch than mechanical pods that simply dispense samples at a few touches of a button. Moving Tactics invests heavily in research, development and new technologies, as does Minanawe. 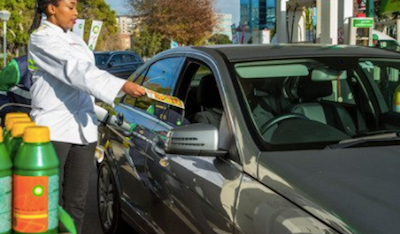 “Five to 10 years ago activations were purely measured on sales, now they’re measured on Facebook or Twitter,” notes Kohlöffel. “What’s important is that you don’t do things in isolation; we work with a digital agency to set realistic KPIs of a campaign.”

While most clients measure ROI in terms of increased sales in the short term and brand image in the medium to long term, agencies have different variables, says Higginbotham.“For ourselves, as the solutions provider, we generally measure ROI for our deliverables by the amount of consumer engagement, by repeat business from our clients and by looking at raw metrics and analytics.”

Their touch solutions are equipped with software that enables Moving Tactics to measure the number of interactions they’ve experienced with a particular brand or product, he adds. “The digital photo booth we installed for one of our QSR clients at N1 City, for example, has recorded nearly 20 000 images in the past 12 months. The beauty of activation work is that it is intimate and immediate – you are effectively performing live and you can very often get an instant sense as to whether your consumers are enjoying the ‘show’ or not. The key to closing the loop is to make the activity relevant, intriguing and preferably memorable – that is what drives talk value and reinforced messaging.”