LATEST NEWS
Home News City of Joburg warns OOH companies: If you ignore the city, you will be treated the same as ADreach

City of Joburg warns OOH companies: If you ignore the city, you will be treated the same as ADreach 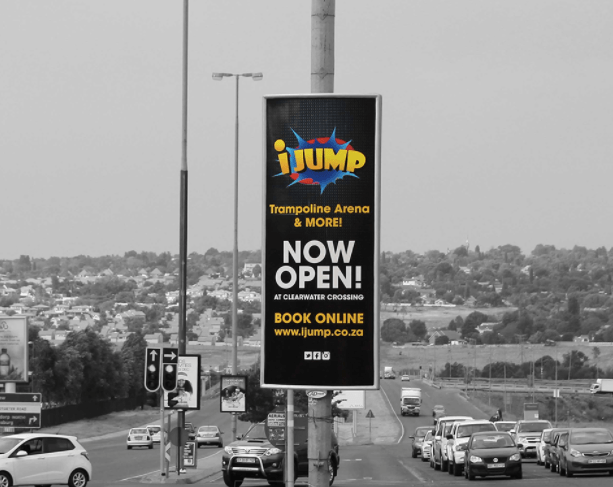 ADreach’s contract with the City of Johannesburg was never “evergreen in nature”. The City has served a final notice on founder of the street pole advertising specialist, Brad Fischer, putting the company and jobs at risk.

But Andrew Stewart, strategic advisor to Leah Knott, MMC for economic development, said ADreach was a country-wide business, and that “no other city has granted them a contract of this size. Joburg was very much an exception to what other cities have allowed. Businesses have fixed term contracts that expire all the time; they need to plan for this in terms of staff that they take on to service the contracts. That planning is their responsibility,” he told The Media Online.

Part of the original deal, signed in 2002, was the  ‘Adopt-a-Light Agreement’, which was developed as a revenue stream for the City to generate funding for erecting streetlights in disadvantaged areas. Half of the R125 million paid to the City was to be spent on socio-economic upliftment project.

“The city does not have an objection the ‘adopt-a-light’ campaign specifically but it was an add-on to a contract, which has now expired,” said Stewart, adding that ADreach was “aware from the very outset that they had a fixed term contract”.

One of Fischer’s objections was that ADreach itself had contributed to ‘decluttering’ street poles as they had cleared illegal posters and other communications. But Stewart said illegal posters do get put up, but that they are mainly “paper flyers advertising penis enlargement and other things”.

On the other hand, said Stewart, ADreach was “far and away the biggest contributor. They have an effective monopoly on street pole advertising, he said, and the “sheer number of posters that they have makes it impossible to allow other companies to have posters legally as it would create worse clutter and further lower the value of individual posters”.

Stewart said the company had failed to prove where their advertising is placed as a condition of the contract. “We have never seen the map of their placements and it is alleged that they have far exceeded their quota,” Stewart said.

ADreach, and other industry players, have had consultations with the Joburg Property Company where they were told more players had to be allowed into the market, and that the number of signs, billboards and dustbin ads would be reduced. “This has certainly not come out of the blue,” said Stewart.

“The city has targeted companies that put up illegal signage in the past and JMPD target the paper poster companies on a regular basis. However, ADreach must acknowledge that if their contract has expired and they refuse to remove signs and continue to profit from those signs, then they are illegal too. They are no different,” he said.

Stewart said the industry was aware of the impending tightening of out of home controls and that new bylaws were in the pipeline.

“All industry players knew very well that other cities do not allow outdoor advertising to the extent that the previous [ANC-led] administration in Joburg did. The laissez faire period would have to come to an end at some point,” he said. “The industry will now need to adapt to the reality that Joburg will be like all other cities in this country.”

Cape Town out of home companies know only too well that DA administrations are strict when it comes to outdoor advertising. In May last year, the Cape Town Chamber of Commerce lambasted new draft bylaws designed to tighten up controls even more. It said they were too complicated and that “control freaks” had put emphasis on “petty and excessive regulation”.

But Councillor Brett Herron, mayoral committee member for transport and urban development for the City of Cape Town, told The Media Online

“It is important to mention that this is still a draft by-law – as such, it means that the draft will only be finalised after we have collated and analysed all of the public comments on the content and intent,” he said.

“Being a ‘socially conscious’ company does not give you the right to flout the law,” said Stewart. “Given the trends in business and the King reports on company ethics, most companies these days try to be “socially conscious”, ADreach is not unique in this regard.”

Responding to a question about whether other street pole advertising operators had also been targeted, Stewart said the city had made it clear it would be tackling all forms of illegal advertising and overhauling the sector.

“There are other companies whose contracts have expired or are near expiring,” he said. “These companies will be notified and given a grace period to comply with their contracts and city policy. If they ignore the city, they will be treated in the same way that ADreach is being treated.”