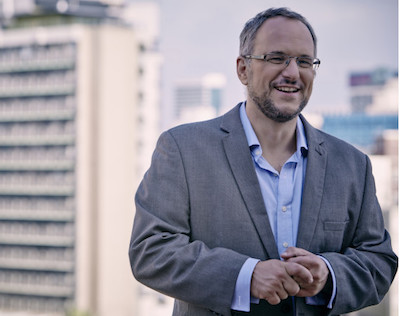 Stephen Grootes, a 16-year veteran of Primedia Broadcasting is leaving his position as 702’s Afternoon Drive host in mid-April to take up a new opportunity.

Grootes is renowned for bringing audiences the latest political insights and analysis on EWN, before he moved into various talk show host roles on 702, including the Midday Report, the Breakfast Show and most recently the Afternoon Drive.

Grootes reflected fondly on his time with the station: “It’s an incredibly sad day for me to leave 702. I’ve been with the station and EWN for so long, it’s been my home, my family and so much of my life.  I’ve learnt so much and watched so much history happen. But I’m excited about the future, and my place in it.”

Primedia Broadcasting had nothing but praise for Grootes. “Stephen’s political acumen and envious contacts, combined with his ability to present South African political stories in a way that the rest of us can understand, makes him an exceptional current affairs broadcaster,” said 702 station manager, Thabisile Mbete. “We wish him all the very best in his new chapter.”

Twitter’s reaction to Grootes’ departure was one of respect and well wishes, though there was not much activity, as it seems most people haven’t picked up on the news yet. 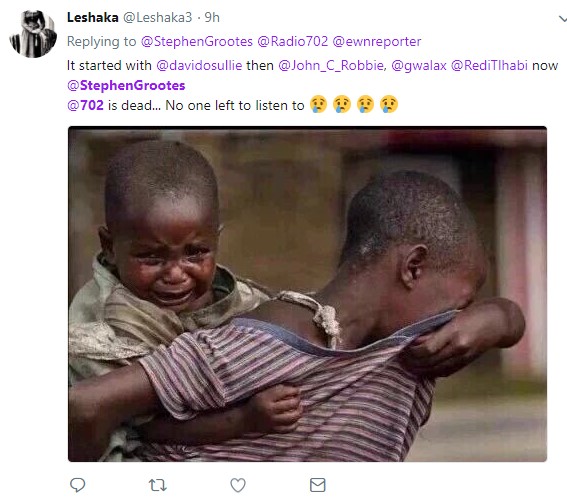 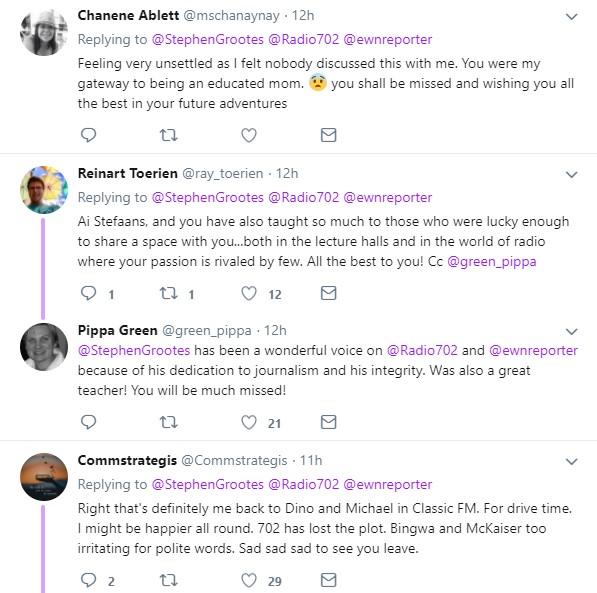 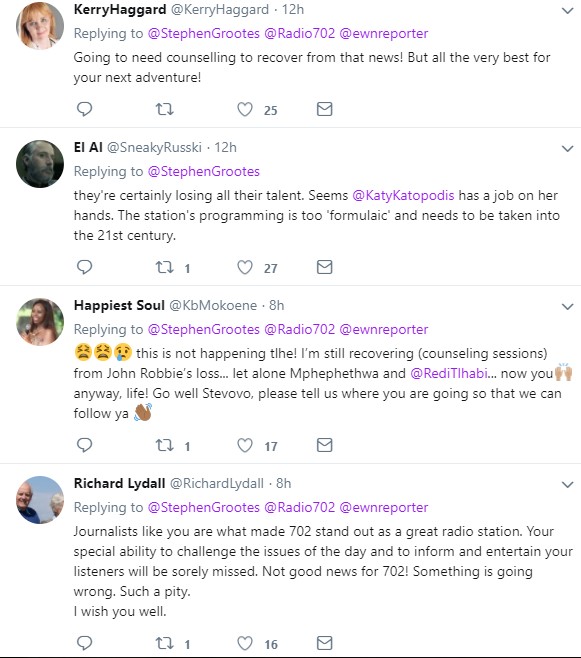 The new 702 Afternoon Drive host will be announced shortly, as will details of Groote’s next chapter.