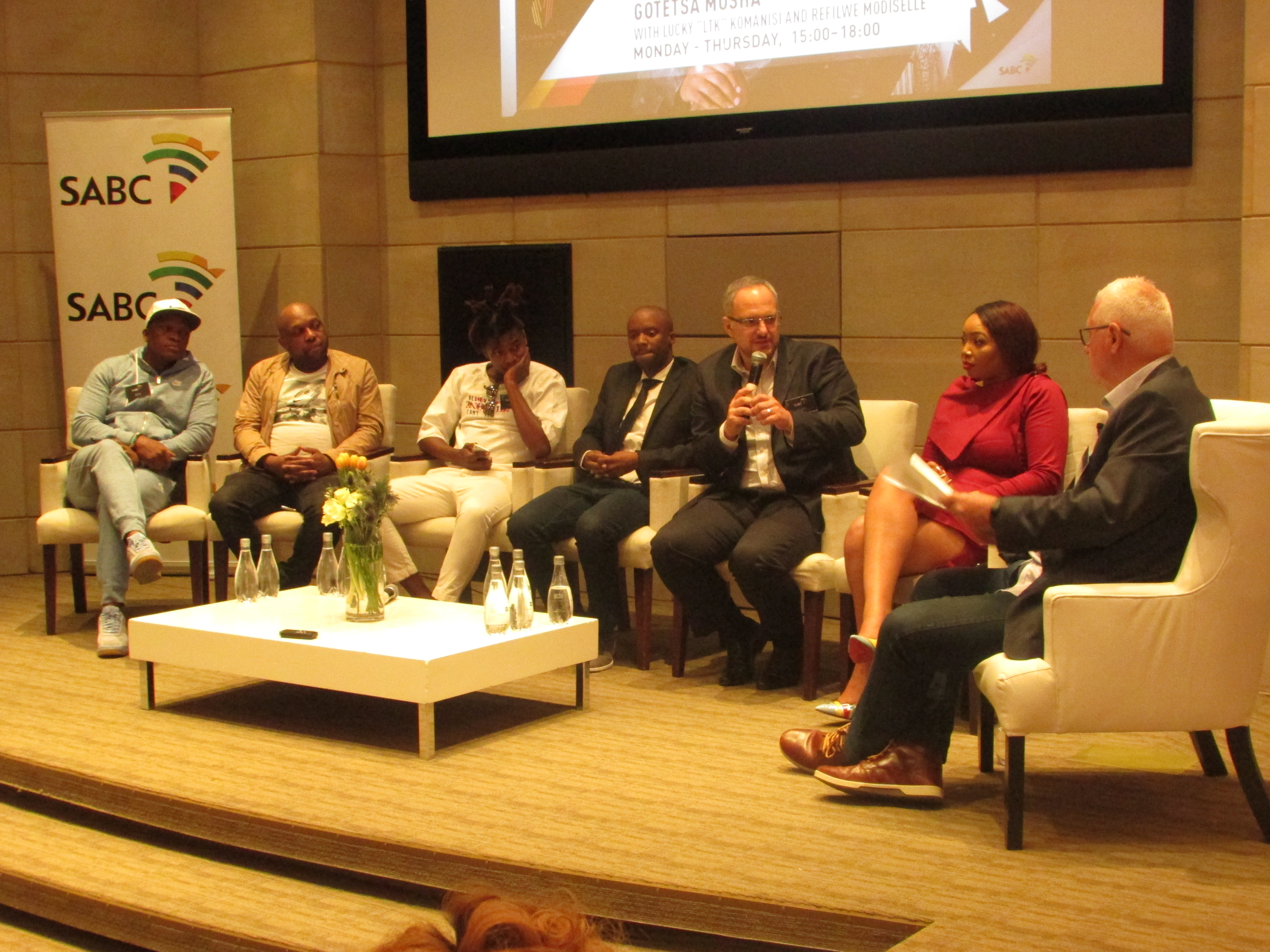 The SABC recently hosted an event to introduce its new radio presenters to media agencies and clients.

The event was held at The Forum at The Campus in Bryanston, and consisted of two panel discussions in whch the presenters were quizzed by host Gordon Muller.

A once in a lifetime opportunity

“The best possible platform to have this country’s conversation on is radio,” says Stephen Grootes, describing his move to SAfm from Primedia Broadcasting’s 702 and 947 as a “once in a lifetime opportunity”.

“My job now is to stimulate and mediate debate. My opinion is not important, the ones of the people phoning in are,” he adds.

Grootes also shared his views on the differences between morning and afternoon drive time shows and the way presenters should approach these slots.

Thomas Mlambo is a new face at MetroFM, bringing his knowledge and experience of sport to the radio station. “I bought into the vision of SABC Sport and what they are trying to achieve,” he explains.

He adds that sport is no longer about what is just happening on the field of play. There’s the politics and transformation aspects too.

“We’re not only sports presenters and sports casters, we’ve become sports activists. People have a lot of faith in us and we need to use our power in the right way. For me to have the chance to do that on a national platform, I didn’t think twice. Address the inequality and create equal opportunities for kids, and hold the authorities to account, that’s why I came here,” he adds.

New additions to the Metro FM line-up include Thembisa Mdoda and Mo-G. The former had a message to women, when asked about her busy life, which includes acting, and television and radio presenting. “It’s time, especially for women, not to sit back and say ‘people will say I do too much and I am everywhere’. If you don’t use your talent to the best of your ability, then you have wasted your life,” she stresses.

Mo-G, who Mdoda refers to as her assistant husband, has been on radio for 17 years, but is now experiencing something new as he has never had a co-host before. “Her humour, her intelligence, and her input she brings to the show, with the conversations, it’s amazing how we think completely differently,” he says.

Glen Lewis is returning to terrestrial radio, at Radio 2000, after a year-long stint at online radio station, TouchHD. He reveals he is finding it hard to get into the rhythm of an afternoon show. “When you move from one show to another, people think it’s similar, but it takes you a while to settle down,” he says.

Lewis has a mission for the station:

When asked about the differences between online radio and terrestrial radio, Lewis has a blunt answer. “There’s no difference really, it’s just digital. You can’t listen to it in your car, so don’t believe the hype, that’s all.”

One of the main focuses of new 5FM presenter Smash Afrika is to integrate social media more with radio. With a youthful audience, the station is perfect for this strategy. He wants to see “more live stories and digital content to keep audiences engaged, even after the show has ended”.