US govt paying journalists to influence their reporting 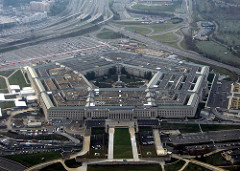 A professor of journalism at the University of Munich, Michael Meyen, recently spoke to Sputnik about how free media really is, to commemorate World Press Freedom Day.

The interview was filled with insights, including his belief that the US officials from the Pentagon pay journalists, to dictate their viewpoint and the information they include in the stories they write.

He stressed that contradictory, multiple views need to be made available to the public so debate can be stirred and people can inform their points of view properly. 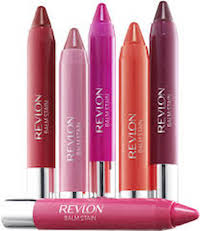 Revlon is reviewing its global media planning and buying business, AdWeek reports. Current agency, MediaCom, will not be defending the review.

“On March 23, Revlon informed us of its intent to begin a media review,” an agency spokesperson said. “We responded within 24 hours, letting the client know that we did not wish to participate. We thank Revlon for the opportunity to help grow its global brands over the past seven years and wish them well.”

Revlon in a statement said it had decided to put its media business in review as “part of our ongoing efforts to enhance our business operations and drive growth”. It said it appreciated MediaCom’s service but had “decided to go in a different direction.  The companies that are participating in the review are OMD part of Omnicom, Initiative, and, Havas.”

Read the full story on AdWeek.

The battle for media freedom in Turkey continues

Amnesty International has continued its fight to promote media freedom in Turkey, by launching a social media campaign on Press Freedom Day.

Photos from journalists around the world, supporting their Turkish counterparts have been posted on social media sites, in an attempt to send a strong message to President Recep Tayyip Erdoğan and the rest of his government.

Since an attempted coup in July 2016, more than 120 journalists have been jailed and 180 media outlets forcibly closed.

To see more information about the campaign, reported by Ahval News, click here.

Clampdown on IS media mouthpieces

In sharp contrast to World Press Freedom Day, international police forces, from the EU, Canada and the US, have targeted several media outlets, purporting to spread propaganda and information for terrorist group Islamic State, in a coordinated operation.

The outlets allegedly assist IS to gain new recruits, and the Amaq news agency was a major target of the clampdown.

To read more information about the operation, published by DW, click here.

R&B singer R Kelly is the latest star to be the subject of a hashtag campaign. The #MuteRKelly campaign is an effort to hold the musician to account over a series of sexual misconduct allegations, and ensure authorities investigate the claims.

R. Kelly has been accused of having sex with minors, sexually harassing employees, and possessing child pornography. There are also claims that he runs a sex cult with young women. He married the 15-year-old R&B artist Aaliyah in 1994 when he was 27. The marriage was later annulled.

The R&B artist says in a statement Friday that he’s “heartbroken” by the accusations, and said he was a “God-fearing man, a son, a brother, and most importantly a father”. He accused the media of dissecting and manipulating the false allegations against him.

Kelly said the accusations “perpetuated by the media” are an “attempt to distort my character and to destroy my legacy that I have worked so hard to build.”

For the full story, visit Insider.com