Media, rare books and football: The passions of Ian Snelling 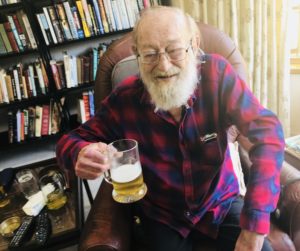 “It would be extremely difficult to exaggerate Ian Snelling’s contribution to the South African media industry.” ~ Gordon Muller.

This is how Gordon Muller began his tribute to the man he described as “an early adopter”. This was demonstrated through Snelling launching one of South Africa’s first Media Independent Agencies (Complete Media) and his breakthrough work on Media Synergy (NPU Media Synergy Studies), in the early ‘90s, which anticipated by 25 years the world’s preoccupation with the Holy Grail of Return on Media Investment (ROMI).

“As chairman of AMASA, Ian was unrelenting in his drive to entrench media as a professional discipline, within the greater marketing and advertising industry,” said Muller.

“Ian epitomised the ethos that if you believe you will learn something new tomorrow, you will never be afraid to share what you know today. To many of his younger colleagues in the media industry, Ian was their mentor and the oracle when it came to understanding the media industry. Sure, it came at the cost of a beer or two, but he was selfless and unstinting in sharing his knowledge and insights,” Muller continued.

His love of rare books 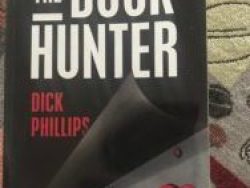 Muller said Snelling was a wonderful raconteur with a rich and varied interest in life. “Ian’s second passion was books, and as well-known as he was in the local media industry, he was equally well known and admired globally for his knowledge of rare books and published antiquities,” he said.

“Trading in rare books was Ian’s lifelong passion but when Snellers, as he was widely known, finally got round to writing and publishing his own novel, The Book Hunter, he did it under the Nom du Plume Dick Phillips. Typical Snellers. Never a glory boy. Always the grafter,” Muller recalled.

It was no secret that Sneller’s third passion was football, particularly his love for Arsenal. “In many respects his head-down approach to life personified the very values he most admired in his beloved football team; Arsenal. If you were lucky enough to receive Ian Snelling’s post-match review after every Arsenal game, you would have realised that there was not much he didn’t know about the game of football, and nothing at all be didn’t understand about The Arsenal,” added Muller.

He summed up his thoughts on the man: “Ian Snelling. Media Man. Book Hunter. Gooner. A full life well lived. Snellers, you are the North End.”

A doyen of the media industry

e.tv’s Janet Proudfoot and Natalie Wilks added their tribute to Snelling. “Ian at the height of his career, was a doyen of the media industry. His knowledge of media was excellent and he had a ‘forward-thinking’ vision of media in this country. He was approachable and gave a lot back in the form of training.”