A Black Dragon’s lessons: Meet triumph and disaster head on 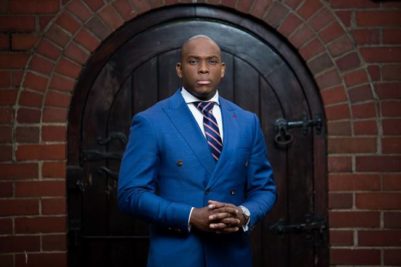 He’s a businessman through and through, a man who spends more time at his offices than he does at home. This is something venture capitalist and Africa’s number one speaker by the age of 20, Vusi Thembekwayo is trying to balance a bit better.

Thembekwayo, on his website, describes himself as a “speaker, investor, disruptor’. His career history is an ode to hard work, dedication and a deep commitment to entrepreneurship. He’s turned the Metcash Group’s new business division into a R461 million a year turnover company. He co-founded private equity firm, Watermark Capital Partners. He funded and co-founder Speakers Bootcamp and is the only African to have been invited to speak at the World Bank.He founded the Inspiration Project, a tech enabled narrative lab reshaping the story of Africa. He’s been a dragon in Dragon’s Den Africa and founded Iconoclast, a boutique, specialist public speaker representation management agency.

The journey began in a small township south of Benoni on the East Rand. So small in fact that you could drive through it in seven minutes and that includes the speed humps.

“Around the time Nelson Mandela was on his way to coming out of prison, model C schools opened up and I got the chance to go to one. At my old township school, I was two grades ahead, but when I tried at these schools, I was sent back two grades,” he says.

“From Benoni High School, then came Wits where I couldn’t finish my studies due to financial exclusion. So I really understand where these fees must fall kids are coming from. I ended up getting a job in sales for an IT company; it turned out that I was good at this selling thing, partly to do with my public speaking.”

Thembekwayo started public speaking in Grade 9 and in Grade 11 he won nationals, and then the African championship and later participated at the World Championships. He was ranked number one in Africa and third in English public speaking by the age of 20.

The power of words

The self-made man has Rudyard Kipling’s ‘If’ hanging in his office: “If you can meet with Triumph and Disaster. And treat those two impostors just the same…”

“The idea behind the poem being that neither victory nor defeat are a mark of who you are, and it took me a while to learn that in life because we love to wear our successes on our shoulders and we hide our failures,” he explains.

Everyone should understand that they will ultimately experience victory and defeat, but those experiences don’t define anyone as an individual. Your successes should humble you by knowing that that’s where you are at the moment and things can change at any time.

Testing the waters of entrepreneurship 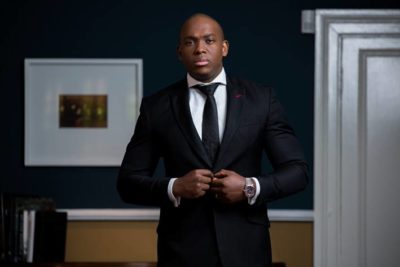 “I started off with a public speaking business with some management consulting on the side, we had offices out in Centurion. I had enough money to pay my car instalments, my assistant and my rent three months ahead, the problem was seven months later I had still not made a cent,” he explains.

“Now I was four months behind my instalments, owing my rent and my assistant had been coming to work every day without being paid. This was the first time I experienced failure and before that it was success, so I was forced to pack everything up and move on. I understand failure very well.”

He adds that his spirituality has taught him that God teaches you the lessons that you need to learn, not the lessons that you want to learn. What the Lord was trying to teach him at the time was that, he can’t talk to aspiring entrepreneurs about failure if he hadn’t experienced it himself.

“It’s interesting how you learn to deal with banks when you’re in trouble. My advice is to never avoid those phone calls, be honest and communicate,” he adds.

Entrepreneurs usually fail because they never know who they are as people and not knowing who you are ultimately leads to not knowing what you want and where you want to go as an entrepreneur.

“The single most important thing any human being can have is knowledge of self, and this is regardless of race, gender or social background. We don’t know ourselves and we waste time trying to mirror other people,” he comments.

Thembekwayo is a man who practices what he preaches, and preaches to his kids. He writes a letter to his children every month and the reason he does this is so that his children remember where they were in life when he wrote them the letter.

He recently wrote a letter to his oldest son and in it he said: “As you grow, you will learn that life can either be as easy or as difficult as you make it. Everything that you influence, influences you and everything you touch, touches you.”

What motivated Thembekwayo to become successful were things he was always running away from, like when his father started a business and when it didn’t work out, his father used their house as security, which ended up with them almost losing the house. So the fear of struggling again drove him.

Thembekwayo wakes up in the morning excited about what he does because in his mind he has a very vivid picture of it will look like when it’s achieved. It’s a one hell of a feeling when one’s life is that connected to a purpose.

Thembekwayo’s Growth Fund does three things: the first is building hubs around South Africa (the most recent one one was launched in Thohoyandou, Limpopo). A project that’s been two years in the making with R4 million invested, the hubs are created to be places of hope for the people who reside in those communities.

“The hubs are free to use and you get access to a computer, free internet, and a free phone. People living in Johannesburg have places to go when they want to start a business, but the people in the township or rural areas don’t have that luxury,” he explains.

“People in the township covert their garages to spaza shops or workshops, even into a place to manufacture things, but who helps that guy with an account system for his business? Who helps him with a boardroom where he can meet with existing or potential clients?” he asks.

“The second hub goes up the The Vaal, a site has already been identified and should be ready by March 2019. My dream is to get 249 of these sites up for every one of the 249 municipalities we have, I told my team that I will oversee one to 10 sites, but beyond that we’re going to have to hire someone to do the job.”

Another thing they do is help high growth black-owned businesses that are doing well, but the owners are not correctly managing their finances. The idea is to build systems for these businesses that aid run it properly. Hence My Growth Fund created a programme called top 40.

“We recruited 40 entrepreneurs and now we’re left with 12, the rest fell away. Some people just don’t commit, they’ll make a mental commitment, but don’t do it and we’re relentless, if we give you an instruction to do and you don’t do it, it’s just not worthwhile,” Thembekwayo explains.

Lastly, his business is trying to build a fund. He is currently in talks with local and international partners as to how large the fund they’re trying to build should be.

The entrepreneur also has a YouTube series called My Growth Fund Osmosis where he interviews prominent business people, executives and on occasion celebrities, all of which happen to be his friends or peers.

The show was inspired by personal conversations with Michael Jordaan, DJ Fresh, Mike Fanin and Dr. Richard Maponya that he felt would be worthwhile for other people to hear.

The venture capitalist is also inundated with emails, averaging 500 a day, from people asking him for business advice. Instead of replying to those, he decided to start a YouTube series that would answer all those questions.

The self-labelled Dragon has also launched two books, The Magna Carta of Exponentially, and Business and Life Lessons from a Black Dragon. The first book being more of his personal and analytical nature and the second one more of his life story and journey.