Bringing Randelas to life with an AR experience 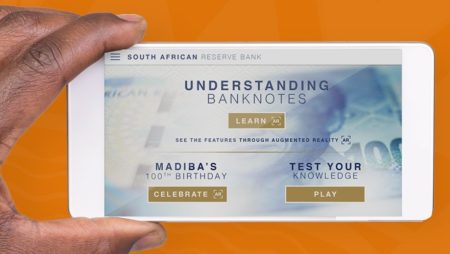 With interesting features such as augmented reality (AR) and a banknotes game, the South African Reserve Bank (SARB) has created a fun, learning experience for South Africans through its currency app. 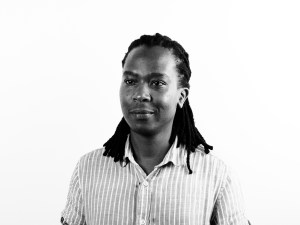 “The SARB was looking for an engaging and fresh way to teach South Africans about the security, technical, design and quality features of their banknotes. It wanted to deepen that education as it launched the commemorative banknotes and R5 circulation coin for the centenary celebration of Nelson Mandela’s birth,” said Lebo Lekoma (left), head of client services at Sea Monster.

Sea Monster has been engaging with the SARB since January 2018 and the app took three months to develop.

“We wanted to deliver an experience that people would voluntarily want to engage with using current technology. We wanted to create moments of joy in an app that users would want to show other people and share,” added Lekoma.

He stressed that the app was designed to provide users with the knowledge to identify genuine banknotes using the security, technical and design features, rather than using it to identify counterfeit notes.

Why use AR and gaming?

The SARB looked at what other central banks around the world were doing and observed that AR was an emerging trend. The behind-the-scenes metrics also showed that AR keeps users’ attention for longer than other means and as a new technology feature, is intriguing and exciting for people. For this reason, the SARB wanted to be at the forefront of exploiting this technology to enhance the education experience of the user on communicating about currency.

No stranger to success

Sea Monster is six years old, in its current incarnation, and was born out of a company that created full-length television animation.

Previous examples of successful work the company has created, include the companion app for Pick n Pay’s Super Animals campaign, which saw half a million local downloads over two eight-week periods.

Sea Monster also made a big splash in the financial services sector with Moneyversity, which explained archaic financial terms to the average South African.