DAN wins LVMH account for North America. Trump does an ANC on media in the US. Facebook boosts its live sports coverage. Mozambican media under threat. Activision moves all its business to OMD. Silver surfers in UK taking up shopping online. 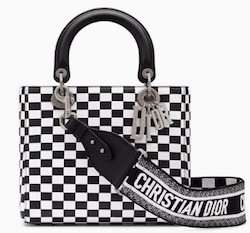 Havas has lost the North American LVMH account to the Dentsu Aegis Network, AdWeek reports. Based in Paris, LVMH owns brands such as fashion icons like Christian Dior, Fendi and Louis Vuitton as well as retailer Sephora, jewellery-makers Bulgari and Zenith, and beverage brands like Chandon and Hennessy.

In a statement, Havas said it had been an honour working with LVMH brands in the US for over nine years, adding that the brands had delivered significant business growth during their partnership. Havas won the account from MediaCom back in 2009.

“The future of the company remains somewhat uncertain as chairman and CEO Bernard Arnault—currently the richest man in France—begins the process of handing the reins of his luxury empire to his five children,” AdWeek reported.

Trump, like the ANC, labels media an ‘opposition party’ 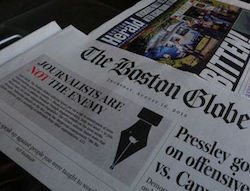 Seems President Donald Trump has taken to copying the ANC’s oft-expressed stance on the media, labelling it an “opposition party”. He lashed out at the more than 350 newspapers across the US who launched a co-ordinated defence of press freedom.

The campaign was led by the Boston Globe and was in response to the frequent attacks by Trump on the media, often calling journalists the “enemy of the people” and dismissing many stories as “fake news”. An editorial in the Globe said America’s greatness was dependent of the role of a free press to speak the truth to the powerful. “… to label the press ‘the enemy of the people’ is as un-American as it is dangerous to the civic compact we have shared for more than two centuries.”

Trump was not impressed. “THE FAKE NEWS MEDIA IS THE OPPOSITION PARTY,” he wrote on Twitter. “It is very bad for our Great Country….BUT WE ARE WINNING!” he said on Twitter (capitals his own).

For the full story in The Independent (UK), click here.

Facebook has boosted its sports portfolio by paying an undisclosed fee to live broadcast all La Liga matches over the next three years, in India.

The social media giant previously secured exclusive rights to broadcast all 380 English Premier League football matches in parts of South East Asia from 2019, in a deal worth $200m. 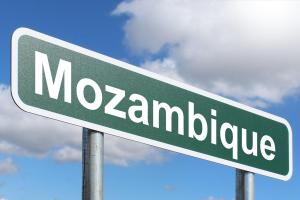 While some countries oppress and silence the media by arresting journalists and media practitioners, the Mozambican government has chosen a slightly different route.

The introduction of new accreditation fees for international journalists and local freelancers is a major threat to journalism in the country, according to Amnesty International.

Video game giant Activision, the brand behind such gaming titles as Call of Duty, and Destiny, has consolidated its global media account with OMD, without a review.

OMD was already tasked with media buying and planning for the brand in North America and Latin America, while GroupM’s Wavemaker looked after media duties in Europe and the Asia-Pacific region.

OMD has been an incumbent since 2011, retaining the North America account in 2012 and 2017, while also adding Latin America to its portfolio.

To find out more about the move, published by Adweek, click here. 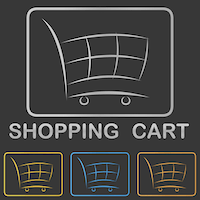 A new report from the UK’s Office for National Statistics has found more than three quarters of the nation’s older residents have bought goods online over the past year.

Nick Carroll, a retail analyst research firm Mintel, told the Telegraph “Online shopping may have been a young person’s game in the past, but now it’s mainstream among older generations.” The reason, the report noted, was that problems facing UK high streets, such as parking difficulties and rising costs, have been exacerbated by e-commerce.

The most popular online buys in the ONS survey were clothes or sports goods, bought by 55% of adults, followed by household goods (48% ) and holiday accommodation (42%).

To read the full story on WARC, click here.