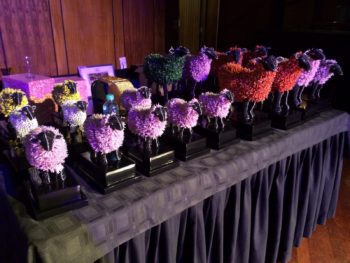 If your agency entered the 2018 SMARTIES Awards – the world’s only global mobile marketing awards programme that honours innovation, creativity and success – judges of your work have been confirmed, says MMA SA Country Director, Sarah Utermark. 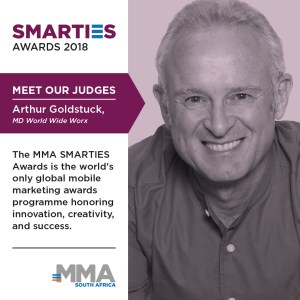 The 12 judges represent a diverse range of top talent from brands and agencies, industry thought leaders, platforms and publishers and include research expert Arthur Goldstuck, Accenture’s Head of Innovation, Rory Moore and MTN’s Group Digital head, Neeraj Ramjathan whose experience extends across 22 markets in Africa and the Middle East. Leading the pack of the brand marketers is Unilever’s Mbali Ndandani, Yum!’s Ben Schoderer and Tiger Brands’s Lunga Ngcime, all of whom are highly respected industry figures.

“This year our judging panel represents some of the best minds in mobile from across South Africa,” says Utermark. “Winning a SMARTIE means your entry met our strict criteria of showing business results and impressed all 12 judges. While creativity is an important criteria to have met, as it engages consumers to act, proving a return on investment is essential to win.” 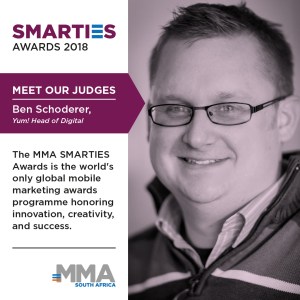 Past winners have included Digitas Liquorice, Yonder and Gloo. “What each of these campaigns have in common is their quest to deliver tangible outcomes. Whether that is by using SMS, video or app downloads, the outcomes are clearly worth their financial investment,” says Utermark.

All 2018 winners will also automatically be entered into the MMA’s Business Impact Index (BII) for its respective regions. The BII is the first and only global mobile marketing index that identifies, ranks and awards top agencies, advertisers, brands and technology enablers that drive significant business impact through mobile-first campaigns. BII winners per region will be announced in April 2019.

For more information about the judges and 2018 SMARTIES Awards visit www.mmaglobal.com.

The week of the Standard Bank Sikuvile Journalism Awards has arrived! They are taking place this coming Thursday. The Investigative Journalism category award is one of the most prestigious at the Awards, but this very important form of journalism is under threat as newsrooms continue to shrink, with technology disrupting media and collapsing its funding model.

“This has impacted in investigative journalism in its traditional form. However, technology is also a fantastic boom for this form of journalism as it provides journalists and newsroom with new approaches not previously available,” says Anton Harber, Caxton Professor of Journalism (Adjunct), Wits University. Harber was a founder and former Editor, Mail & Guardian as well as a former Editor-in-Chief, eNCA.

With this a new form of journalism has come about; data journalism.

The new phenomenon of the last few years, the leakage of large quantity of data such as Paradise and Panama, has only been possible because of technology that is able to deal with massive data dumps.

What is also interesting about these projects, Harber adds, is that they have been done by large collaborative cross border teams and that they are funded by philanthropic foundations.

The winners will be announced at the prize-giving function on 13 September 2018 at the Johannesburg World Trade Centre (known as The Venue Greenpark).

Moonsport has proved its mettle by winning the Sports Industry Awards’ – Young Agency of the Year. 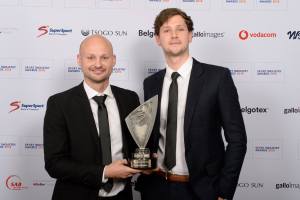 launched in 2014. Originally a digital content syndication business, it’s only in the last year that it has became a fully-integrated, client service, sports business.

“It’s always great to be acknowledged especially in such a competitive industry where one needs to constantly be thinking creatively, innovating and operating differently,” says Trent Key, MD of Moonsport.

The Sport Industry Awards are South Africa’s most prestigious awards in the field, celebrating the best work over the last year. Moonsport was a finalist in four categories; Audio-visual Content of the Year; Best Use of Social Media; Cutting Edge Sports Award and finally, Young Agency of the Year.

In the past year, Moonsport has captured Mark Beaumont’s record-breaking Circumnavigation by Bicycle in an international digital media campaign, constructed and operated the largest digital screen ever seen in Africa at the Cape Town Sevens, won an SAB  Media Award and worked with global federations, personalities and sports codes. From sports presentation to digital content strategy, in-stadium entertainment to video production services, content generation to activations; Moonsport has developed into a sports business of the future, filling in the cracks in the sports marketing world and tackling a diversity of work.

“It’s great to be on the scoreboard. It’s an exciting time for sports content and entertainment in South Africa, there are some great players and lots of opportunities for growth and development,” concludes Key.

The Loeries, a proudly not-for-profit organization has been rewarding creativity for 40 years. As Africa and the middle East’s premier award that recognizes, rewards, inspires and fosters creative excellence in the advertising and brand communication industry, winning a Loerie is the highest accolade for creativity and innovation across the region. The Loeries promotes and supports creativity by helping marketers, agencies and consumers appreciate the value of fresh thinking, innovative ideas and outstanding execution.

The Huggies® Team worked with Ogilvy Johannesburg and The Star Film Company, to conceptualise and execute The World’s First Baby Marathon. “It was daunting as we couldn’t learn from anyone, given that this has never been done before. But it’s been an exciting journey, sometimes unknown and very different to anything Huggies has done before, but it’s been well worth it,” says Morné van Emmenes, Senior Brand Manager: Moving Baby.

The World’s First Marathon babies out did themselves at the Loeries raking in the following awards: 1 craft certificate, 2 silvers, 4 golds and a grand prix.