Brands and agencies around the world are more and more seeing the value that marketing technologies provide. Hence the market now being worth almost $100 billion.

According to a new study, by WARC and Moore Stephens, close to a quarter of total budgets are now dedicated to this area.

The most popular technology currently being utilised is the Internet of Things (IoT) and connected devices, followed a close second by voice tech.

To read more about the report’s findings, published by WARC, click here.

Creative agency Y&R and digital network VML are merging into a new entity, to be called VMLY&R. The Wall Street Journal first reported the news, which was confirmed by WPP.

Newly minted WPP CEO, Mark Read, said it was an important step towards building “a new, simpler WPP that provides clients with a fully integrated offering and easy access to our wealth of talent and resources”. And he added the new agency would be “a powerful brand experience offering and a core agency brand for WPP”.

Read, in his statement, said the two companies had “complementary strengths spanning creative, technology and data services that make them a perfect match.”

VMLY&R will now include more than 7,000 staffers of its own, with key offices in Kansas City, where VML was previously headquartered, in addition to Y&R’s home base in New York. Additional hubs include London, São Paulo, Shanghai, Singapore and Sydney.

AdWeek has the full story. 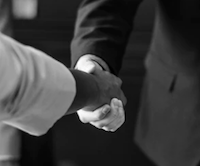 Sponsorships are becoming the new buzzword, seen by advertisers as the new best way to reach consumers.

A new report from WARC stresses that despite concerns about measurable ROI (with fewer than one in five believing they can actually measure the business value return of sponsorships they undertake), it is predicted advertisers will spend $66 billion globally on sponsorships this year.

The report also reveals that, when compared to paid media, sponsorship is the second-fastest growing advertising channel behind internet formats.

To read more about the report’s findings, published by WARC, click here.

Could Netflix introduce ad-supported model? Someone thinks they should… 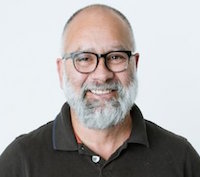 In an interview with Bandt.com in Australia, Wilson pointed out that the streaming market was becoming more clustered as traditional TV and other services challenge Netlfix’s leadership. He said more media companies would shift their content offering to adapt viewers’ behaviour and how they experience their personalised channels.

“The potential growth for subscribers is finite and when Netflix’s will be stagnant, perhaps this is when the platform will change its business model to be ad-supported,” he said.

As opposed to several countries that have been cracking down on international media in recent times, Qatar has done the opposite.

The Middle Eastern country has set up an area for free registration of foreign media companies, in an effort to attract more of them to the country.

In a government statement the reason for the area’s creation was set out as follows: “The free zone for media registration is created to attract international media outlets, companies, research and education organisations in the field of media and digital media and to ensure the support for investment funds, movie and TV production.”

To read more about this development, published by Sputnik News, click here.

#GetOutofHome campaigns for OOH across 50k US sites

The US’s out of home advertising body, the Outdoor Advertising Association of America (OAAA), has launched a national OOH campaign promoting the sector and its power, value and significance. #GetOutofHome will run across more than 50 000 OOH sites, including 27 digital screen networks, in 30 major US markets, in the coming weeks, The Drum reported.

The campaign was created by Publicis New York. As part of the activity, a real-time digital OOH campaign will run alongside Advertising Week New York (October 1-4), inviting attendees to engage in the conversation via the #GetOutofHome hashtag.

“Today’s advertising creatives and media planners grew up with the internet in the palm of their hands; they get digital media and push it forward,” said Stephen Freitas, OAAA’s chief marketing officer. “We want to show them some ideas are too big to stay trapped online. Bold ideas need a bold platform.”

For the full story, visit The Drum.