LATEST NEWS
Home Out of Home OOH in Joburg: When rights go wrong

Posted By: Marcia Kleinon: December 06, 2018In: Out of Home
Print Email 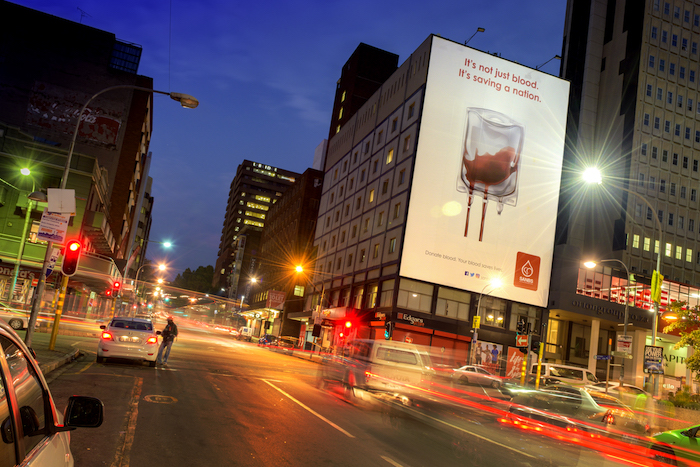 The out of home media business in Johannesburg was regarded as the ‘wild west’ for some years, with regular reports of kickbacks, backhanders and outright bribes to secure advertising sites. Since taking over management of the city, the Democratic Alliance has been intent on cleaning it up.

The City of Johannesburg’s attempts to clean up illegal outdoor advertising are essentially in limbo, as the City and advertisers wait for protracted legal processes on the imposition of bylaws, which have declared certain sites illegal, to unfold.

The City is hamstrung by having to start a legal process with each non-compliant advertiser individually, said Andrew Stewart, strategic advisor in the office of the member of the mayoral committee in the department of economic development at the City.

The out of home media business in Johannesburg was regarded as the ‘wild west’ for some years, with regular reports of kickbacks, backhanders and outright bribes to secure advertising sites. Since taking over management of the City, the Democratic Alliance has been intent on cleaning it up.

Mayor Herman Mashaba’s , which enforces bylaws, extends to illegal outdoor advertising to ensure that media owners act responsibly and that companies booking space on advertising signs ensure the signs have been approved by the City. The City is also pushing for new players to secure entry into the OOH space.

The stakes are high, as OOH advertising revenue continues to grow, especially in emerging markets. PwC’s African Entertainment and Media Outlook: 2017 – 2021 report shows that South Africa is the largest OOH market in Africa, valued at R4.4 billion in 2016 and forecast to grow at a compound annual rate of 2.7% over the next five years. Digital out of home (DOOH) advertising is driving overall OOH advertising growth globally at a compound annual growth rate of 16.2%, it revealed, and over a quarter of South Africa’s OOH revenue now comes from DOOH formats.

“This proportion is set to rise to over 40% by 2021 as DOOH becomes ever more prominent in South Africa, generating revenue of R2 billion,” PwC said.

It said, however, that regulation remains a difficulty in South Africa, and that recent government efforts to crack down on illegal and unlicensed OOH advertising have been a positive development.

While this is being managed relatively effectively in some cities, things have proven more difficult in Johannesburg, where the City has met with a prolonged legal battle with major outdoor player ADreach about the legality of outdoor sites, a fight that has been going since early 2017 and remains unresolved. This has seriously hampered the City’s ability to act and has caused some bad feelings between some industry players and the City.

ADreach and the City entered into a joint venture in 2002 on street light advertising. In March, the City sent ADreach a final letter of demand to remove all advertising from street poles across Johannesburg, saying the Joburg Property Company had issued a notice of termination of its memorandum of agreement with ADreach in February 2017, which ADreach had ignored.

Jack Sekgobela, operations manager for outdoor advertising development planning at the City, told The Media Online that the process of cleaning up the industry and dealing with illegal billboards and other advertising has been slow, “as we still have to take transgressors to court.

“There is a court matter to deal with which prevents us from removing illegal signs before going to court.”

Stewart said ADreach’s “adopt a light” campaign was an add-on to a contract which has expired and ADreach was aware from the outset that it had a fixed term contract which was not ever green in nature.

ADreach CEO Brad Fisher said the case revolves around “whether the city made a commitment to it when it was run by a different dispensation (the ANC), or does the current dispensation have the right to cancel what we believe will prove was a clear cut commitment.

“Linked to that is our determination to prove to the City and authorities that our contract and arrangement is a partnership with the City that has a community commitment aspect which they refuse to honour, and we have now reported this to higher authorities (Treasury) to force them to give a full account of the now close to R140 million that we have paid them for community development.”

Fisher said ADreach agreed in principle with the three major areas the City was trying to tackle, but believed it was “making certain exceptions for certain companies” and singling out ADreach, which was “one of the very few that committed in black and white to complying with all the City’s goals”.

He said one was to remove illegal sites or get money for those, which were not offensive. “On that point, every one of our signs was submitted to the City, which is sitting with a list and approved each site.”

ADreach also agreed to cut down to one third of its footprint, and it agreed with the need for industry transformation and levelling of the playing fields. “In this case not only did ADreach far exceed what they regard as compliance”, but also developed a platform where small billboard companies could collectively get to critical mass and compete with big companies. It also got a scheme approved to link the micro supplier network to big companies so they could invest in them.

It also agreed with the City’s need for revenue enhancement and measures for it to participate in the upside, but there were some OOH players that didn’t even pay for their sites.

He said that in terms of a new bylaw, the City can just decide to remove a sign that it suddenly regards as illegal in its view, irrespective of whether it was legal in the first place.

Rights at OR Tambo

One example of the industry’s frustration, was OOH advertising rights for OR Tambo airport, which have been in limbo for about four years. They were due to be overhauled in 2014, and a tender was issued, but nothing has happened since, with allegations of internal fraud and corruption. OR Tambo did not respond to requests for an interview.

An industry player who did not wish to be named said billboards account for 50% of the industry, with the rest made up of transit media on buses, taxi ranks, train stations, airports and malls, and some smaller niche opportunities in places like golf courses and washrooms.

The DA’s bylaws have been challenged and the process is essentially in limbo, he said. “The City is trapped in litigation with certain media owners, so at face value, nothing has changed on the ground and no illegal billboards have been removed.”

He said Tshwane’s OOH was well managed, bylaws were enforced, there was little or no illegal signage and there is a well-administrated department at the municipality.

In Johannesburg, this was not the case and the “mess is largely historic.”

While Durban has been good in terms of enforcing bylaws, there are also cases under litigation while Cape Town is strict on enforcement.

He said there are still a number of “rogue players” in the industry, and non-submission of applications is widespread. “There is definitely an attitude that if everyone else does it, I will too, and there are players that are specialists in litigation.

“At some stage they are going to run out of legal framework, but it can take the council a year or two to pick up the illegal site and then start the legal process which can take years.”

He said a lot of illegal players don’t pay site rental to council so they are at a huge advantage financially.

Stewart said the legal process was underway. The City has only really just begun to start sorting out the issue, and given the scale of the problem and how many companies are involved – from tow trailers to street poles, “we have quite a lot to get our way through”.

He said the City had to get interdicts against each company, which made the process long and costly. “Currently that’s the only way.”

Asked about ADreach’s contention that only some companies are being targeted, Sekgobela said: “We are targeting illegal signs, not companies or people.”

Despite challenges with bylaws, the industry is growing and its opportunities are significant. Provantage Media Group CEO, Jacques du Preez, said OOH advertising is growing. Five major players have formed an OOH measurement council (the OMC), with audience figures and reach frequency for all billboards. “We are proving the efficacy of the media type so that advertisers can work out return on investment”.

He said DOOH is “one of the fastest growing categories in the world”.

Trying to reach consumers through TV, radio and print has become less efficient and more expensive than ever before, and even on mobile platforms, they can switch off advertising, he said.

“OOH is the last media type where we control that exposure … and at a fraction of the cost, so the penny is starting to drop in terms of value, audience, frequency and guaranteed exposure our medium delivers. Adding digitisation to the category can change communication instantaneously,” says Du Preez, adding that, “Over time you will see enforcement of bylaws and legislation being properly applied, and this will benefit and grow the category”.

Marcia Klein is a freelance journalist and former editor of Business Times.