New Media scoops gold and silver at the Pearl Awards 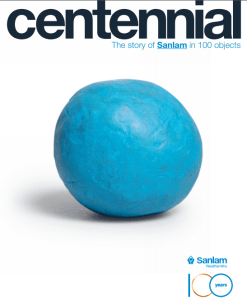 continues to rake in the awards with a category clean-up at the Pearl Awards, which were held in New York. In the Best Print Experience (B2C) category, New Media won both the gold and silver awards with their publications for Sanlam and Woolworths.

Taking gold, the Sanlam Centenary magazine was one of a series of publications produced for Sanlam to celebrate its 100th birthday in 2018. Woolworths TASTE magazine took the silver for the March 2018 edition of the incredibly successful monthly title.

Run by the Content Council in the USA, the Pearl Awards receive hundreds of entries and recognise the very best in content excellence around the world. This year agencies from the US, UK, Sweden, Canada, Australia and South Africa were recognised for their world-class work.

TBWA\Worldwide was named Adweek’s 2018 Global Agency of the Year. They last won the award a decade ago in 2008.

TBWA was recognised based on the strength of its creative product from numerous agencies around the world for an array of global clients, including Apple, Nissan and McDonald’s, among others. The Adweek profile can be viewed here.

Regionally, the TBWA\ collective has also enjoyed a strong year with recognition as Regional Network of the Year at this year’s Loeries and leading the South African polls at Cannes, One Show, the Clio’s and D&AD. Both TBWA\Group and TBWA\Hunt\Lascaris currently lead the Creative Circle ranking for 2018 as leading South Africa Group and Individual Agency, respectively. GRID Worldwide recently secured the title of Specialist Agency of the Year at the AdFocus awards for the seventh time.

Internationally celebrated copywriter and Leagas Delaney co-founder and chairman Tim Delaney is to deliver the creative keynote address at the FEPE International Congress in Dubai from 1-3 May 2019.

Delaney’s long career in advertising includes being appointed creative director of BBDO in London at the age of 27 and managing director at 32. He co-founded Leagas Delaney with Ron Leagas in 1980.

A true internationalist Delaney was inducted into the China Advertising Hall of Fame in 2017 where he received a Lifetime Achievement Award. There he offered five tips for success in advertising. These included the belief that creativity can change the fortunes of brands, make technology your servant not your master and retain your sense of wonder. 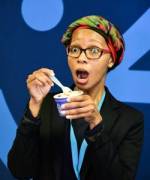 Ads24 has named Merissa Himraj as the winner of its “What Type of Sunday Sundae Are You?” competition. Himraj won a break for two people to the Wilderness in the Western Cape.

To amplify the message participants were encouraged to enter the Sunday Sundaes online quiz, which used an algorithm and carefully crafted questions to identify which Sunday title best suited a particular personality. The results were sometimes surprising and served to enforce the idea that readers’ interests often range across titles. 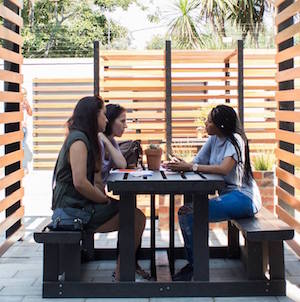 It’s been another proud year for Vega, a brand of the Independent Institute of Education (The IIE), as the School, its navigators, and students from various fields of study were recognised and awarded at the Loeries, Pendoring, Goldpack, PG Bison 1.618, #YouthTube2018 and PromaxBDA Future Awards.

For the third year running, Vega has once again ranked one of the top three educational institutions in South Africa in the Loeries student category, while four Vega navigators – Alex Sudheim, Christiaan Graaff, Conrad de Kock and Mathew Mjindi – were named in the Loeries top 10 navigators.

In the student category of the 2018 Gold Pack Awards, Christin Hart from Vega Cape Town came second in the Water Project category, with help and support from her navigator, Shane de Lange. Hart, a final-year student studying Creative Brand Communication, submitted a brand and packaging concept that communicates water as the essence of life.

Mpho Moshikaro, a third-year Vega Bordeaux student, won a coveted Gold Muse at the 2018 PromaxBDA Future Awards for his entry, #Beyond76, a campaign that explores the role that the youth has played in the transformation of South Africa. He will attend the PromaxBDA Africa 2018 Conference and will also receive a three-month paid internship with T+W as part of the award.

Last but not least, Kayla Vieira, a BA in Interior Design Student, and her navigator Nicole Mason, were awarded second place in the PG Bison 1.618 Education Initiative design competition for her take on this year’s brief – to devise a plan to redevelop the historic Johannesburg Gas Works.