LATEST NEWS
Home Broadcasting Roll-up screens and 8K resolution: what the future of television looks like

Roll-up screens and 8K resolution: what the future of television looks like

Posted By: The Conversationon: January 15, 2019In: Broadcasting
Print Email 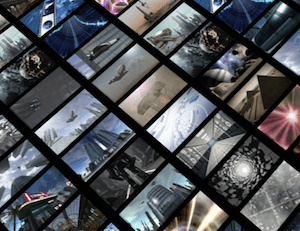 The Consumer Electronics Show (CES) wrapped-up in Las Vegas last week. The annual event gives enthusiasts a taste of the latest gadgets and devices on the horizon of consumer technology.

This year, we saw advances in digital health, new integrations for voice assistants, an expanding door to secure your deliveries (which can be heated or cooled), a machine to fold your clothes, and even a flying vehicle.

Television technology was, once again, a focus. LG introduced a roll-up TV screen, we saw more inbuilt technology and integrations, and bigger and better pictures.

So what does this mean for the future of television in Australia?

What we mean when we talk about TV

Before we get into the technology, let’s have a chat about screens.

Television content is no longer limited to the television screen: we can now view it on our mobiles, tablets, desktop computers and laptops.

And research shows Australians are increasingly consuming media across multiple screens. In 2017, the average Australian home had 6.6 screens, up from 5.4 in 2012. This trend is likely to continue with the expansion of screen-based technology.

Companies such as Microsoft and Google are continuing to invest in the development of virtual, augmented and mixed reality technology. Take mixed reality glasses, for example, which were again showcased at CES this year.

These types of glasses have the potential to make the traditional television screens obsolete, by effectively giving users a mobile screen that allows them to view media of size, anywhere they want.

The future of the TV screen as we know it

After flirting with 3D television earlier in the decade, manufacturers have decided to cease investing in the technology, which means there was no 3D television at CES this year. Instead, we saw upgrades to traditional screen technology.

The most talked about was LG’s rollable screen television. It’s not quite origami, but it’s close. Imagine those old roll up projector screens integrated into a low TV unit, with a 65 inch OLED (organic light-emitting diode) TV screen and 4K resolution. The screen also allows you to partly roll it down to remove those annoying top and bottom black bars, used in films of a wider aspect ratio.

In addition to rollable televisions, a number of brands showcased their 8K televisions. Unfortunately the increase in image quality won’t mean much for Aussies, other than a potential drop in the price of 4K televisions. Here’s why.

Currently, the maximum broadcast quality of free-to-air television in Australia is high definition (1920 x 1080 pixels). Some secondary channels are broadcast in standard definition (720 x 576 pixels). If you’re watching on a 4K (3840 x 2160 pixels) or 8K (7680 x 4320 pixels) screen, the image will be a much lower quality than you would expect, essentially pixelated.

While Foxtel has recently launched its dedicated 4K cricket channel, there is no clear sign of when, or if, other broadcasters plan to embrace broadcast technologies that offer greater resolutions – even though freeing up spectrum space was part of the reason for ending community television use of the broadcast spectrum.

So take note anyone planning to purchase an 8K television in the near future: you may have difficulty accessing image quality that will match the screen’s potential.

One technology that has the potential to deliver higher image quality is video streaming. Operating via the internet, video-on-demand (VOD) services could adapt far quicker than Australia’s traditional broadcasters.

And the VOD market will continue to expand in Australia in 2019.

We recently saw the launch of Network Ten’s subscription video-on-demand (SVoD) service, Ten All Access. It integrates Ten’s local programming with programming from the service of their US owner, CBS All Access.

A new dedicated sports streaming service, Kayo Sports, has also recently launched. The service leverages the current media rights obtained by Fox Sports, which allows for more than 50 sports to be delivered by the service.

Stan, one of the original SVoD services launched in Australia, has had a recent upgrade, obtaining the rights to stream Disney content. Disney has announced in will launch its own VOD service in 2019, although it’s currently unclear whether it will be available outside of US. But the deal with Stan will give Disney an indication of Australia’s appetite for its content.

Bandwidth is an issue

In addition to the introduction of new services, streaming continues to be integrated into Smart TVs, with Samsung announcing at CES that it will integrate iTunes into its TVs.

The use of internet-connected televisions is increasing in Australia. While 27% of households owned one in 2014-15, the figure jumped to 42% in 2016-17. But bandwith could impede streaming services from delivering higher resolution content. While more than 86% of Australian households have internet access, speed is an issue.

Netflix already offers a 4K option, but recommends “a steady internet connection speed of 25 megabits per second or higher”. According to a 2017 Ookla Speed Test Global Index, Australia was ranked 55th in the world for fixed broadband. With an average download speed of 25.88 Mbps. This speed is to be shared across devices in the home, making the Netflix 4K recommendation unattainable for many.

Marc C-Scott is a senior lecturer in Screen Media at Victoria University.

This article was originally published on The Conversation and is republished with permission. Read the original article.