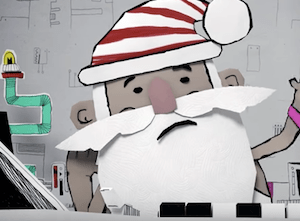 Woolworths made headlines yet again, and created a social media storm, with the retailer accused of stealing a product idea and design from small business, Ubuntu Baba.

The baby carrier the retailer stocked looked and operated almost exactly the same as the one developed by Ubuntu Baba founder Shannon McLaughlin. She wrote a blog post calling out the retailer, which led to a social media backlash against Woolworths. Here are some of the best tweets, with many mocking the retailer for ‘appropriating’ ideas and products:

Ans so it begins… #Woolworths pic.twitter.com/CNoHIptKpX

And yet again… You promise not to steal again…? Seems to be a issue within your company… We as a family have decided not spend our hard earned money in your stores. #Woolworths #EntrepreneursStickTogether

The power of social media bringing a big corporate to it’s knees. Oh shame on you #Woolworths ??‍♀️

According to Vumani Ncube, head of paid search performance at Hoorah Digital, this situation illustrates how important it is for brands to protect their digital assets.

“Brands need to look beyond marketing when it comes to their digital assets,” says Ncube. “They also need to ensure that they’re protecting their product’s visibility and reputation.

“Whether you’re a startup or a multinational, it’s vital that you conduct regular digital audits,” Ncube adds.

“Are you getting the most out of your paid and organic search efforts? Is your website performing as well as it could be? Do you have a social listening strategy in place? Are you analysing the competition and their tactics?”

According to Ncube, by looking at these factors, brands can ensure that they’re always one step ahead of the competition, no matter what size it is.

The latest development in the saga was that Woolworths admitted defeat in this series of tweets, after meeting with McLaughlin.

We met with Ubuntu Baba today and have completed our investigation into the allegations of copying.

While there are differences in our baby carrier, there are striking similarities which we acknowledge and take responsibility for.

We are removing all product from our stores and online. Customers who wish to return their product may do so for a full refund.

We remain deeply committed to the development of small businesses in South Africa.

We are intensifying the training of our people, our suppliers and partners on our values-based approach to design and sourcing.

We have sincerely apologised to Shannon personally and we would like to offer our heartfelt apologies to our customers who expect more from us.

This is not in line with our values and goes against the very clear policy and creative guidelines we have in place for our design process. This lapse in process is being addressed internally.

This is not the first time that Woolworths has been embroiled in a plagiarism drama. In 2012, soft drink manufacturer Frankie’s accused the retailer of copying its flavours, packaging, the blond woman on the bottle and its brand tagline for their own soft drink line. In that battle, Frankie’s won, with Woolworths forced to remove the offending branding from its product range.

Then in 2013, Euodia Roets, an artist, illustrator and designer for Touchee Feelee accussed Woolworths of stealing her design of a hummingbird.