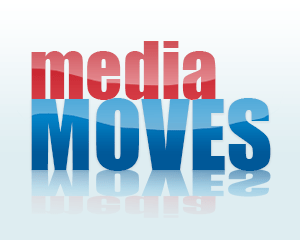 Procter & Gamble (P&G) has announced a new commitment around a number of initiatives that will promote gender equality across the Indian Subcontinent, Middle East and Africa (IMEA) region. The declaration, which was made by P&G’s IMEA and APAC President, Magesvaran Suranjan during the company’s inaugural #WeSeeEqual Summit in partnership with UN Women in Mumbai, India, is part of the company’s citizenship focus on being a Force for Good and Force for Growth. 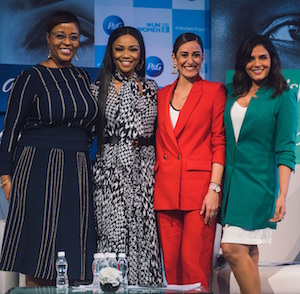 “Gender equality is a core belief at P&G. Creating a world free of bias with equal representation and equal voice for everyone is both the right thing to do and the right business choice,” explained Suranjan. “We also want to spark conversations and change mind sets as champions for the cause of gender equality across the region. We will leverage the full strengths of our business and operations, and our advertising voice to tackle gender bias and encourage women’s economic empowerment.”

Over the next three years:

Co-hosted with UN Women, P&G’s first IMEA #WeSeeEqual Summit brought together business and government leaders, and influencers to share inspiration and surface insights around the myths that prevent us from accelerating our progress for gender equality.

Dr. Phumzile Mlambo-Ngcuka, Under-Secretary General of the United Nations and Executive Director of UN Women, said, “To get irreversible progress in gender equality takes sustained, intentional action. We need to work together on this wherever those inequalities are present – in schools and offices; in the media; in sports arenas, farms, factories and houses of parliament. We’re driving for practical changes, like supply chain agreements that bring good business to women-owned companies, at the same time as we change the narratives about the place and power of girls and women in society – so they are both seen and treated as equals.” 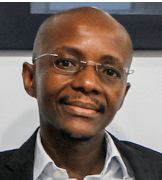 Donald Liphoko has been named as the new marketing director: Sub-Saharan Africa for global out of home company, JCDecaux.

“JCDecaux Africa is excited to welcome Donald to the team – he brings a wealth of media experience to the role,” said JCDecaux group sales and marketing director: SSA, Adelaide McKelvey.

Most recently, Liphoko was director general at the Government Communication and Information System (GCIS) and was the acting CEO at the Media Development and Diversity Agency. 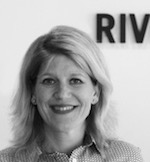 Bridget Johnson needs little introduction in the ad industry. For the past 20 years, she’s been building her career as a respected creative, who has made her mark on multiple brands, winning numerous local and international awards for both creativity and effectiveness. 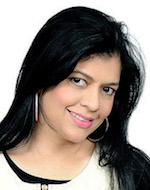 Nishara Naidoo has been appointed as the sales and marketing manager at Umfolozi Hotel Casino Convention Resort, primarily responsible for positioning the resort as the ultimate entertainment destination in KwaZulu-Natal.

Naidoo graduated with an honour’s degree in Drama and English from the University of KwaZulu-Natal in 1997.

Her career spans 20 years and includes prominent roles such as in Senior Events Manager at the Durban International Convention Centre, Group Head Account Director for Africa, Middle East and Turkey at The Hardy Boys, and Brandy Strategy Consultant for the eThekwini Municipality and Moses Mabhida Stadium. She has also worked on and produced events like The Vodacom Durban July Boomtown, The Midmar Mile, and various international and local concerts and exhibitions.

Some of South Africa’s best loved locally produced TV shows will shortly be available on an over-the-top (OTT) platform after the South African Broadcasting Corporation agreed on a deal with Viu, operated by PCCW Media and Vuclip.

This means programmes such as Uzalo and Skeem Saam will no longer be available on YouTube once the exclusive digital rights migrate to Viu at the end of February. As part of the agreement, Viu will also gain access to a slate of  premium library content for a period of 24-months. Read the full story here. 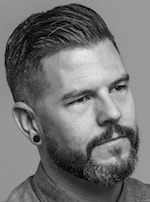 According to Hoorah Digital CEO and co-founder Shaune Jordaan, the acquisition is a chance for the consultancy to ramp up its creative capabilities. 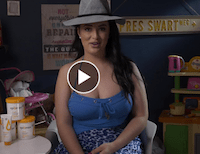 Caxton Magazine’s Living & Loving brand, one of South Africa’s favourite and most trusted authorities on pregnancy and motherhood, has expanded its consumer touchpoints to include a new online video series aimed at moms and moms-to-be.

“Following a five-episode trial series at the end of last year, we’re thrilled to announce that we have secured a ten episode series that will run from the 6 March to 15 May with brand Epi-Max having full exclusivity for these 10 episodes,” said Living & Loving editor Sonya Naude.

“The original five-episode series featured the Epi-Max brand, a range of emollient moisturisers suitable for the whole family, and was produced by Life in a Bulb productions. The series featured popular Mommy blogger Melissa Swart and we were honestly blown away by the results,” she says. “Our ‘getting your body back after baby’ had a reach of over 19 000 people and over 3 500 engagements. It’s a topic that clearly resonated with our audience.”

The IAB SA has launched an exciting new series of strategically aligned events for the digital industry. Held in partnership with Meltwater and The Radisson Hotel Group, the series will give the industry smart, actionable and meaningful insights to make better digital decisions that are rooted in global best practice and industry trends.

“One of our core goals as the IAB for 2019 and beyond is to empower the media and marketing industry in South Africa to thrive in the digital economy,” said Paula Hulley, CEO of the IAB SA. “The best way to kick start this is through targeted, honest and insight-driven conversations – we can all learn from one another.”

For the first quarter, the series is focusing on ‘The Future of Work.’ The first event was held on 24 January, with two to follow on 22 February and 6 March. 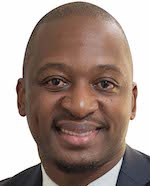 “The Property Buyer Show will allow us to improve the range of services we offer to our customers by creating a rounded offering that covers the whole property life cycle. It will also position us favourably for what we believe to be the next great opportunity in real estate: the growing numbers of South Africans who are entering the middle class and looking to begin building wealth through property,” Mwela said.

The Show began in 2017 and its five events have attracted over 15 000 visitors. The 6th Property Buyer Show will be held in Cape Town in April 2019. 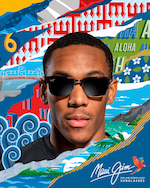 As part of the agreement, Maui Jim eyewear will be available to fans in the Old Trafford Megastore from 26 February. They will also celebrate the partnership by launching a co-branded eyewear collection designed with fans in mind later this year.

“Maui Jim is a revolutionary global eyewear brand that is one of the largest and most innovative producers of sunglasses in the world. I’m delighted that they will be joining the United family and creating a range of exclusive eyewear pieces specifically for our fans,” said Manchester United’s group managing director, Richard Arnold. “Our partnership with them demonstrates the club’s ability to attract the world’s most premium brands.”

Basebone, an international mobile entertainment service which launched in South Africa in 2007, has seen unprecedented growth thanks to the recent introduction of Afrocentric films, documentaries, games and lifestyle content. The increase in consumption is also being seen across Africa and Europe.

According to Benito Alvarez, chief marketing officer of Basebone: “Our increase in user engagement is based on a global content strategy plan to support local game developers and film makers and give them a platform to share their great work. We have partnered with a number of content providers from Africa and have noticed that ‘local’ is indeed lekker. Our three million South African subscribers are engaging with more content than ever before, and that content is rooted in Africa. There has also been an increase in Afrocentric content being consumed across Europe, with a 78% increase in France and a 35% increase in the UK.”

Content including Cassper Nyovest: Fill up the Dome, Kenyan soap opera, Noose of Gold, and Nigerian telenovela, Taste of Love, have contributed to a 326% increase in movie consumption since August 2018. 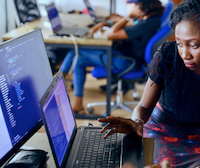 The objective of the Advertising Code of Practice Social Media Guidelines is to protect consumers by encouraging brands to exercise ethical constraints on paid social media campaigns. The guidelines were first introduced to the digital industry in October 2018, followed by a defined consultation period and a date for formal adoption thereafter.

“This important addition to the Advertising Code of Practice has been written for the industry, by the industry. It was an important part of our process to invite and acknowledge key stakeholder perspectives in finalising the document,” said Matthew Arnold, chief engagement officer at VML and the IAB SA Agency Council.

The Advertising Code of Practice Social Media Guidelines was spearheaded by the IAB SA; Gail Schimmel, CEO of the Advertising Regulatory Board; and Terry Murphy of The Marketing Mix. They have been supported by a relevant collective of industry bodies and stakeholders, including brands, agencies and publishers.

The guidelines will be released in April 2019. Gail Schimmel, CEO of ARB will present at the Digital-In-Law SA Briefing taking place in Jhb on 29 May, with a focus on the new social media section of the Advertising Code of Practice.

The Global Advertising Lawyers Alliance (GALA) has announced that it will hold its third annual “Advertising Law in the United States & Around the Globe” seminar at The Yale Club in New York City on 22 March 2019. The seminar, which is free to attend, will be held in conjunction with GALA’s Annual Meeting on 21-22 March 2019.

South Africa’s Jennifer Pienaar, a partner at Adams & Adams, is one of the speakers.

“Whether you’re creating a global advertising campaign, or simply promoting your brand on social media, it is critical to take into account the different laws, self-regulatory guidance, and cultural concerns that may apply,” said Jeffrey A. Greenbaum, GALA Global Chairman and Managing Partner at Frankfurt Kurnit Klein & Selz in New York City.  “We are very pleased to bring together leading advertising lawyers from around the world to help marketers successfully navigate these challenges.”

For more information, or to register, go to www.galalaw.com.  For additional questions,  contact GALA’s Executive Director Stacy Bess at sbess@galalaw.com.