Creative agency Bartle Bogle Hegarty London (BBH) has retained Barclays as a client following a review earlier this year. The Drum has reported BBH London is working on repositioning the British bank.

Karen Martin, managing director of BBH London, told the magazine the agency was “incredibly proud” of the work it had done for Barclays over a period of 17 years, but that they would “never rest on our laurels”.  She said BBH had pitched against some of the best agencies in town but that BBH’s “deep expertise and future-facing skills proved that we continue to be the best creative partner for Barclays as it enters its next chapter”. 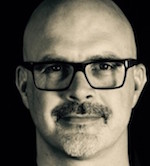 WPP’s Mindshare has launched a new division. The aim of +49 Media was to implement more effective media strategies and more efficient buying in Canada for brands and independent agencies based in the United States, said Devon MacDonald, CEO, Mindshare Canada (left).

“We created +49 Media to support agencies and brands interested in growing their footprint in the Canadian market and connecting with the Canadian consumer,” said  MacDonald. “Think of +49 as an extension of a client’s existing marketing team with a mandate to support their media investment in every channel to reach the Canadian audience.”

Operating out of Los Angeles, +49 Media is led by Billy Poole, vice president, business development, who brings comprehensive media experience from working in media sales with all media platforms for the top media suppliers in the Canadian market.

For more, check out the story on PR Newswire. 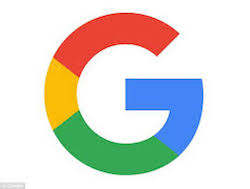 Google bans six million ads every day. That’s according to its Bad Ads Report 2018, which reported taking down a total of 2.3 billion misleading ads and one million bad accounts – twice as many as in 2017.

Google defines bad ads as ‘misleading, inappropriate, or harmful ads’ that violates its advertising policies and pose a threat to users, Google’s partners, and the “sustainability of the open web itself.“

Google also kicked around 734 000 publishers and app developers off its ad network and completely removed ads from almost 1.5 million apps. The company said it was able to “take more granular action” by cutting ads from nearly 28 million pages that violated its publisher policies.

It also worked with White Ops and the FBI to take down an ad fraud ring that generated over 3 billion bids daily at its peak.

For more on this, read the story on The Drum. 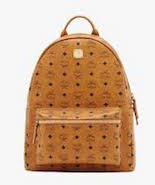 Another day, and another win for Publicis Media.

Having embarked on a review, luxury travel and lifestyle brand MCM Worldwide has chosen Spark Foundry as its global media agency of record.

The agency will handle global strategy, content, digital buying and data and analytics for MCM across its US, EMEA and APAC markets.

Perform Media, the holding company of sports-streaming platform DAZN, has been rebranded as DAZN Media.
The new entity will be responsible for global media partnerships, in addition to managing all commercial inventory across DAZN properties.
DAZN will remain a central part of the new strategy and direction, with DAZN Media pushing media partnerships, sponsorship, and advertising as it pertains to the burgeoning live-streaming service.
Sports Video Group has the full story, here.

Data management is increasingly becoming more of a focus for advertisers and agencies globally, according to a new report from Adobe.
The Digital Trends 2019 Report highlighted that the main priorities included improving the way data is collected and consolidated onto a single platform, and the better use of data for more effective audience segmentation and targeting.
Ownership of data was a significant element, with respondents stating that they no longer wanted external advertising platforms or “walled guardians” to be keeping the data they utilise.

To find out more, published by WARC, click here.