The Copyright Amendment Bill: A ‘diabolical example of repression presented as freedom’ 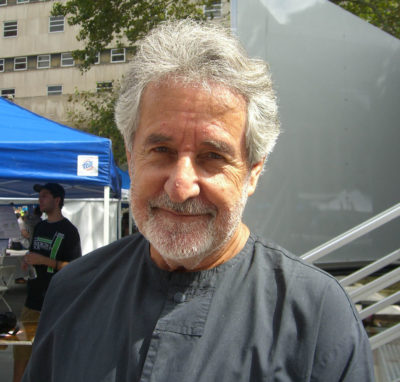 
Writers will stop writing, artists will stop producing, and content creators will stop creating. This is as a result of the new Copyright Amendment Bill, which will impact significantly on people’s remuneration for their intellectual property.

Eminent writer, painter and poet, Breyten Breytenbach, is opposed to the bill because it would “cause the impoverishment and ultimately the eclipse of culturally creative South Africans forging our diversity of experiences, histories and aspirations in a common destiny – the very basis for nation-building, the safeguarding of memories and the enactment of ethical imagination”, he said.

A diabolical example of repression presented as freedom

According to Breytenbach, the law meant that he could no longer publish or exhibit in South Africa and would have to recourse to whatever international treaties or conventions there may be to protect whatever contributions he may have made to South African culture.

“Nothing can be more inimical to the noble intentions underscoring the proposed law, to wit: that those who have the skills and the experience of their craft ought to be enabled to pass along these to our fellow citizens deprived of the means or the environment conducive to the enactment of knowledge and culture,” he said. “True enablement is always a process of ‘letting a thousand flowers bloom’. This law will inhibit and obliterate all true and indigenous creativity.

“I will be honour-bound to make it clear by any means at my disposal that this law, if enacted, destroys the notions of plurality and responsibility and generosity – indeed, of the equality and the dignity we fought for – in the name of ‘fair access’. That it is a diabolical example of repression presented as freedom to the means of learning and culture of my fellow citizens,” he added passionately.

When the bill was drafted, he elaborated, only one business model was considered, that of broadcasters airing programming featuring performers, failing to consider how it affected other business models which applied in the creative industries.

Many reasons to oppose the bill

In a document sent to The Media Online, Nick Cloete, chairperson of Animation SA, outlined six reasons why he is opposed to the bill:

1. It contains provisions which will have unintended consequences for the creative economy.

2. It will fail to be practically enforceable.

4. The language and definitions are confusing, conflicting and vague, which will create a climate of legal uncertainty

5. It will harm those trading within creative industries – the same people the bill aims to protect.

6. It will not withstand constitutional muster and so, where it would have achieved its stated objectives and does not cause harm, it will fail to protect creators if ever tested.

“We have copyright so that creators can be remunerated for the work that they do,” Khethiwe Ngcobo, from the Independent Black Filmmakers Collective, stressed. “This bill seeks to erode a lot of that, and doesn’t protect the creators in any way. This is a user’s bill, rather than a creator’s bill.”

She added that in the television space, creators have been in a position for years where they hadn’t been paid sufficiently to be able to create proper businesses (with many of them going bust) and that this bill didn’t go far enough in changing this situation.

She admitted the bill did have good intentions, but pointed to its flawed execution. “We have an education system in South Africa that is broken and artists and people in the arts shouldn’t be made to pay for that broken system. We can’t be at the mercy of this broken system and that’s what it is,” she said.

“Yes, we understand that there needs to be a balance in the bill, but we as artists are already in a terrible position and now we’re being told we can’t even earn money for the work that we do because of the rights of users. How does that make us make more work?” she asked.

“How will South Africa be part of the global knowledge system, if we are not making any work and being remunerated? There needs to be balance, but it can’t be on our backs, we can’t be paying, instead of government fixing the education system.”

A piece of legislation that started out with good intentions (to promote access to information and artistic work for more people) now has serious implications and impacts for creators, due to what has been included in it.

The bill hasn’t been signed into law by President Cyril Ramaphosa yet, one can only hope that lawmakers see sense and send it back to be amended even further, after more public consultation. If not, the livelihoods of creators, artists, writers, entertainers will all be at stake.