LATEST NEWS
Home News Media Mecca Future-proofing brands: Keep up to date with and listen to the next generation

Future-proofing brands: Keep up to date with and listen to the next generation 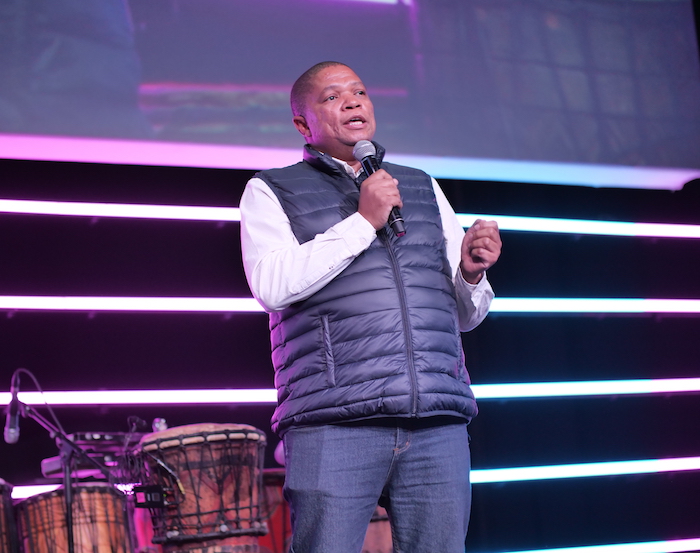 
(“It’s all that the young can do for the old, to shock them and keep them up to date.” ~ George Bernard Shaw)

No sooner had I submitted my previous column, in which I wholeheartedly concurred with the view of Ad Contrarian, Bob Hoffman, that most marketers dismally fail to acknowledge the value of the mature market, than I found myself attending the Sunday Times Generation Next Conference 2019. As I settled into my seat, I could not but help hearing the voice of one of my kookier acquaintances, gleefully pointing out that “the universe balances things out”.

Indeed, Eben Gewers, deputy GM Group sales and marketing of the Tiso Blackstar Group, opened the conference by reminding us that, while the youth may not yet have money in their pockets, they certainly exert a significant influence over the spending decisions of their parents. Secondly, he suggested that marketers, intent on future-proofing their brands, would do well to focus on the youth, who will play a large role in shaping the future. The packed programme comprised speakers, interviews and panel discussions with members of the HDI Youth Marketeers junior board of directors.

I will touch on some of the key points which stuck in my mind.

Bogani Chikanda, CEO of HDI Youth Consultancy, pointed out some trends that marketers should note: the growth of voice enabled technology, the continued effectiveness of local influencers, e-sport, e-commerce, video streaming and the work revolution.

In particular, I was intrigued by last mentioned development, where he highlighted the shift to the idea of work being judged by value delivered rather than time spent: the measure being did I complete the tasks set for me, rather than arrive at 08h30 and leave at 17h00. If I have done the former by 15h30, why should I hang around, or why should I not focus on curating my next playlist? (

I began to empathise with my contemporaries still working in agencies and struggling to understand their young team members!) Chikanda also mentioned how Slack’s collaborative software means that remote working is eminently possible, and how teams, working across time regions, can deliver projects in compressed timelines. He also reminded us of the importance of the “side hustle economy” to the young: sometimes driven by the need to make ends meet, but sometimes by entrepreneurial motivation or passion.

Self-described ‘entrepreneur, industry pioneer, social media and branding strategist’ Mummy Mthembu-Fawkes, suggested that African youth were different to the youth of the rest of the world, because of their relatively limited access to the internet. She elaborated interestingly on the issue of “access”, saying that the youth were more interested in access than ownership.

As she put it why inflict the painful expenses that accompany car ownership, repayments, petrol, parking and insurance on yourself when Uber is at hand? Similarly, why entrap yourself with a 25-year bond, when you can simply rent, or even better, stay in one’s parent’s home with full services supplied?

For the young travel experiences trump home ownership. (At this point, I was beginning to believe that the youngsters are onto something.) For the youth who enjoy digital access, many traditional services are irrelevant said Mthembu-Fawkes: they have access to the information for them to diagnose their own ailments, or they could turn to crowd-funding and angel investors as alternatives to the notoriously rule-bound banks, when looking for entrepreneurial funding.

Their digital ecosystem gives them the freedom to choose who they wish to access and who they wish to collaborate with. This freedom clearly extends brand choice, and, therefore, she warned brands whose idea of social proofing was simply to close the comment section, that such failure to understand and engage with the youth could ultimately destroy them.

YellowWood MD, Refilwe Maluleke, shared some early insights from a soon to be released study, which examines needs and attitudes in South Africa. She made the point that very little had changed since the previous study, and added that the youth tended to score negatively, compared with the adult population as a whole, in many areas.

While this might be construed as concerning, she pointed out that it is understandable: the young lack the perspective that older people have to help them contextualise problems and difficulties. Everything looks more dramatic if you don’t have experiences to provide benchmarks. In fact, the youth now have social media assuring them that life is awesome for everyone else!

Maluleke explored four areas. Firstly, the youth scored comparatively low on the measure of ‘I feel like I play an important role in my community’. She suggested that this presented the opportunity for brands to highlight and acknowledge youth achievement.

Secondly, on a physiological level, youngsters scored much lower than the rest of the population on the question of ‘I do not do enough physical activities to keep healthy’. Despite initially sounding counter intuitive, Maluke explained that the benchmarks used by youngsters are those of their schooldays, rather than a pragmatic middle-aged view that making it a couple of times a week to the gym is an achievement. Here the opportunity was to help them contextualise realistic levels of activity.

The third area where the young scored low was rights and responsibilities, where they did not feel ‘all South Africans are treated equally and with respect’. The opportunity for marketers is to acknowledge the wrongs and injustices in society and aim to be on the right side of history.

The fourth area Maluke addressed was attitudes to legal matters, where she pointed out that one would expect youth to be at odds with authority: indeed, they did score lowly on the belief that ‘authorities enforce the law’ and ‘police act within the law’.

A key theme that emerged from the panel discussions was that ‘influencers’ are alive and well in South Africa, whatever gloomy prognostications may be circulating globally. Members of the HDI junior board of directors showed a clear preference for micro-influencers over celebrities and macro influencers.

This should be music to the ears of budget conscious marketers; what the youngsters are looking for is authenticity and honesty. Over-used celebrities engaged in multiple staged endorsements don’t ring as true as someone whose interests actually resonate with a brand. They were keen to see fresh faces and to see social media opportunity opened up for more people. They follow people for their “aesthetics, what they stand for and what it means for me”.

Idealistically, they also felt that influencers should gravitate to brands naturally rather than being chosen by brands. Of course, #WooliesWaterChallenge was the textbook example at the forefront of everyone’s minds. The newly minted star status of Qhama Sinkila, Gomolemo Nkwana, Banale Moss and Itumeleng Moboko was evident in the audience reaction to these guys. In the words of Robot Booi, these guys have both “fame” and “influence!”

Perhaps predictably, there was a sense that marketers often did not “get” the youth and could come across as condescending when they used superficial signals to show they were in touch. Repeatedly the panel participants pleaded for marketers to “just ask” and to bring young people to the table. It was simple but sage advice. The conference was a useful demonstration of how our youth does, indeed, think differently; if marketers are to engage successfully with them, listening to them must be the starting point.