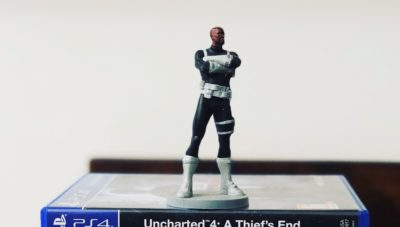 [PRESS OFFICE] With Father’s Day being the next major seasonal event for marketers, brands and researchers to consider, we’re taking a look at new insights into the “dad” market, how it has shifted significantly in recent years and how to market successfully within it.

We interpreted the data from three recent studies, namely, a MDG “Marketing to Dads” study, a GFK study which provided insights into South African dads and finally, a study called “The state of SA Fathers” conducted by StatsSA.

Some insights to note include the following:

Today’s modern dads are redefining fatherhood by spending more time with their kids and families, and doing a much larger portion of the household and domestic purchases than ever before. These modern dads don’t necessarily fit into the traditional stereotype and we certainly can’t pool all of them together in one large non-female cohort. Because of this, we’ve broken them down into 4 different age parameters:

The Brand New Dad, generally a Millennial dad (aged 30-34) plays a more active role as an equal partner in parenting and home life. He is more tech savvy and a quick adopter to new technology that will make his life easier. He’s also interested in self-care and appearance. These digital dads are influenced more by digital ads and banners than other groups and frequent platforms such as YouTube and parenting websites.

The Generation Y Dad (aged 35-39), is said to be the most active on social media and generally speaking has a more traditional job, values life insurance and financial products and in most instances owns a “family” vehicle. These dads are also quite tech savvy.

The Dad Facing 50 (aged 40-49) generally between Gen X and Y, is said to “work to live and not live to work”. For him, finding a home/life balance is important. These dads are said to be more savvy savers, value doing good and tend to be more brand loyal.

For the Baby Boomer Dad whose kids are either in high school, varsity or out of home (although he may also have smaller kids from a second marriage) he is wrestling with conflicting goals of his retirement, his children’s tertiary fees and the fact that his parents need care. The baby-boomer dad is a slow adopter to technology for the most part and it’s important to note that social media is seen strictly as a social platform for catching up, and likely won’t convert many sales with this type of dad.

Just like moms, dads aren’t a stereotype, and shouldn’t be marketed to as such. Relevant ads that feature real dads with real emotions reflecting your target audience’s age, parenting styles as well as home and work situation, will ultimately resonate with your audience. Understanding these specific personas will drive higher engagements and conversions for your business this Father’s Day.

Zapriana Atanassova is a copywriter and community manager at Arc Interactive.