Winners of the 2019 Sunday Times Gen Next Awards 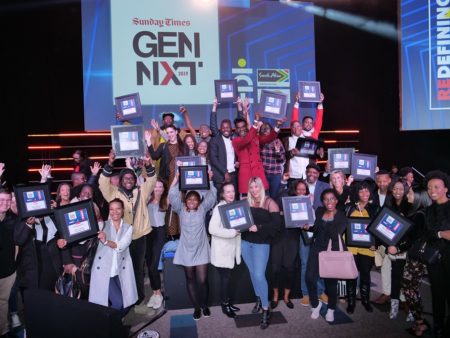 Winners at the 2019 Sunday Times Generation Next Awards


Nike has, for the fifth year in succession, been awarded as the Uber Cool Overall winner at the 15th Sunday Times Gen Next Awards. The survey, conducted by HDI Youth Consultancy, polled more than 7 000 South African youths between the ages of eight and 23 on what was on-trend and aspirational. Nike was also awarded as the Coolest Clothing Brand, the Coolest Footwear Brand, and held on to the Coolest Brand Slogan.

“The Sunday Times Gen Next survey is considered the leading barometer of youth sentiment in South Africa, and organisations are increasingly guided by the results in driving their youth marketing strategies forward,” said Reardon Sanderson, GM group sales and marketing at the Tiso Blackstar Group. “As a result, we’ve realised the need to extend the scope of the survey and a number of new categories were included in 2019 with the intention of increasing insights for marketers.”

Fifteen of the seventy-six categories saw new winners since 2018.

“Being in our fifteenth year of Gen Next, HDI is excited by the new categories and how the market is responding. The categories that excite us most include the Gaming Console/Computer Games category where, despite the global rise of Fortnite, FIFA still remains one of the most popular games in the eyes of SA’s youth,” said CEO of HDI, Bongani Chinkanda.

What we also found interesting was that when the youth were prompted to name their Coolest Online Store, the one that came out tops was Superbalist, while the rest seemed to be normal brick-and-mortar retailers. It’s similarly exciting to see that YouTube was voted as the Coolest Music Platform. It’s going to be interesting to watch how YouTube relates to platforms like MTV and Trace in the future.  So, as we move forward and the new categories become more refined and defined, they’ll definitely become more compelling and insightful too.”

The polling results and analyses across all categories will be published in a supplement accompanying the Sunday Times edition on Youth Day, 16 June 2019.

The full rankings can also be found, here.