LATEST NEWS
Home News World of Media: Sorrell has something to say, FCB and Nivea to part ways?

World of Media: Sorrell has something to say, FCB and Nivea to part ways?

Former WPP chief executive Sir Martin Sorrell has had a go at giant media holding companies, labelling them “not fit for purpose”.

Speaking to Mumbrella Asia at the Innovfest Unbound conference in Singapore, Sorrell said big advertising networks are “locked into huge overheads that are not fit for purpose”, and are worried about incumbency.

At the same time, Sorrell took the opportunity to punt his S4 Capital and its businesses’, MightyHive and MediaMonks, way of doing business, saying their low overheads and cheaper wage bill, deliver greater return on investment.

FCB and Nivea will part ways amid allegations of gay slur

An internal memo from FCB CEO Carter Murray has told employees the company would be resigning its global Nivea account when it expired at the end of the year. AdAge reported that there are tensions between client and agency, not least over claims a client team member said, “… we don’t do gay at Nivea” during a call with creatives. But the Murray memo also said Nivea would soon announce a “holding company creative review”.

AdAge, which has read the memo, reported Murray saying, “There comes a point in every long term relationship when you reflect on what you’ve accomplished together and set your sails for where your journey will take you next”.

AdAge has the full story. 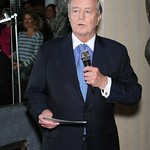 The man behind the extraordinary success of the Interpublic Group of Companies has died. Philip H. Geier Jr, 84, started his advertising career in the 1950s at McCann-Erickson, which became Interpublic in 1961 after becoming a conglomerate.

The New York Times reported that when Geier became “even more of an empire builder” than former chairman Marion Harper after he chairman and chief executive from 1980 to 2000.

Geier was responsible for the acquisition of nearly 200 companies, among them other ad agencies; public relations, lobbying and event planning firms; management consultants; and digital marketers.

Investigative journalist, Rana Ayyub, in a piece written by the Global Editors Network and published on Medium, has told her story of being “the most trolled women on Indian social media“.

Ayyub said in 2010, she got the first serving home minister of a state arrested. “The man is now the President of the ruling party and the Home Minister of India,” she said. Her life was made a “living hell”, and she was subjected to a “concerted hate campaign”. In 2016 she published Gujarat Files: Anatomy of a Cover Up” which exposed the role of the local police, bureaucrats and politicians in the Gujarat riots. Since then she has received rape and death threats daily.” 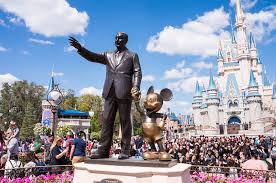 Media and entertainment giant Disney is in the initial stages of launching a media agency partner review.

While the markets which will be targeted have not been revealed just yet, the company has been going through some changes in the past year, particularly around the acquisition of Twenty-First Century Fox.

Wire basket-making business that started WPP to be sold

Who knew that a small, wire basket-making business was the beginning for one of the world’s largest advertising players, WPP.

In 1985, Martin Sorrell bought a controlling stake in Wire and Plastic Products, and to this day the WPP Group surprisingly still owns the business.

But that is about to change, as Sorrell’s successor and current WPP CEO Mark Read is planning to sell off the business. 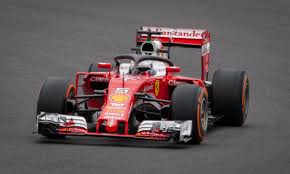 Formula 1 has named Inskin Media as a promotional partner, with the latter set to provide Pageskin ad formats across Formula1.com.

The motoring federation is looking to boost its global reach, which already sits at an audience of 550 million a year, with races taking place in 21 countries, across five continents.

For the full story, published by NetImperative, click here. 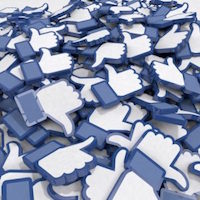 In a shock move, an Australian Supreme Court judge issued a judgement that states that media companies have a responsibility to ensure that defamatory remarks are not posted on their Facebook pages.

Judge Stephen Rothman ruled that since Facebook is not considered a publisher (rather a common carrier), the social media giant will not be held accountable, rather the media companies themselves.

The Guardian has the full story, here.