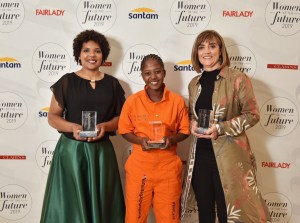 The three winners were selected from a shortlist of nine finalists by a panel of South African adjudicators. Through an independent survey, Santam found that the first 1000 days of a business are the hardest. If you’re still in business by day 1001, they’ve found, you’re likely to succeed long term. These incredible dynamic women have either already surpassed that critical point, or are well on the way to doing so!

Phillipa Geard of RecruitMyMom was named the 2019 FAIRLADY Santam Woman of the Future (awarded to a female entrepreneur who has survived the first 1 000 days of business).

Renshia Manuel of Growbox was named the 2019 FAIRLADY Santam Social Entrepreneur (awarded to a female entrepreneur who is making a real difference in her community).

Nondumiso Sibiya of Boombadotmodi was named the 2019 FAIRLADY Santam Rising Star (awarded to a female entrepreneur who is still within her first 1000 days of business.

The prizes awarded to the three winners are: R80 000 in cash to the Woman of the Future, R50 000 each in cash to the Rising Star and Social Entrepreneur and, to all the winners, a host of other prizes.

Jury members for the 2019 Financial Mail AdFocus Awards have been announced. The AdFocus Advertising and Media juries include a host of the industry’s most prominent leaders.

PAMRO paying it forward with bursaries for two Mauritian students 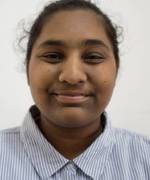 For 20 years, the Pan African Media Research Organisation (PAMRO) has hosted an annual conference in different African countries. PAMRO was founded on an express interest to better the media, marketing and advertising industries across Africa by sharing knowledge and creating a uniform research infrastructure. By aligning research methodologies, members of the industry can make informed decisions about how to reach, and communicate with, certain target markets. 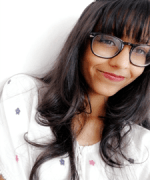 The much anticipated annual conference is an opportunity for industry players across the continent to network and share knowledge, but what many people don’t realise is that it’s also an opportunity for PAMRO to give back to the industry in the countries it visits.

PAMRO’s commitment to the industry includes “paying it forward” by offering media-studies related bursaries valued at $2000 each to two worthy recipients, as well as an opportunity for these students to attend the conference and meet leaders in their chosen professions.

To register as a delegate at the conference, or to join PAMRO visit www.pamro.org.

The Africa Women Innovation and Entrepreneurship Forum (AWIEF) has announced the top finalists in its annual awards to celebrate women leaders and entrepreneurs in Africa, with several South Africans featuring.

Promoting excellence in entrepreneurship and innovation amongst women-owned businesses in all sectors and across all 54 African countries is the aim of AWIEF, which celebrates the five-year anniversary of its benchmarking annual Conference and Expo this year. The Awards take place on the last evening of the two-day event, 29 – 30 October 2019, in Cape Town.

22 women founders and entrepreneurs have been selected as finalists, from different African countries, across 8 different categories. The AWIEF Awards Panel of Judges is made up of high-calibre industry experts and thought leaders spread across the continent.

Here are the South African finalists:

High-quality, effective and impactful – these are the attributes shared by the brands and projects that impressed the 25-member Red Dot Jury. The experts convened in Essen at the end of July to assess the entries to the Red Dot Award: Brands & Communication Design 2019. This year, designers, agencies and companies from 54 countries entered 8,697 brands and communication design works in the competition.

This year, the Red Dot was awarded to 696 projects. With the Red Dot: Best of the Best, the jurors also recognised the very high design quality and creative performance of 72 entries. Consequently, this distinction was bestowed on only 0.8 percent of all entries.

The top distinction of the “Brands” section, “Red Dot: Brand of the Year”, was awarded to three entries – namely to Grohe, Deutsche Telekom and HappyGoal.

All of the laureates that won a Red Dot: Best of the Best in the “Communication Design” section can hold out hope of also receiving the Red Dot: Grand Prix. This is the highest distinction in the area of communication design and can (but does not have to) be awarded once for each of the 17 categories. In 2019, the Red Dot: Grand Prix has been awarded to just seven works – each of which was the best in its category. The winners of this distinction will be announced at the award ceremony in Berlin on 1 November.

From 1 November, the Online Exhibition will present all of the 2019 winners on the Red Dot website.

Results of the competition at a glance
Entries: 8,697
Countries taking part: 54
Distinctions:

The Awards Wrap is published every Tuesday in our newsletter. Please send all awards news to brattm@tisoblackstar.co.za.