Commission finds editorial interference and abuse of staff at SABC 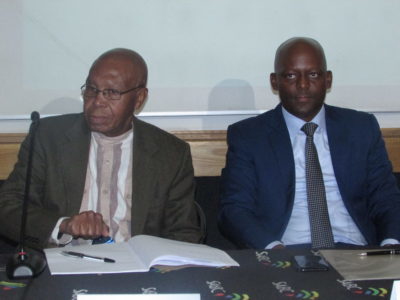 
An independent commission, chaired by veteran journalist and former Press Ombud, Joe Thloloe, has labelled the SABC “as an organisation crippled by pain, anger, and fear; by frustration, anxiety and apathy; and by inattentiveness, detachment and helplessness”.

It also found that the public broadcaster “suffered from the capricious use of authority and power to terrorise staff and to deflect the corporation from its mandate and its editorial policies”.

This was the thrust of the findings of the Report of the Commission of Inquiry into Interference in the Decision-making in the Newsroom of the South African Broadcasting Corporation, released by the public broadcaster on Monday.

While internal editorial interference was found, the commission found no evidence of a direct line between decisions of the ANC at Luthuli House and the decisions in the newsroom. However, the commission said, “the spectre of the ANC hovered over the newsroom” and revealed that there were several instances of then-communications minister Faith Muthambi interfering in editorial decision-making.

But, Thloloe said, “We believe that the recommendations that we made on the news structures and culture in the newsroom are strong enough to ward off any attempts of political interference in the SABC newsroom.”

Aside from editorial interference, the commission’s report also explored staff concerns and issues. This included the employment, promotion, exits, upward and sideways movement of employees, as well as remuneration matters.

Three people in particular were singled out in the report. They are Nothando Maseko, Sebolelo Ditlhakanyane and Charles Matlou. It was recommended that the SABC’s human resources department audit moves within senior news management structures, and these three in particular.

The SABC also revealed more staff would be subject to an investigation around their employment matters.

Recommendations from the commission

The commission made several recommendations to the SABC, to help solve the situation that it found. These were:

In response to the commission’s report, and contradicting one of the recommendations of the commission, SABC board chairperson Bongumusa Makhathini said, “The reality is, holding people to account for what they’ve done wrong, cannot be viewed as a witch hunt. We as the SABC board reject that notion, and we have to ensure that there is justice”.

And he added, “If there are people who got irregularly appointed, who got salary increases that they didn’t deserve, who contravene our policies, we cannot fold our arms and do nothing. We have to hold them accountable. It’s about consequence management and driving consequence management in this organisation to drive order and credibility to what we do.”

Regarding the other recommendations, the SABC is reviewing its editorial policies and will take into consideration the findings of the commission’s report in terms of the structural changes it recommended.

In the video below, SABC general executive of news and current affairs, Phathiswa Magopeni, explained the state of the newsroom that she found when she was appointed to her current position.