First on TMO: #PAMRO2019 conference ends on a high 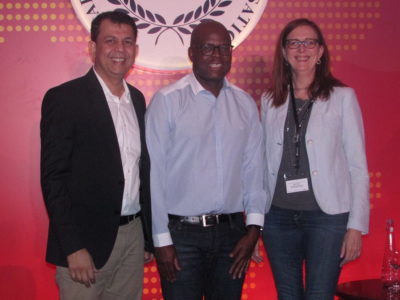 
Two awards were handed out in the closing minutes of this year’s Pan African Media Research Organisation (PAMRO) conference, held in Flic-en-Flac, Mauritius, this week. 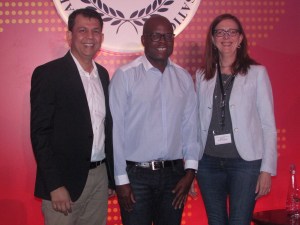 The PAMRO Partner Paper Award, which is given to the presenters of the paper that best reflects the aim and theme of the conference, as well as a paper that PAMRO can partner with for the next year to affect change, was awarded to Ejaz Mirza and Bev Tigar (left, with Sifiso Falala, centre) of Borderless Access.

Their presentation centred on a case study, in partnership with Unilever, which explored consumers’ decision making processes and journeyed to the centre of peoples’ minds. 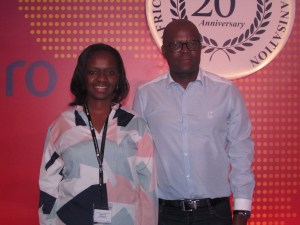 The Best Audience Paper Award, given for the paper that resonated the most with and elicited the best response from the conference’s audience, was won by Margaret Irere (left, with Sifiso Falala) of TIFA Research.

Her paper was entitled ‘Passive mobile-phone technology for audience measurement’, and focused on the situation in her home country of Kenya.

Lessons to take away from #PAMRO2019 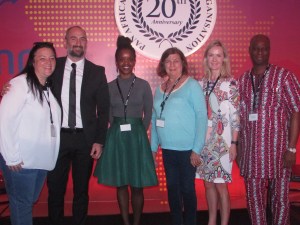 The judges for the two final awards given at this year’s PAMRO conference.

PAMRO president Sifiso Falala wrapped up the conference, giving a summary of some of the topics discussed over the three days.

“We’ve learnt that consumers are now online, and because of this, digital research is no longer escapable, and that as we play our role in this space, we need to play it in a meaningful way, that is accurate and benefits consumers,” Falala commented.

“We also learnt about the need to maintain our basics when it comes to research. Putting respondents first, ensuring that we account for biases, and the challenges that we face in contemporary market research as we moved from colonialism to apartheid to state capture,” he added.

The first day of the conference focused on the future, with predictive trends and forecasts, while the second day was more academic, catering to a broad range of needs and wants.

The level of information and idea sharing was admirable; no one wanted to keep secrets and strategies to themselves.

Aside from a strong African representation among the delegates (with many countries being first time attendees), a number of international countries were also represented, including India, Switzerland, New Zealand, UK, US and Denmark.

Reflecting on the conference, PAMRO treasurer, Oresti Patricios, said the one thing that was lacking were more papers from African countries.