At a gala dinner, sponsored by DStv Media Sales, held on the beach at The Hilton hotel in Flic-en-Flac, Mauritius, the Pan African Media Research Organisation (PAMRO) recognised four individuals and a media house for their excellent work.

The gathering was opened by MC for the night Aki Anastasiou, before he handed over proceedings to PAMRO president Sifiso Falala.

“Today I want to recognise unsung heroes. There are people that have been doing a lot of work without getting recognition. Some of them have been very loyal to PAMRO, showing up year after year at every conference without disturbing anything, without doing too much, without upsetting anyone and being very kind, beautiful, and loyal in serving,” he commented.

The first award winner was Abdi Nzori, who Falala described  as a leader, an elder and an exceptional human being, and one who was dedicated to PAMRO’s values.

Crediting her work on PAMRO’s website, and for doing work that no one else wanted to do, Falala named Lauren Shapiro as the second winner.

A technocrat, who he was was happy was part of PAMRO, is how Falala described the third award winner, Celia Collins.

The Piet Smit Achiever of the Year Award winner

The other award handed out at the gala dinner was the Piet Smit Achiever of the Year Award.

“The award is given to an organisation, an entity, a person that has demonstrated so much effort and selflessness in serving the values and the interests of the continent and PAMRO. Someone that has done so much without even a need, without a responsibility or a calling to serve PAMRO and the continent, out of their own heart,” explained Falala.

He added, “In society you need a combination of exceptional individuals, but you also need a group of people that acting together can go very far. We were talking yesterday, if you want to go fast, go alone. If you want to go far, go together.”

This year’s award was given to DStv Media Sales. Along with the accolade, the award’s sponsor, Plus 94 Research, will be giving the winning team $2 500.

Following the awards, raffle prizes were awarded, and attendees then danced the night away, with music provided by a live musical act, Temptation Band.

Here are some pictures from the gala dinner:

Check back to The Media Online throughout the week for more stories from the #PAMRO2019 conference first. 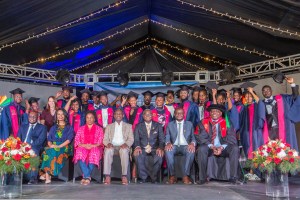 MultiChoice Africa has announced the graduation of the first 20 students of the MultiChoice Talent Factory (MTF) Southern African Academy.

In addition to the certificate of completion, seven awards were presented to deserving students who have excelled during the programme. The awards included:

Mainala Silondwa from Zambia was awarded with an eight week internship at the New York Film Academy in New York.

Jonathan Kapumba from Malawi was awarded with a three weeks internship in Bollywood India, sponsored by Nihilent Limited.

Nikita Mokgware from Botswana was awarded with a three to four week internship on an Africa Magic Series in Nigeria, sponsored by MultiChoice Africa.

Emanuel Goncalves from Angola was awarded an infinite AVID Media Composer Licence (in perpetuity) for the Most Promising Video Editor, sponsored by Jasco Broadcast Solutions.

Joshua Kafumukache from Zambia was awarded an Avid Pro Tools Licence (in perpetuity) for the Most Promising Sound Editor, sponsored by Jasco Broadcast Solutions.

Two students received placements on SuperSport productions, Nobert Mapfoche from Zimbabwe will be taken up as director and Emmanuel Mwape from Zambia as producer. Both students will join the SuperSport crew in Zambia immediately after graduation. South Africa’s most loved brands were announced at the AskAfrika Icon Brands Survey awards in Johannesburg. Value retailer, Ackermans, was awarded the top honour in the Clothing Retail: Children’s category, for a third time in a row, and was further announced as a Platinum Brand Icon.

South Africans voted for their top 50 brands from across 222 product categories. The survey further identified 60 Platinum brands, which are defined as brands that South Africans are tangibly committed and loyal to; in that they put their money where their mouths are to demonstrate this commitment.

The deadline for submissions to the annual AMASA Awards has been extended from 30 August 2019 to midnight on 13 September 2019, providing entrants with a further opportunity to present their best work.

“To date we have already received a number of entries, but we have also had numerous requests to extend the deadline,” said Taryn Hood, head of special projects at Publicis.

“The entries so far have been of a very high standard and we feel extending the deadline will ensure that the extra time will result in submissions of the very highest standard,” she adds.

The AMASA Award entries are judged across 28 categories with a base set of criteria including; excellence in media strategy, innovation and creative media ideation – underpinned with sound insight and outstanding measurable results.

Nominations for the online judging panel close on Wednesday 4 September. The award ceremony will be held on 24 October 2019 at The Houghton Hotel in Johannesburg.

Call for entries for AfricaCom Awards 2019

A little magic will take place at the AfricaCom Awards this year, with the return of old favourites and the addition of several new categories, all exemplifying Africa’s digital progression. Entries are now open for organisations to submit their best work conducted or implemented over the past 12 months. The deadline for entries is 4 October 2019.  No late submissions will be accepted.

The annual celebration not only recognises the achievements of the best organisations, solutions, products and people in the telecommunications and technology sector, but it is also an ideal opportunity for networking – not to mention, being the perfect occasion to kick back and relax.

For a detailed description of each award category, click here.

The awards ceremony will take place in Cape Town at The Lookout, on Wednesday 13 November 2019. 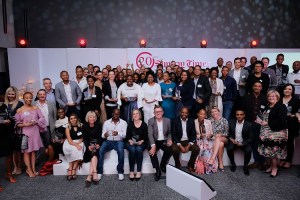 Now in its 21st year, the annual Sunday Times Top Brands Survey has expanded with the addition of 12 new categories across both the Business and Consumer sections of the survey.

The survey, conducted by research firm Kantar on behalf of the Sunday Times, is considered the leading barometer of consumer sentiment towards brands in South Africa.

The new categories are in response to industry demands for such measurements, and reflect the increased integration of technology-based services in the lives of South Africans, said Eben Gewers, head of advertising at Tiso Blackstar Group. “Technology is an important feature of our lives, and has resulted in a boon of paid-for technology services and products available to the public. Reliable data that can measure consumer sentiment in these highly competitive sectors holds significant value for strategists and marketers.”

The Awards Wrap is published every Tuesday in our newsletter. Please send all awards news to brattm@tisoblackstar.co.za.