‘Big Jon’ at home with smaller audience, finds his niche 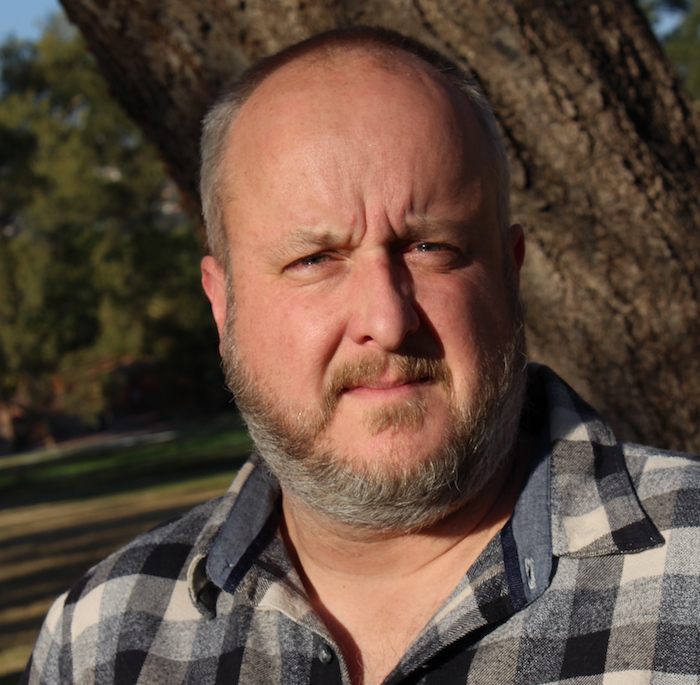 
When ‘Big Jon’ arrived in Cape Town in 1996/7, striding through the virtual doors of the city with the strains of The Good, the Bad and the Ugly playing confidently in his head, he was a more than a little surprised when radio stations confronted him with, “Who the hell are you?”

“I was well known in Natal, as it was then known, because of all my years on East Coast Radio, which included midnight to 5am in the early days – but when I got to Cape Town I was a nobody,” says radio man Jon Gericke.

Midnight to 5am is the best training ground, he says. “You have got nothing. In a 6 to 9 slot you have got news, sport and traffic so it’s easy to fill. There’s none of that in midnight to 5 – you just have to make stuff up. If you survive that you can work in radio anywhere.” Almost anywhere, as he discovered.

He was unemployed or differently employed for about two years, selling videos and timeshare in response to being told he was “not Capetonian enough”.

But his voice was soon sought after and he was back at SAfm in 1998/9, running the 9pm to midnight slot. About a year later, Gericke took over the sports show from Gerald de Kock. It went on to become the longest running radio show in the country. It was the flagship sports show and garnered many awards, including best newcomer sports journalist and many nominations.

In 2008, Gericke joined eNCA, where he spent eight years learning about another broadcast medium before choosing to go home to radio.

Now, finding a gap in the market, Gericke has teamed up with Mornay Carato to set up 9 Block Radio, which streams Fairland Radio. The station serves 14 streets in Fairland, which has a population of 25 000 people.

Some of the mainstream stations have refocused or grown too big, Gericke says. “Community radio serves the community. We have local advertisers from real estate agencies and lawyers to restaurants and nail bars. Anybody looking for a particular interest will find it in this local forum. We may have a single listener on a podcast and that’s okay.”

Fairland Radio broadcasts from 6am to 9am with content such as news, traffic, sport and information, which is also available as on-demand podcasts. These may include interviews with a property specialist or lawyer or even a local councillor. The radio channel has also teamed up with the Community Policing Forum.

“This really works well with other media partners and as we grow we are looking to join with community newspapers and online with all the ‘I love …’ neighbourhood pages.

“It’s really cheap for our advertisers and they get the radio plug as well as exposure on ‘I love Fairland Facebook page’.”

Fairland Radio has a growing number of listeners and the model is easy to replicate. “We are already looking to expand and there is interest from a colleague who wants to start a streaming platform for “The Parks” suburbs.”

Whoever comes aboard will fall under the management of 9 Block Radio. “We will have final say and any untoward topics or views that do not align with ours will be removed.”