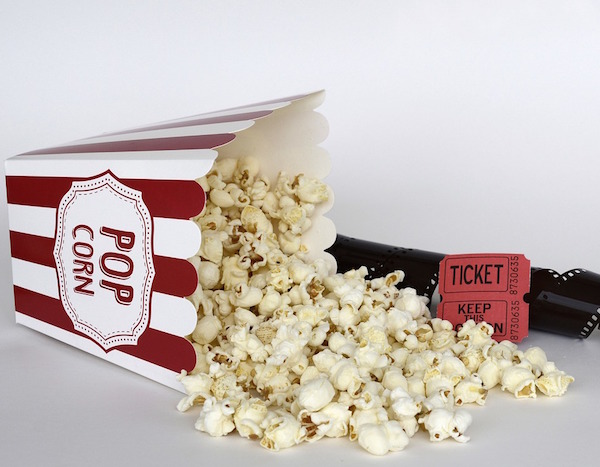 The RMB/BER Business Confidence Index (BCI) for Q3 2019 has hit a 20-year low; it is not surprising that the state of ad investment is dismal.

The last time I looked at the Nielsen numbers, they made for depressing reading. From January to July 2019, overall ad investment in traditional media was down by 0.5% over the same period in 2018.

Of course, Nielsen tracks rate card investment, and cannot identify discounted or packaged deals, so the real investment levels will be notably lower than that. Predictably, print was a major driver of the decline, down by 19.7% on rate-card and out of home was down by 8%. Radio, which had seemed fairly buoyant over the recent years, showed a 3.9% slip, while TV showed a 6.7% increase. Given that TV is where the most serious discounting takes place, it is likely that this seemingly bulletproof medium has also experienced a drop in real investment.

Cinema, however, seems to be experiencing outrageously good fortune, with its share almost doubling to 1.5% of the market. Even taking this with the mandatory pinch of salt, there is clearly something happening with this medium.

The World Advertising Research Centre’s (WARC) most recent Global Ad Trends showed that “investment in cinema advertising is set to rise for the sixth consecutive year in 2019” with projected growth running ahead of the all media forecast; cinema will be the only ad medium other than internet not to lose share of global advertising spend this year.

The WARC article pointed out that while China is the real growth engine, cinema admissions in the UK reached a record high last year and North American admissions were up 5%. It highlighted the advantages cinema still maintains over streaming services: its experiential nature, the exclusivity of box office hits, access to younger, more affluent audiences who have an affinity with the medium, and a brand safe environment often close to point of purchase.

I was curious about our local situation and asked Eric Blignaut, Ster-Kinekor’s national sales manager of media sales, whether the situation was as rosy as the Nielsen data suggested. He cautioned me that the massive growth number is misleadingly high, driven by some clients who are buying “en masse” and “aggressive discounting and value adding by our competitors”. Nevertheless, he confirmed that cinema is in a “positive space”. New clients are coming into the medium and Ster-Kinekor has seen growth in several categories including travel, financial, automotive, retail, clothing and apparel.

“It is a global thing and we’re seeing it here,” said Blignaut, referencing Kantar’s Global Cross Media database (The Power of Connection 2019), which shows cinema delivery is better than any other video medium, particularly in terms of generating awareness, but also delivers well in terms of creating brand associations and motivation. This study shows cinema’s cost effectiveness has increased by 34% in the last five years.

Cinevation’s managing partner, Karen Bailey, struck a singularly upbeat note, telling me, “We started Popcorn on behalf of Nu Metro, Movies@ and other key independents in 2006, and the first six months of this year has been our biggest six months ever!”

She also commented on new categories and clients coming to cinema and repeat clients increasing their cinema spend. The introduction of Cinevation’s, around August 2018, of ‘Bulk / Volume Deals’ offered relatively inexpensive onscreen rate for advertisers buying all the screens, providing them with the maximum reach at an affordable rate. Bailey pointed out this would have as pushed the value up of some 10+ advertisers. She added that CPT guarantees that are competitive with TV are appealing to many advertisers.

She suggested that cinema is no longer only being used for “big brand ads that flight for six to eight weeks” and pointed out that “we now have competitions, retail, government and shorter duration campaigns that come on to cinema”.

Another local shift that Bailey highlighted is that DStv has lost premium subscribers to Netflix, which has caused advertisers to shift budgets to cinema to reach that audience. More tentatively she wondered whether the “SABC troubles continuing” had spooked some advertisers into moving budgets into other media. She reflected on the benefit of an established sales team saying, “They have been with us for a number of years, are experienced and know their stuff and as such are doing a phenomenal job.”

Bailey applauded the efforts the Screen Advertising Worldwide Association (SAWA) at Cannes Lions over the last few years to attract Creatives to the medium again. She explained that “a worldwide case study was presented last year with a follow up this year: SAWA partnered with United Nations’ World Food Programme to run a highly successful global cinema campaign. Both Ster-Kinekor and Popcorn contributed to this initiative.

Both Blignaut and Bailey commented on the many international articles about cinema’s increasing advertising revenue, which must certainly play a part in international brands moving onto cinema. In particular, I enjoyed Professor Mark Ritson’s Cinema’s Comeback Is A Tale Worthy Of The Big Screen. He certainly deserves the last word on the matter: “Cinema, that ancient old fucker, is hot again!”