The winners from the 21st Sunday Times Top Brands Awards 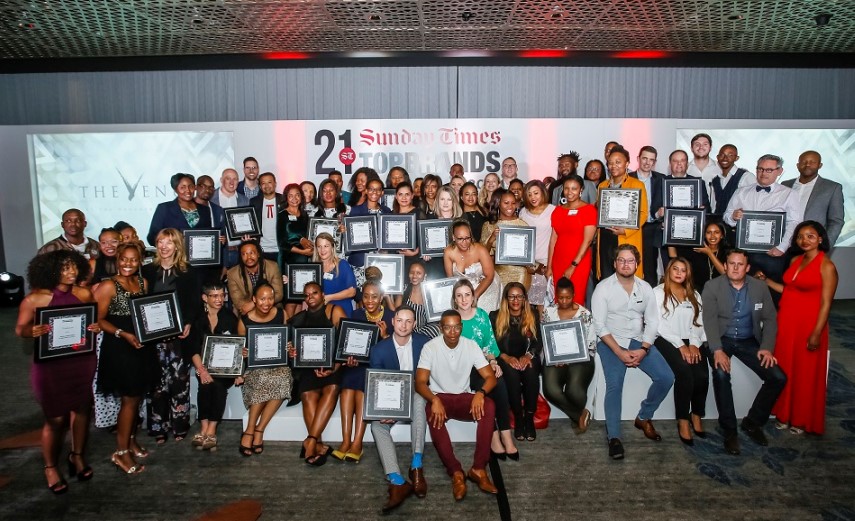 Winners from the 2019 Top Brands Awards

Other Grand Prix winners included Vodacom, Nedbank and Coca-Cola. Shoprite was named the first winner of the Proudly South African Brand Award in the consumer sector. The survey is conducted by Kantar, on behalf of Tiso Blackstar Group and the Sunday Times.

Eben Gewers, head of advertising sales at Tiso Blackstar says, “With twenty-one years of the Sunday Times Top Brands Survey under the belt, we’re proud of the contribution the results make in assisting brand strategists and marketers in refining their approach to the market.  Understanding how consumers perceive a brand can have significant impact in directing ad campaigns and messaging to optimise effectiveness, as well as resource and budget efficiencies.”

Kantar conducted face-to-face interviews with 3 500 adults in the metro and non-metro areas of South Africa in the Consumer sample. The Business sample represents businesses of all sizes, with 382 C-level decision-makers participating in online self-complete interviews. The final consumer results have been weighted to represent the population according to Stats SA 2018 mid-year population estimates. The methodology used to establish brand ranking and category winners is based on the concept of relative advantage.  This takes brand familiarity and awareness, the perceptions of users and non-users, as well as the size of brand presence in the market into account.

Samu Makhatihni, account director at Kantar says, “Samsung and KOO being the big winners is indicative of the changing consumer goods basket, and that both heritage and relatively new brands have the ability to be relevant and meaningful to consumers, in their own way. The proliferation of digital channels has created a myriad of opportunities for a direct brand economy (DBE), which  has created an opportunity for all brands to  act as digital natives , to be disruptive, and carve new paths to value in a consumer economy – creating new ways of marketing, new ways of connecting and new ways of competing.”

KOO is a multiple time winner of the Consumer Overall Favourite Brand Grand Prix – and once again took top spot in 2019. Coca-Cola and WhatsApp came in second and third place respectively. For the third year running, Coca-Cola received the Consumer Green Award, as well as theConsumer Social Investment Award.

Shoprite was named as the first winner of the Proudly South African Brand Award, with Vodacom placing second, and Clover third.

On the media side, Soccer Laduma topped the weekly newspapers category, followed by City Press and Sunday Times.

Samsung was awarded as the Top Brand in three categories: Electronic Goods, Cellphones and Large Kitchen Appliances. The Long-Term Insurance and Short-Term Insurance awards went to Old Mutual Group and Old Mutual Insure respectively. In addition to its Online Banking award, Capitec was also the winner in the Retail Banks category.

Nedbank improved on its third-place ranking in 2018 to take the top spot in 2019 and claim the Business Green Awardfor the preservation of the natural environment. Woolworths placed second, with FNB in third place.

Four new categories were surveyed in the Business sector in 2019.  The winners in the new categories are: Sun International Hotels and Resorts (Hotels); DHL (Courier Companies); Vodacom Fibre (Fibre to the business Providers); and Emirates (International Airlines).

Samsung and Vodacom were the only brands to win across both Consumer and Business categories.

The Robyn Putter Award recognises the contributions made by creative agencies in support of winning brands, with the winner decided on a points system, based on the performance of its clients in the Sunday Times Top Brands survey. The 2019 recipient is Ogilvy South Africa.

The complete results of the 2019 Sunday Times Top Brands survey will be published in a supplement that accompanies the Sunday Times newspaper on 22 September.