LATEST NEWS
Home Communications Opinion Do South Africans not trust the news or the people who make the news?

Do South Africans not trust the news or the people who make the news? 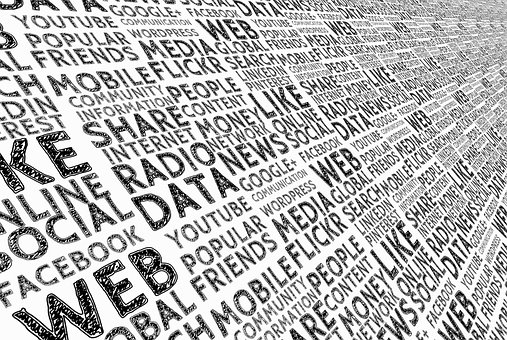 A couple of months ago research was released that showed more than 51% of South Africans did not trust the news. The thought occurred to me recently that perhaps it was not the news they don’t trust, but rather the people who are in the news.

Politicians, business leaders and celebrities…My guess is that far more than 51% of South Africans don’t trust politicians and big business, especially the cellular networks and banks.

This does not exonerate the news media from guilt but rather exacerbates the problem of the media not checking facts or worse, simply publishing anything anyone says that is controversial just for the sake of increasing hits, readers, viewers, listeners and money.

Just to recap. According to the eighth annual Digital News Report from the Reuters Institute for the Study of Journalism at Oxford University, public concern about misinformation stands at 55% on average across 38 countries. It has grown significantly over the last year in some countries, despite the attempts of platforms and governments to contain it.

South Africa’s trust in the news rates eighth out of the 38 countries surveyed. The economic weakness of many media companies is cited as one of the attributing factors to the growing media mistrust. Digital disruption has also affected traditional news outlets negatively.

According to the report, 70% of English-speaking South Africans, who use the internet, say they struggle to separate fact from fiction online.

What this could also mean is that the media are falling into the trap set for them by canny newsmakers, the most obvious of whom is US president, Donald Trump.

The news media slavishly report on everything he says. In South Africa they do the same with politicians such as Jacob Zuma and Julius Malema. Clever men who know that they can maintain a regular media presence just by saying anything they like – no matter how illogical or silly it might sound.

Politicians, celebrities and businessmen who understand this weakness in the media, know full well that no matter whist they say, their supporters will continue to accept it and follow them blindly.

This is human nature and doesn’t involve only the uneducated. We all do it. Mercedes Benz drivers wont switch to BMW because Merc has a recall. Volkswagen drivers did not switch brands when their brand was found guilty of cheating on a massive scale with regard to emission data.  Catholics don’t become Anglicans because of sex abuse in their church.

Trump supporters stay loyal in spite of his having blatantly lied 10 000 time since becoming president.

More and more South Africans will stop trusting the media, especially as more of them choose to find their news online.

I am convinced that the news media can gain more trust among consumers if they take the time to consider whether the information they receive is genuine or whether it is just some politician, company or celebrity grandstanding their way into the news.

Major newspapers in the United States are now fact checking statements and including true or false notations in their news reports. That at least is a start.

But only when editors make a call on whether a news report is in the public interest or just publicity seeking controversy, only then will the news media start increasing its credibility.

Right now, all over the world politicians are manipulating the media with absolute abandon.

Even in South Africa leaders of political parties that received virtually no support in the last election, continue to get media coverage with controversial and racist statements.

Is the news media not guilty of giving these people a platform when it is clear that they do not represent any significant constituency?