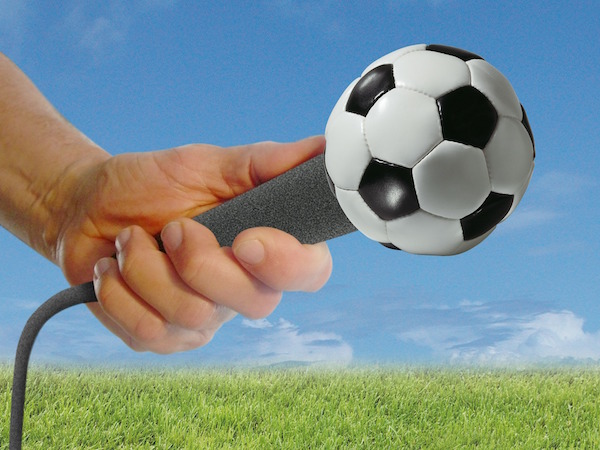 [COMMENT] The Independent Communications Authority of South Africa’s (Icasa’s) draft sports broadcasting regulations are such incoherent babble that they should be called ‘daft regulations’.

To the limited extent that intelligible intent can be fathomed, they are mired in absurdity and illegality. That somebody drafted the daft draft, which others read and took seriously, is deeply disturbing.

In their responding submissions and presentations, industry role-players, for fear of victimisation, were polite about the nonsense they encountered.

Since I cannot be victimised by Icasa I am not constrained by the tyranny of twaddle. Icasa is in the process of an inquiry into the pay-TV market – and separately published draft amendments to sports broadcasting services regulations.

Under the pretext of increasing ‘free-to-air’ broadcasting, Icasa proposes the destruction of the rights and interests of sports bodies, participants, broadcasters and, most seriously, consumers. It wants the elimination of freedom of choice and contract, and wants bureaucrats, devoid of relevant qualifications or experience, to decide the minutiae of who may, may not and must broadcast sport.

Icasa’s aspiring broadcast despots appear not to know the difference between a sports event, organisation or code. These distinctive concepts are frivolously mingled and mangled. The list of “events” that free-to-air broadcasters “must” broadcast “with full live coverage” includes actual events (the Fifa World Cup, for instance) and organisations (such as boxing federations). How does one broadcast a federation? All they do that could be viewed is hold meetings.

If Icasa meant events staged by these federations, that is not what its putative scribe wrote. Even if we read coherence into incoherence, it is unclear whether, regarding boxing for instance, Icasa wants the compulsory broadcasting of all boxing matches under all 102 “world” championships, multiplied by 17 weight divisions, multiplied by all boxing matches in all divisions. Boxing has over 6 000 “belts”. If they do not envisage thousands of compulsory boxing broadcasts, plus what other codes offer, then they must mean something else. But what?

It gets worse. Everyone assumes the daft draft targets only television, but what is assumed in practice is untrue in law. Legally, broadcasting includes radio. Every obscure community TV station and tiny village radio “must” –yes “must” – broadcast untold hours of sports and games. Instead of Beethoven and Bach, Classic FM must broadcast, for instance, “indigenous games”. In Pofadder, Vergenoeg and Aansluit that means jukskei and bokdrol spoeg (buck-dropping spitting).

Even if we ignore legal enigmas, we face a long list of sporting “codes”, of which “at least two” must be broadcast by free-to-air broadcasters annually. The text provides no clue as to which two, who must decide, or how.
In Icasa’s glorious confusion and cosmic ignorance, games like chess and amorphous “varsity sports”, are “sporting events”. Wikipedia lists 88 chess organisations. Brace yourself for mandatory “full” coverage of thousands of hours of chess.

In Icasa’s alternative universe, “varsity” could be slang for university, or “varsity sports” could have its dictionary meaning: “a squad representing a university, college, school, or club” (Merriam-Webster). Could it get loonier? Sadly, yes. Since comprehensive coverage by a single broadcaster or channel is impossible, it must be assumed that Icasa, if it envisages anything coherent, wants compulsion for only some events of some federations. But there is no way of knowing which, who must decide, or how.

There are islands of coherence in the fog of incoherence, but they are generally irrational or illegal. MultiChoice pointed out in its submission that Icasa has neither the power to prohibit exclusive broadcasting rights nor to compel broadcasting. The absence of a “compelling rationale” for amending the current regulations – themselves a travesty – means the proposed changes violate the constitution’s rationality principle, and the likely effects violate the constitution’s reasonableness requirement.

MultiChoice could have added that (a) incoherent provisions are void for vagueness, (b) new policies must be preceded by socioeconomic impact assessments, (c) policies must be informed by submissions, (d) substantive legislation (as opposed to permissible regulation) by an administrative body violates the separation of powers, and (e) unfair discrimination against subscription broadcasters is unconstitutional.

Prodigious incoherence and illegality aside, Icasa’s basic objectives are profoundly flawed. It wants compulsory “full live” coverage of (incoherently defined) “national sporting events” by free-to-air broadcasters. Blissfully undaunted by contradiction, Icasa goes on to say that if it “cannot acquire” rights, subscription broadcasters may “bid” for them on a “non-exclusive basis”.

Economic illiteracy suggests that this will promote free broadcasts. Economic reality, which might not entail a “bidding” process, predicts a catastrophic collapse of sports body revenue, an exodus of top players and coaches, much less (if any) development, compromised quality and consumer deprivation.

Broadcasters who “cannot acquire” rights, “must”, as if by immaculate conception, broadcast events. And what does “cannot acquire” mean when paying enough is enough to get rights? Hitherto, their failure to offer enough allowed subscription broadcasters to buy exclusive rights. Exclusivity attracted substantial revenue for sport, which benefited sport and consumers.

If freedom of contract and exclusivity are banned, sport will be devastated. Since the daft draft is technically and conceptually flawed, it must be abandoned.