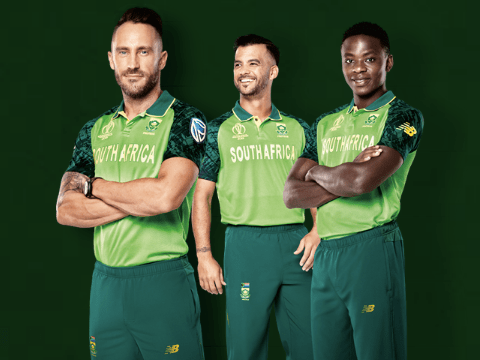 A potential negative impact on their finances, not enough consultation, and a lack of clarifying language in the legislation, are the main concerns that various sports federations are raising around the Independent Communications Authority of South Africa’s (ICASA) Draft Sports Broadcasting Services Amendment Regulations.

Here is a summary of each bodies’ submissions:

Boxing South Africa: South Africa’s boxing federation states that, “In their current configuration, the draft Sport Broadcasting Services Amendment Regulations of 2018 might once more fail to unleash the true potential of sport broadcast to grow our sport programs, catalyse excellence and project our sport narrative to society.

“These draft 2018 Sport Broadcast Amendment Regulations have some worrying areas which might lead to detrimental and unintended consequences for the boxing sector.”

While the federation recognises the need for competitiveness as well as making boxing content more accessible, it believes that “the draft regulations of 2018 are approaching this noble principle in a rather reckless manner without being considerate to the practical reality”.

Boxing South Africa points to a problem of over-regulation, elaborating, “Out of a typical 78 tournaments delivered in one financial year, less than 30 tournaments are likely to receive television coverage. This clearly suggest that the major focus of the review process should rather go towards addressing the bottlenecks facing the boxing coverage.

Confederation of African Football (CAF): This body does not support the draft amendments. “CAF does not agree that the proposed, far-reaching amendments to the existing Sports Broadcasting Services Regulations (2010) will achieve the aims of ICASA in relation to the protection of the sports industry in South Africa and moreover, the interests of the public.”

It added, “The Draft Regulations risk jeopardising the development, or in some cases, viability, of sporting federations in South Africa.”

CAF’s submission focuses heavily on the lack of capacity of free-to-air broadcasters in relation to the massive supply of sporting content, as well as definitions, terms and clauses in the amendments that need further clarification.

The Commonwealth Games Federation (CGF): The CGF does not agree with the draft amendments, pointing to lack of capacity for live free-to-air broadcasts, as well as definitions, terms and clauses that need further clarity (very similar to CAF’s ones).

The federation adds, “The CGF are reluctant to sell broadcasting rights for below market value given the consequently effects that would undoubtedly have on the financial viability of the Commonwealth Games. If the CGF, or its partners, are not able to strike a deal with broadcasters in a particular territory, the Commonwealth Games might not be broadcast in that territory at all, which would have the effect of prejudicing the public at large and curtailing the CGF’s aims of spreading the Commonwealth Games message.”

The Fédération Internationale de Football Association (FIFA): World soccer body, FIFA’s submission focused primarily on clarity on some definitions, including clauses on “national sporting events” and “sports of national interest” and how these will be measured and categorised.

It also states, “Across the world the success of FIFA Member Associations national teams is often correlated to the revenue its local leagues and Football Associations can generate. FIFA believes that the Draft Regulations, which serve to reduce competition and therefore licence fees, are therefore potentially detrimental to South African football’s presence on the world stage, and counter to its potential for producing the matches of national interest it seeks to protect.

“Furthermore, we politely query whether the existing free-to-air market in the Republic of South Africa even has the capacity to broadcast the sheer volume of sports content to which the Draft Regulations relate.”

International Cricket Council (ICC): Global cricket governing body, ICC believes that “exclusivity is an essential element of rights and it is essential that the broadcaster has adequate opportunity and time to market the broadcast, monetise the rights, and gain returns on their investments through subscriptions and advertising revenues”.

Referring to the implications of the draft amendments, the ICC says, “It is our understanding that the practical result of the Draft Regulations would be to limit private (“Pay TV”) broadcasters within South Africa to non-exclusive rights in respect of major ICC Events. This would have a substantial negative impact on the revenue which rights holders earn from selling such rights exclusively (through a process in which a range of broadcasters compete for these rights).”

In conclusion, the ICC summarises, “Adopting the position proposed in the Draft Regulations would have an extremely negative impact upon the ICC’s ability to generate the revenues that allow investment of the magnitude made in the region over the past four years, which approaches a billion South African Rand. Therefore, the ICC would like to respectfully submit that the Draft Regulations in the currently proposed form be reconsidered, with a long-term and progressive view that balances public and private interest in sports broadcast regulation and the balanced growth and development of sports ecosystems.”

International Olympics Committee (IOC): “In a number of respects, the drafting is particularly unclear, inconsistent or else serves to produce what are presumably unintended results.” This is how the IOC describes the draft amendments.

The body adds, “The IOC should not be restricted from freely licensing its broadcast rights to pay television broadcasters in the manner contemplated in the Draft Legislation. To do so would be a completely unjustifiable and inappropriate restriction on the IOC’s right to exploit content which it is the lawful owner of. Furthermore, the structure and process outlined in the Draft Legislation is likely to not only reduce the quantity and quality of Olympic Games coverage available to viewers in South Africa, but to impose a broadcast obligation on SABC which it cannot comply with.”

The South African Football Association (SAFA): South Africa’s soccer governing body summarises its argument against the draft amendments as follows: “Out of the 25 critical operational elements that SAFA has to manage daily that effectively constitutes “football” as we know it, only eight have funding committed to it (albeit partial), by commercial partners – with the remaining 17 needing funding to come from somewhere else. In SAFA’s case, this funding by and large (probably as close as 80%) comes directly from revenue generated in the sale of broadcast rights … It is therefore very easy to see that the effects of the proposed ICASA regulations will have a devastating effect on the development and growth of football in this country, if SAFA is prohibited from securing the appropriate market related value associated with broadcast rights, from prospective broadcasting partners.”

It adds, “It is clear that ICASA have not considered the effects / impacts of this on sporting federations, let alone the broadcaster (and in this case as they wish to dictate the free to air broadcaster). Neither does it seem they have considered the practically of what they propose, or for that matter the actual role players.”

The South African Rugby Union (SARU): South Africa’s rugby body, SARU “is concerned about protecting its constitutional rights and commercial interests”, commenting that, “The rationale motivating the amendments proposed by the Draft Regulations is not articulated clearly. The regime created by the 2010 Regulations satisfies all stakeholders as it allows greater public access to national sporting events while safeguarding the commercial viability of sports federations such as SARU.”

SARU goes on to outline clauses that need further clarifying, as well as stating, “The Draft Regulations are fraught with uncertainty and inconsistencies. They will result in regulatory and commercial uncertainty and instability with regard to the negotiation and acquisition of sports broadcasting and related rights, such as sponsorship and advertising, as well as the day to day tasks undertaken by SARU to administer, develop and promote the game of rugby in South Africa.”

“The regulations have created a first and last right of refusal for the public broadcaster, thus encouraging very anticompetitive behaviour. Sports rights are sold in the open market in segmented way (i.e. Free to Air and Pay rights or bundled), it appears that the authority envisages an exclusive window for the public broadcaster to bid for rights before any one does. This we also vehemently object to.

“Further, if the public broadcaster is unable to purchase the rights when an open opportunity is given to it as contemplated in clause 5.1.2, subscription broadcasters must be allowed to bid/purchase the rights at conditions suitable for the trading parties and not a third (uninterested) party. The mere existence of this clause seeks to encourage market protectionism for the public broadcaster who must only trade at condition only favourable to them and not the content owners. Again we object to this anti-competitive clause as it limits sport federations to seek the best market price for their product. It will but stunt our growth.”

All the full, written submissions for sports federations, as well as other interested parties, including broadcasters and civil society organisations, can be found here.