LATEST NEWS
Home Digital Presidents and social media – who does it better?

Presidents and social media – who does it better? 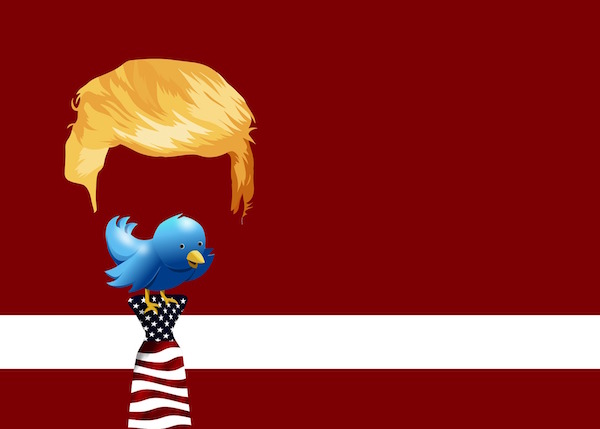 Love him or hate him, you can’t deny that Donald Trump has made an impact on how world leaders communicate with their constituents.

While Trump’s off-the-cuff remarks can be divisive (and poorly spelt), he has achieved the remarkable feat of getting Americans involved in their democracy again. Looking forward to 2020, candidates are now more active on social media, generating and participating in the conversations that matter.

Putting the politics aside, what can our president learn from Mr Trump?

One of the communication structures that the government has in place is the Government Communication and Information System (GCIS). The GCIS was set up to ensure that all South Africans have access to the latest news coming from government and that the state never goes back to hiding the truth or shrouding its activities in secrecy. It’s a great idea and it has served our country well over the last 20 years or so. Times are changing though.

If you visit @PresidencyZA on Twitter, you’ll find an account run by the GCIS, with a solid content plan which strives to keep South Africans in the loop. What you won’t find is President Ramaphosa’s take on what’s happening in the country and cabinet. For that, you need to visit his personal Twitter account @CyrilRamaphosa. This means that there are often two different narratives playing out, one is very PR in substance and tone, and one slightly more personal.

In the US, the president’s Twitter account simply retweets whatever President Trump tweets from his personal account. This has been a change from past leaders and it was done to accommodate a voracious tweeter. The US’s comms department simply cannot keep up with the rate of content. Is it a good thing? In a way, Trump gets to guide the nation’s narrative using his phone. There are no advisers, no filters, and no trained writers to craft the message. The danger is clear.

On the other hand, President Ramaphosa’s tweets seem somewhat more considered and thoughtful than Trump’s. Ramaphosa seems to be staying within prescribed messaging means that his followers probably take him more seriously than his US counterpart.

Part of Trump’s appeal (or lack thereof), is his ability to provoke conversation. Whether you consider the discourse to be healthy or not is another debate, but Trump definitely knows how to get people stirred up. He is dealing with a nation divided and he’s doing it head-on (although it can be argued that he is doing more to aggravate the divide than any other president before him).

President Ramaphosa is also dealing with a nation divided, but chooses to avoid provocation and instead attempts to please all. Who is doing a better job? It depends on your politics. President Ramaphosa’s tweets are often not timeous and so he loses relevance. Trump’s tweets seem to happen as the news happens and more often, Trump’s tweets are the news. It almost feels like we’re dealing in extremes when we compare the two. Can Ramaphosa compete? Should he even?

Trump is infamous for his Twitter mentions. I am certain that members of his executive office live in fear of Twitter notifications. His tweets can make or break careers. President Ramaphosa feels slightly more isolated. Several other MPs are active on Twitter and seeing some connection or conversation between them would be insightful for the South African public.

Is the way Trump handles governmental communications the way of the future, or is he just an anomaly? Probably a bit of both. Institutions like the GCIS exist to make sure that government communication is on-point, but at the same time, a filtered, curated, and copywritten view of a country might not be the ideal version of the truth for the modern citizen.

Ramaphosa’s use of Twitter is admirable, it’s a step in the right direction, and it’s still in its early days. We’re not at Trump levels of communication, but maybe that’s okay and maybe we don’t need that level of granularity.

Ramaphosa might want to go ‘off-brand’ now and then, just to remind us that he’s just a man in a very challenging position.

Jason Kubheka is a social media manager at VMLY&R South Africa. He originally joined the agency on a learnership. To find his perfect fit, he jumped around the departments before settling on social media where he feels completely at home. He gets to switch from the fish-filled lingo of Lucky Star pilchards to selling insurance for Holland, and also does reporting and event coverage.