A right royal mess: Even princes are poor at PR 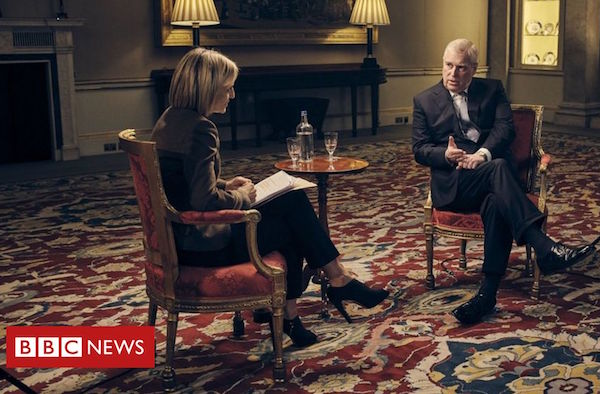 One of the most shockingly bad public relations case histories ever developed over the past few days courtesy of Britain’s Prince Andrew.

The Duke of York’s interview with the BBC, in which he intended to refute claims of all manner of sexual shenanigans, did nothing but make things worse for him and proved conclusively that those who think they know all about how to handle media interviews haven’t the foggiest idea.

Prince Andrew is not alone. Politicians and business leaders the world over shoot themselves in the foot on a daily basis when talking to the media.

I would suggest that every PR person, business leader and politician goes onto the internet or the BBC website and look carefully at Prince Andrew’s interview.

A number of things stick out like a sore thumb.

First of all he exudes arrogance and a complete lack of emotion.

Throughout the interview he is in an extreme denial mode.

He showed no sympathy or empathy for any hurt that perceptions of his relationship to Jeffrey Epstein might have caused.

Epstein is purported to have committed suicide while in prison a few months ago and also allegedly supplied Prince Andrew with young women for the sole purpose of sexual shenanigans.

He has subsequently been crucified on social media and one PR expert after the other has commented about his utter lack of conviction.

His body language, they said, was that of someone who had dug such a deep hole for himself that he was grabbing at straw shovels to try and dig himself out.

Another thing about which he was clearly clueless was the fact that perception is far more powerful than fact.

Frankly, one would think that as a member of the most visible royal family on earth, he would have had some professional advice before going in front of the cameras.

His nephews, Prince Harry and Prince William, are both excellent at media interviews as are most of the royals, especially Queen Elizabeth ll.

Even Prince Charles and his father, the Duke of Edinburgh, manage to handle the media well in spite of their weak jokes, jibes and horseplay.

At least they all look genuine.

But Prince Andrew made a right royal mess of it all.

The lesson we learn from his PR disaster is that no matter how well anyone might think about how easily they can handle the media, it is always a minefield.

Media interviews can damage reputations at the drop of a hat. Yet, so many business leaders, particularly, don’t give a second thought to stepping into the lion’s den without any sort of professional backup.

UPDATE: The BBC announced on Wednesday night that Prince Andrew was “stepping away from royal duties” as the Epstein issue and the Newsnight interview had become a “major disruption” for the royal family.

The Duke of York, in a statement, said “I continue to unequivocally regret my ill-judged association with Jeffrey Epstein.

“His suicide has left many unanswered questions, particularly for his victims, and I deeply sympathise with everyone who has been affected and wants some form of closure.

“I can only hope that, in time, they will be able to rebuild their lives.”