Media should mourn the death of BLF as a political party 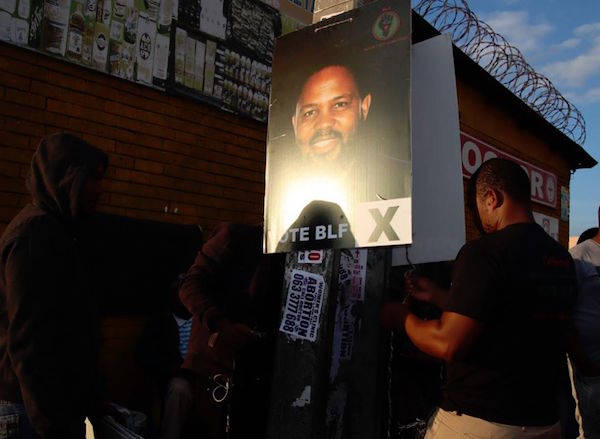 [COMMENT] It’s a crying shame that The Black First Land First movement has now been officially deregistered as a political party.

Frankly, the Electoral Commission Act, under which the BLF was deregistered, should be amended to allow this type of political party in spite of the fact that, like the BLF, they might exclude membership on the basis of race, colour or ethnicity.

All of which might sound strange coming from an elderly white male who would be refused membership of a party such as the BLF on all three counts.

My point, however, is that in spite if being deregistered as a political party, there is no doubt that the BLF will continue as an organisation.

An organisation that the media as well as the greater public of this country will have no way, in future, of measuring how well it is supported and will simply have to take the word of their leaders about how many followers they have.

Now, if they were allowed to be an official political party, come election time the country would have a very good idea of how many voters support a party that is inherently racist and divisive.

Just like we did in the last election when the BLF only managed a handful of votes – in fact so few, that the organisation and its policies were seen to be of absolutely no consequence in the greater scheme of South African things.

Many news media were able to put the statements issued by the BLF leaders such as Andile Mngxitama into perspective.

Like publishing pornography, the public of South Africa and the news media will get tired of all the tub-thumping invective very quickly and there will be no satisfaction for anyone in calling anyone derogatory names.

Of course some news media continued to give him platforms as though he had garnered support from hundreds of thousands instead of just a handful of people. But then, these are the media that will publish absolutely anything in their desperate attempts to gain readers, viewers or listeners.

I believe that the political environment should be treated in the same way that pornography was soon after we became a democracy.

Under the apartheid regime, pornography was banned but somehow thousands of South Africans managed to smuggle in copies of Playboy and Hustler.

Then publication of pornographic magazines became legal and what happened? Pretty much all of them closed down through lack of sales. When forbidden fruit becomes legitimate it loses its taste almost completely.

The same should apply to the political and social environment. Let racists, bigots and divisive organisations become political parties.

In fact, let anyone in South Africa be as racist as they like. Let them spew hate, bigotry without retribution.

Because it won’t last. Like publishing pornography, the public of South Africa and the news media will get tired of all the tub-thumping invective very quickly and there will be no satisfaction for anyone in calling anyone derogatory names.

It is vital to the social well being of society to know whether a political leader is speaking on behalf of millions, thousands, hundreds or just a dozen or so.

The latest outpouring of unity in South Africa over the Rugby World Cup victory, indicated without any doubt that the vast majority of South Africans are not racists, bigots or political troublemakers.

We need to nurture this notion by making sure that at election time, the country can see by the results, which leaders to take seriously and which to dismiss.