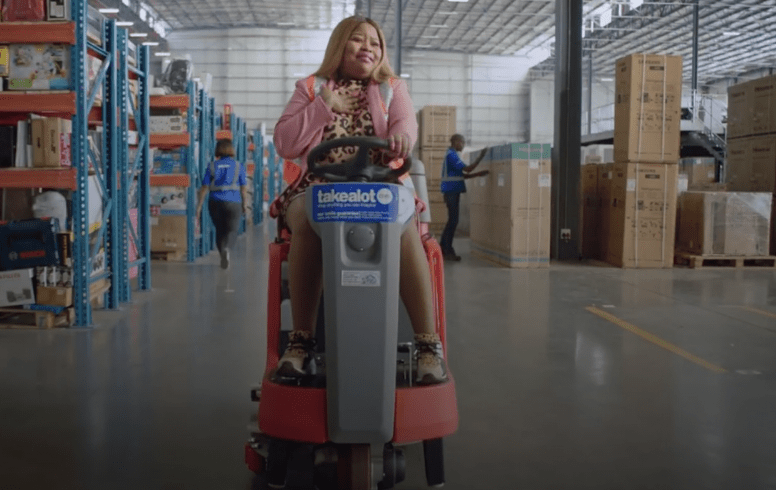 Between10and5 has compiled its list of the 10 best television advertisements in South Africa for 2019.

Brand South Africa released this campaign in honour of Africa Day, as a reminder that we are united in our diversity and differences. With this short film, Brand South Africa calls on all Africans to endorse a culture of social inclusivity and advocate for a Better Africa for all to prosper. It is not the uplifting, patriotic message one would expect, and rather takes a hard look at xenophobia, showing a Muslim African man hiding from a mob who cause chaos in the street. Amid his terrified tears, he recites the poem Nkosi Sikelel’ iAfrika. Maluphakanyisw’ uphondo lwayo (Lord bless Africa, May her glory be lifted high).

2. For The Love of Connecting – Vodacom

With their #ConnectingForGood campaign, Vodacom merges the notion of political revolution with technological advancement. Following the overlapping lives of the past generation with the new one, Vodacom shows how technology is changing the face of connection. A mother’s voice over poses the question, ‘What will your 94 be? Who will be your champion?’. A young woman addresses a crowd, saying ‘Look how far we’ve come! We can go further!’. This narrative is powerful and emotive.

To promote their new Double Your Bundle feature, MTN goes 420, launching two adverts, ‘Pizza’ and ‘Leftover Pizza’. In a smoke filled apartment, an inebriated man orders pizza over the phone. He then calls back and makes the same order. In the follow up advert, the same man calls his friend twice to wish him happy birthday, apparently forgetting that he had already called. Between calls, the man reaches into the fridge and grabs a slice of his leftover pizza. The tagline is: ‘We won’t judge your reasons for needing to double your data.’

This infamous advert was banned in South Africa on the basis of ‘trivialising a triggering issue’ – namely, colonisation. The advert follows the character ‘Big John’ on his voyage across the oceans to ‘discover’ Europe. Along the way, Big John tames a panther, chases away a shark, and weathers a storm, but faces it all with confidence and positivity. Fronting the idea of ‘reverse-colonialism’, Chicken Licken uses the advert to launch the ‘Big John’ double-stacked burger – because his hunger was ‘Too big’.

Nedbank’s ‘Secrets’ film aims to get the nation talking about money. Following the lives of three South Africans, Nedbank addresses our emotional relationship to money, with the hope of increasing brand engagement. Featuring the tagline “Let’s talk about the hardest thing to talk about. Money.”, Nedbank shows that money doesn’t have to be a ‘taboo subject’. This is a soft-sell approach to advertising, that does not explicitly sell products but rather pushes the audience to ‘See Money Differently’.

A couple of guys sit drinking Savanna at a bar, when they are interrupted by a paramedic on a motorbike driving straight through the door. The paramedic takes a large swig from a Savanna bottle and gives the guys a knowing nod. One of the guys looks shocked, and remarks to his friend, “That’s a bit unconventional”. His friend turns to him and says ‘Savanna Non-Alcoholic Lemon. Breaks all the rules’.

In this satirical take on the phrase ‘You people’, Nando’s points fingers at the irony of stereotyping in South Africa. Addressing racial and religious prejudice in a light-hearted and affectionate way, Nando’s shows up our internalised stigmatisation of the ‘other’. Every group is played on in this advert, making the message clear: there is no ‘you people’, there is only ‘our people’. Nando’s definitely got us ‘Fired Up’ with this one.

First For Women partnered with VICE for their new #ThisIsWomanhood campaign. The short film addresses issues that affect women of all backgrounds. Touching on issues ranging from pregnancy, motherhood, sexuality, physical safety, and gender identity, to the expectations placed on women, this film is an eye-opening approach to womanhood.

In keeping with their campaign to ‘make a difference’, Gillette created this advert “honouring women grooming a new generation of South African men”. In tribute to Gogo Nozizwe, the advert tells the heart-warming story of a young man who grew up without a father, and only his grandmother to raise him. Though personal, and touching, this advert also draws attention to a very real issue: fatherless families, and how to raise boys to be ‘The Best A Man Can Get’.

Comedian Coconut Kelz features in the latest Takelot advert, bringing her classic alter-ego to the online shopping brand. Known for her satirical character that pokes fun at the idea of being a ‘coconut’ (black on the outside, white on the inside), Coconut Kelz is both hilarious and relatable. Featuring brilliant lines such as, “Shopping online is as easy as making black Twitter angry”, this is an original approach to advertising.

Digital publishing company Between 10and5 publishes a daily website at 10and5.com (you’re reading it!) that serves as a curated online showcase of the best that the South African creative industry has to offer across a broad range of categories: graphic design, advertising, illustration, art, fashion, film, photography and music.