The launch of Disney+ is a classic Disney story 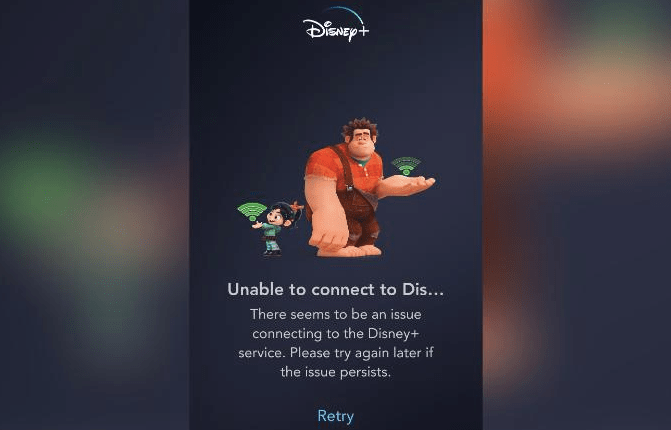 Welcome to 2019.  We have wi-fi on airplanes. We have connected cars and smart homes. We have virtual assistants that book dinner reservations and play games with us. We have devices that allow us to carry around every song ever recorded in our pockets.

But unfortunately, the largest entertainment company on the planet can’t reliably launch a streaming service as promised.

The 12th of November was the day when all the hype was to be reconciled with the launch of Disney+.  There have been commercials, promotions, press coverage and punditry for months. Disney+ has been heralded as the tipping point in the streaming wars and the beginning of a new step for original content as we begin to see Star Wars and Marvel content for the small screen that aligns with the larger cinematic universes.

All that hype led to somewhat of a disappointment when I originally downloaded the app, logged in, and saw a cutesy message saying I should retry because the app was experiencing problems. I ran into this problem the first dozen times I tried to log in. I retried on and off for a couple of hours. Eventually I was able to get in and the logos and images got me excited, somewhat overshadowing that initial disappointment. Of course, by the time I got in, I was at work and unable to sit down and truly peruse the new service.

Launching a streaming service is certainly difficult. Technology is unreliable. I get that. I see it regularly when I make a call on my iPhone 11 and experience a poor connection or a “Can you hear me now?” comment from the person on the other end of the line. That phone is the top of the line, and it’s no better at maintaining a connection than the phone I carried around 10 years ago.

… in the US we love a story of redemption as well. To be honest, it’s the basis for every great Disney story.  The hero is hyped up, he makes a great mistake and then works his way back to the top with the right balance of growing confidence and humility, teaching us all the right ways to wear the crown.

That being said, I would imagine there was a thorough testing plan in place for the launch that included stress-testing the load on the Disney servers to ensure they could handle the traffic. After all, the company anticipates having 18 million subscribers by the end of 2020. As it’s going live with a free trial experience, it is probably safe to say Disney should expect around six million to eight million to kick the tires in the first couple of weeks. I wouldn’t be surprised to see two million getting in the system in the first week. After all, the hype is huge.

That being said, once you get into the app, it is impressive. Disney has clearly taken cues from the best-of-breed services in terms of layout and management. I scrolled through the content and was immediately reminded of at least 20 movies my kids would love. They are sports fanatics, and I tend to overlook the plethora of wonderful family-friendly sports movies around.

The inventory was deeper than I was thinking, since I tend to focus my attention on the tent-pole Marvel, Star Wars and Pixar movies that Disney owns. I forget about the rest of the movies that remind me of being a kid.

The old saying goes, “You only get one chance to make a first impression.” That’s true, but in the US we love a story of redemption as well. To be honest, it’s the basis for every great Disney story.  The hero is hyped up, he makes a great mistake and then works his way back to the top with the right balance of growing confidence and humility, teaching us all the right ways to wear the crown. That, plus in most Disney movies the parents die at the end. At least in this case, the parents are here to help guide their kids through the digital entertainment landscape.

I wish good luck to the Disney+ team.  Here’s to balancing your server load and maintaining continuity in the face of millions of customers.