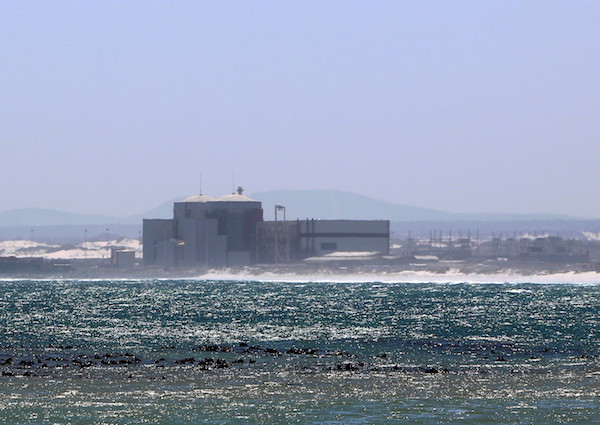 Load shedding has once again become one of the most used buzzwords in South Africa. With the country now confronting stage four blackouts after something “tripped” at Koeberg Nuclear Power Station near Cape Town, the impact on business continues.

While we wait for government to attain a better solution to their “technical problems” and revert with plans to overcome this crisis, load shedding continues to have dire implications on everyone, particularly for television advertisers and broadcasters.

Advertising budgets have already been reduced but now with the power out, what does this mean for advertisers, and the media industry in general?

Television indisputably remains the largest media consumption channel in South Africa. It is still the most effective way of reaching a higher number of audiences at a high frequency. However, it is no secret that such media platforms are highly affected by load shedding.

Viewership is a client’s first concern when there is a blackout. It means that millions of South African TV households are off, reducing the potential TV audience of a particular channel or programme which has a huge effect for advertisers.

We have been experiencing stage two and four of load shedding recently. With that said, it is imperative to remember that having these power cuts means not reaching a household for at least two or more hours during each blackout.

This is of serious concern especially when power is cut during prime time, which decreases viewership even more significantly. It results in adverts only being seen by a handful of people, who might not even be the target audience for the brand being advertised, which is then seen as wastage by many.

Media consultant Britta Reid commented on a research article in 2019 published on The Media Online from the Broadcast Research Council, on how adult ARs for the 18h00 and 20h00 dayparts were affected. She commented that about 2% of adults on the BRC TAMS panel were flagged as having experienced power cuts during stage two, compared with 15% of adults during stage four. This equates to a huge number of audiences being lost due to load shedding, and it doesn’t seem like it will get any better.

Secondly, clients have become sceptical about whether their brand will be seen by the right audiences as load shedding makes it difficult to plan schedules. I remember once when Eskom had promised two hours of load shedding but it went off for 3h30mins. This left me wondering how many TV adverts were being aired during this time that I would have missed.

Clients will (if they haven’t already) start questioning the value they are getting from advertising if they lose audiences during load shedding.

Yes brands are aware that performance will be affected (not that they’re happy about it) but there is unfortunately nothing that marketers and broadcasters can do at this point, as it is beyond their control.

3. Even digital is affected

Lastly, cellphone network coverage has also been disrupted and it seems this will continue to be the case during our electricity crisis. It’s making our jobs as marketers even more difficult. Just as we were trying to chase audiences in the digital space, it is now going to be harder to reach them whenever we’d like to.

We all love our smartphones, but their battery life is not as great as we’d like it to be. Power banks and portal chargers can help sustain battery life, but with port connectivity it seems like it would be a struggle to get advertising messages across audiences.

People would also rather save their battery to ensure for instance that their alarm wakes them up in the morning, rather than to scroll through their phones only to come across adverts that will deplete their battery even further.

So what do we do?

While the country has enjoyed a few days of no load shedding now, there is still an unnerving sense of uncertainty around Eskom’s sustainability. President Cyril Ramaphosa announced during his SONA 2020 address that the Eskom issue was unavoidable. This shows that we’ve got a long way to go and for brands, we need to think of alternative ways to reach our audiences.

It seems like the old school ‘wireless’ radios would be of good use at this point for people to still consume news during load shedding and this, without a doubt will cause an increase in listenership on the radio.

Maybe it’s also time to put more faith into apps such as EskomSePush to plan around most areas that are experiencing load shedding to ensure audiences are not lost. Imagine scheduling adverts to be aired on a Monday, Wednesday and Thursday at the same peak time as load shedding is scheduled? Let’s hope it doesn’t come to that.