Can community radio avoid the carnage? 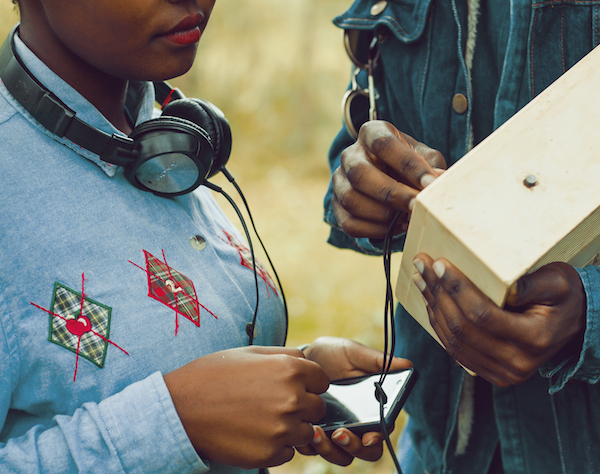 Just about every week brings fresh news of another media owner in trouble. The list reads like a veritable who’s who of publishers and broadcasters, including the SABC, Primedia Broadcasting, Caxton, AMP and the latest to wave the white flag, Media24.

As Adriaan Basson, News24’s editor in chief, puts it: “The traditional media business model is all but broken.”

Last week, I took part in a webinar on building a resilient community radio sector. It was attended by community station practitioners from across the African continent. I am a commercial broadcaster, which means I have a bottom-line imperative. In plain English, I broadcast for profit.

But, my interest in community radio goes back almost 30 years to when I was a delegate at Jabulani! Freedom of the Airwaves. This was the conference where the future of a post-apartheid South African broadcasting sector was planned. The outcome was a three-tier structure comprising the public broadcaster, namely the SABC, community radio and television and commercial radio and television.

I was invited to attend Jabulani as a representative of Talk Radio 702, which against enormous odds in some of the darkest days of apartheid, had found a loophole in the system to win a licence to broadcast from Bophutatswana (a former ‘homeland’). The SABC at the time monopolised the airwaves in South Africa by keeping everyone else out.

Our competitive strategy vis-à-vis the SABC, which was the propaganda mouthpiece of the apartheid government, was straightforward. We were pro-democracy and anti-racist. All we had to do was tell the truth.  The government hated us, but there was very little they could do to stop us, though, believe me, they certainly tried. We took advantage of the situation by opening up the phone lines and giving people living in what is now Gauteng their first taste of democracy. We highlighted black aspirations and white fears and for the first tim, ordinary South Africans were talking to and learning about each other.

The picture was vastly different to the one painted by the SABC. I mention this because it relates to the importance of a resilient community sector and the lessons learned along the way.

Thirty years on, community radio in aggregate boasts healthy listenership. Some eight to 10 million people tune in to their favourite community stations every week. What’s more, community radio by and large enjoys a higher loyalty factor than commercial radio. That’s all well and good, but the sector has struggled to monetise this audience. Part of the problem has been the issue of governance and compliance which is beyond the scope of this article, but needs to be addressed as a matter of urgency.

And, as noble as the vision for community radio was, the funding for this sector was not adequately thought through. It was assumed that community radio would be funded predominantly by advertising. Great in theory, but extremely difficult in practice.

What that meant was that community radio would have to compete with well-resourced players such as the SABC and the soon to be privatised, commercial stations. As Napoleon so eloquently put it: “God is on the side of the big battalions”.

For the first time, in its existence, 702 would also face massive competition. We did not have the biggest audience, and like many of the SABC stations, our footprint was not national, a perceived disadvantage that we managed to turn into one of our strengths.

Allow me if you will, to share a case study in competitive strategy. We had to find a sustainable competitive advantage in this new landscape.

So we came up with a two-pronged strategy: As far as our audience was concerned, we would become the hub of the 702land community. We set out to serve them in every way possible. When there was a crisis, 702 came to the rescue. We even opened a free 24-hour walk-in crisis clinic for people needing psychological counselling. We ran a 24-hour helpline staffed by volunteers. We raised millions for Operation Hunger. In winter we collected tons of food and clothing for the homeless. We set out to win the hearts and minds of our community because we knew that we would do well by doing good.

The second part of our two-pronged approach, and I can’t emphasise this enough, was to train our sales people to become radio marketing experts. Instead of flogging spots, we trained them to be solutions providers. We understood the nature of our business, which was delivering prospects to advertisers. If you’re relying on advertising, you’d better behave like a business.

Without the biggest audience, we were the most profitable station in the country. It was on the back of 702’s cashflows that we were able to establish Primedia, one of the preeminent media conglomerates in Africa in the ’90s.

But it didn’t just happen. It was a conscious decision to be the best sales team in the country. News of our success spread far and wide and resulted in my best-selling book: Radio Advertising. A Sound Investment. 10 Key Principles for Maximizing Returns.

For the past decade, I have been conducting workshops and seminars for commercial and community stations across the length and breadth of the continent. From Liberia and Sierra Leone, to Ghana, Kenya, Zambia, Zimbabwe and Namibia. Through the generosity of organisations like Deutsche Welle and BBC Media Action, operating on the principle that if you give someone a fish you feed them for a day, but teach them how to fish and you feed them for a lifetime.

About a year ago, I teamed up with fraycollege to use my 40 years of experience to develop the Ultimate Radio Sales Course. It’s a 10-week online course incorporating various teaching methodologies such as videos, quizzes, games and discussion groups, with a certificate of competence for participants upon successful completion of the course which they do in the comfort of their own homes.

Community radio needs all the help it can get if it is to finally become financially viable. I’m appealing to funders to come to the party. fraycollege and I have taken the decision to do our bit by making the course as affordable as possible by slashing the costs and by offering further discounts for groups of five or more.

This vitally important initiative needs all stakeholders and role players to join in a concerted effort.

For my part, I promise you this: Anyone completing this course, will be equipped with the same skills and knowledge as their commercial counterparts, many of whom have received the same training.

For more information on how you can participate, or to enrol in the course please contact Jessica Mothapo at radio@fraycollege.com.

Stan Katz is a renowned radio sales and marketing expert with over forty years of experience. In conjunction with fraycollege he has launched the Ultimate Radio Sales Course online.