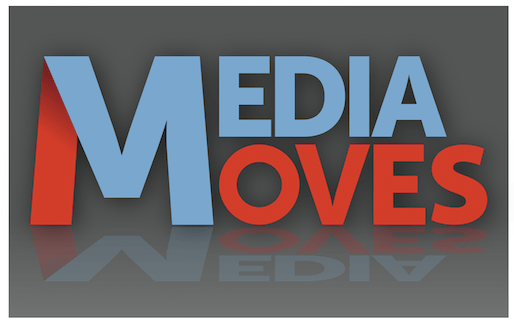 The Media Online’s weekly round up of people, account and business moves in media.

Over a short period of time, Thabo ‘Yvng Savage’ Moloi’s gaming journey has taken him from aspiring FIFA player at home, to tournament winner and now, the first Red Bull esports athlete on the continent.

Moloi burst onto the scene at the VS Gaming FIFA Festival in 2018 – his first competitive esports tournament. Despite being a relative unknown player, he beat an expansive field of 512 competitors to claim not only the top spot on PS4, but with it a cool R400 000 prize as well. Grabbing the attention of the esports community, he was quickly offered a spot with South African esports team, Goliath Gaming.

“I play online every single day of my life,” he said. “Leading up to the VS tournament, I trained with a good friend of mine who is a strong and established FIFA player himself. We would play and I would beat him, but when I started beating him consistently, I decided I was ready to compete.”

Following his explosive entry onto the esports stage, Moloi’s passion, ambition and focus saw him placing first in the official FIFA rankings for PS4 in South Africa which earned him his place to represent South Africa and lead the eBafana Bafana squad against 23 other countries in the FIFA eNations Stay and Play Cup. Earlier this year, Moloi and his Goliath Gaming teammates headed to the Middle East to compete in the FIFA eChampions League Qualifiers, although he wasn’t given the opportunity to prove his mettle as the competition was halted due to the rapid spread of the global pandemic.

Youth radio stationYFM has announced Petula El-Kindiy has taken over the early morning (3am – 5am) slot on weekdays and breakfast (6am – 10am) on Saturdays with her show, The Morning Essentials.

El-Kindiy, who is from Botswana, completed her degree in media studies at Rhodes University in 2018 and found her passion for radio at the youth station, Yarona FM.

At age 23, she moved to Gabz FM in Gaborone where she worked as a DJ. She then moved to the Eastern Cape and worked at community radio station, Bay FM. She left the coastal city of Port Elizabeth, for Jozi, and has been working with YFM as a freelancer since 2019 on The Playground.

This sneaker-head who has a keen interest in media, music and dance said: “Everyone at YFM is welcoming, there’s a sense of family. I believe that I will bring my bubbly personality, which will help me vibe with the listeners.”

Said Tumelo Diaho-Monaheng, YFM’s programming manager, “At YFM, we take particular care in how we choose our on-air talent. Petula’s experience behind the mic literally fast-tracked her to having her own show. This proves once again that YFM is consistent in creating new opportunities for young people. We are very excited about her joining us. We still believe we are the best at finding new young talent, and she’s promising to be that.”

DPO Group (DPO), a high-growth online commerce platform in Africa operating across 19 countries, has entered into an agreement to be acquired by Network International, a leading enabler of digital commerce across the Middle East and Africa (MEA). In a landmark deal for the African payments space, Network International will be acquiring 100% of DPO Group, which will continue to operate under the same brand.

Headquartered in Dubai and listed on the London Stock Exchange, Network International is a pan-regional provider of digital payment solutions, with presence across the entire payments value chain, delivering integrated omnichannel payments services to its customers.

DPO Group is already a high growth business, with revenue CAGR of c.40% from 2017-2019. This transaction enables DPO to add point of sale payment solutions to its product portfolio, connecting DPO to acquirers and issuers across the African continent and enabling DPO to penetrate the Middle East market for the first time.

Eran Feinstein, CEO of DPO Group, commented: “This deal represents a significant milestone for the pan-African payments landscape and the customers and businesses we serve. Combining the two companies will allow us to broaden our offering for new and existing customers, significantly improving capacity for Africa’s merchants to do business not only across the continent but in the Middle East as well as globally.”

Some major changes at Biznews

On Wednesday (5 Aug), it will be exactly seven years since Biznews.com began. “Much has happened in that time. We’ve been doing webinars for the past five years and building up our competence in podcasting for almost as long. Both position us well for the post Covid-19 reality,” said founder Alec Hogg in a note to newsletter subscribers.

Outside of those pioneering endeavours, much of Biznews’ focus has been on expanding the value proposition of Biznews Premium. “It is now unrecognisable from Day One. Thanks entirely to a virtuous circle of keeping the entry price low enough to ensure the widest possible affordability and thus continued reinvestment,” he said.

Spearheading this effort is a new daily emailed newsletter, Rational Perspective (what else?) that Premium members will receive from Monday. It becomes Jackie Cameron’s responsibility in line with her recent promotion to editor of Biznews.com.

Premium is the cornerstone of the Biznews vision to create a sustainable business model, Hogg said.

While the free to air site has grown into a mainstream website, continued and growing support from our broader community has also transformed Biznews Premium. It now offers huge value, including:

“The decision to join forces with Nielsen Social underscores Talkwalker’s commitment to providing our enterprise customers with best-in-class solutions across our full breadth of use-cases,” said Robert Glaesener, CEO of Talkwalker. “With the addition of Nielsen Social Content Ratings to our AI platform, we can expand our offering in consumer, category and audience insights, and further accelerate our global growth.”

This acquisition represents another success point for Talkwalker this year. With a new brand identity, a recently refreshed platform, the introduction of new innovative data visualization Conversation Clusters, and Quora data integration, the company continues to exceed the expectations of clients. The additional insights that Nielsen Social Content Ratings provides for brands, media and sports demonstrates Talkwalker’s focus on building a powerful, unified conversational intelligence platform.

Somizi Mhlongo-Motaung will walk in wearing an outfit that will get viewers talking when Idols SA returns to Mzansi Magic this Sunday – South African proverb.

Well, it may not be a real South African proverb, but renowned rapper and the show’s host Proverb will be back with his puns and witty lines when Idols SA returns for Season 16 of what promises to be “more than just a show”.

The talent show will start with the airing of mass auditions on Sunday, 02 August 2020 at 17:30 – in time to take its place on the social media trends list. This year’s auditions were filmed before lockdown in March in four cities – Pretoria, Durban, Jo’burg and Cape Town.

“As we turn 16, your living room will, from this Sunday, transform into front row seats of the biggest entertainment spectacle, enough to make you forget about your lockdown woes. This is because Idols SA is back and we are really excited about the show – from the wooden mic, right up to the live shows. This year’s Idols will be more than just a show,” said executive oroducer and director of SIC entertainment, Gavin Wratten.

“Mzansi is proud to continue to provide a platform for new stars to be discovered and for talent to be unearthed. I am told this year’s Idols, dubbed sweet 16, will be ‘more than just a show’. This should set the stage for our contestants and the show to reach new highs,” says Nomsa Philiso, the director of Local Entertainment Channels at M-Net.

Living the real good life in Central South Africa has never been more fun, thanks to the OFM R10k Triple Play competition.

From 27 July to 7 August listeners stand a chance to win just by tuning in to their favourite radio station and answering three simple questions. Catch three songs from the same artist back-to-back on OFM, send the keyword ‘R10K’ via telegram and one of OFM’s presenters will phone one lucky listener back to ask three questions: the name of the artist, the names of each of the songs played and the order in which they were played.

Said Lindiwe Mtwentula, OFM marketing manager: “In these tough times, OFM is giving away more money than ever before. We believe that our listeners deserve something to smile about, and what better way to spread the joy than by giving cash for something simple as staying tuned to your favourite radio station!”

Billed as ‘SA’s biggest board meeting’ The Directors Event – futured by BCX, and part of the Sunday Times Top 100 Companies profile – is where the business community comes together to unpack major issues affecting the country’s economy.

This year, because of the Covid-19 lockdown, the sixth iteration of The Directors Event will be presented as a live-streamed web-conference on 20 October 2020. The theme for this year’s event is ‘Building a sustainable new normal’.

Panel discussion topics at The Directors Event in 2020 are:

Nketsi is an influencer, model and entrepreneur who had her own reality show titled ‘Have Faith’, Lethabo is a motivational speaker, radio and television presenter and actress who is well known for her role in reality show, ‘The Real Housewives of Johannesburg’ and George Lebese is a South African international footballer. These prominent figures decided to take a shot at trading and chose Regenesis Markets as their trading partner.

“We are honoured to be the chosen broker for these amazing individuals who have done very well for themselves. This shows that we are a reputable company that is known for providing its clients with a hassle free, professional experience that is achieved through the company’s dedication to its core values of compliance, ethics, transparency,” said CEO Glen Howell. 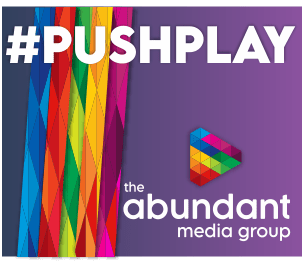