LATEST NEWS
Home Broadcasting Cinema Can there be a fairy-tale ending for Hollywood after COVID-19?

Can there be a fairy-tale ending for Hollywood after COVID-19? 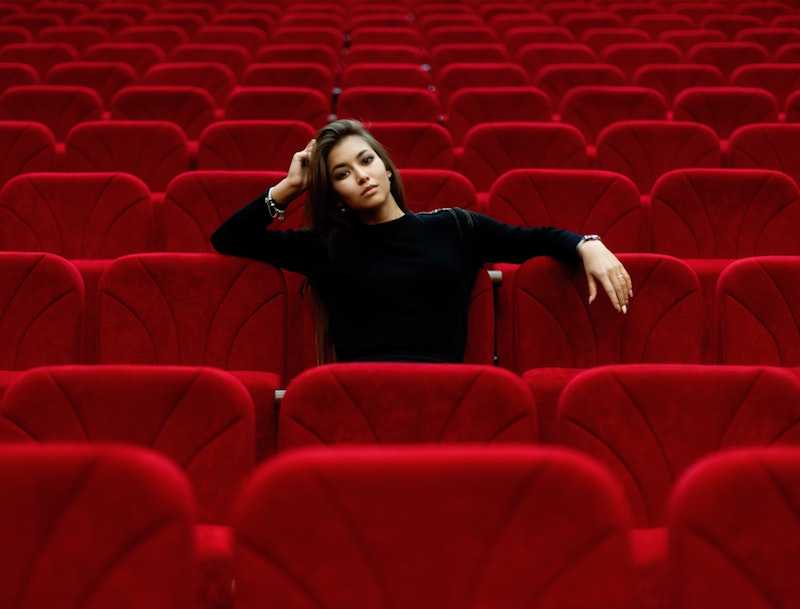 Hollywood supports more than two million jobs and 400 000 American businesses; British film and TV are worth around £60 million each day to the UK economy. Countries like China are taking bold steps to grow creative output, too.

The coronavirus pandemic has upended the content pipeline, halting film production and closing cinemas. Normality should resume; production has restarted in some countries and the industry has adopted remote-work protocols where possible. But the virus creates uncertainty, and the biggest short-term risk seems to be consumers’ dwindling confidence in physical venues.

Even before COVID-19, however, the film industry was experiencing significant change. Present disruptions only accelerate a transformation well underway in movie production, distribution and consumption.

The transformation of the global film industry

First, there is a secular decline in film attendance. Except for China – where audiences grew over 860% from 2009-2019 – most major markets are in retreat. In North America, the number of tickets sold has barely changed since 1995, while in the UK, admissions have hovered around 170 million per year since 2005. In both places, population increases mean yearly per capita admissions have in fact decreased. Even in India – a production powerhouse – per capita cinema admissions from 2009-2018 fell 32%.

This is likely not attributable to the movie-going experience. Most operators have invested in theatres, upgrading audio-visual technology, making seats more comfortable and introducing consumer-friendly subscription offers like A-List, MoviePass and Sinemia.

In India specifically, demand is believed to be strong, but the country suffers from a relative dearth of screens. “The problem we have in India is a constraint on the supply side of new cinemas, as there is a huge demand for theatres which are able to offer a vast range of bespoke experiences to those looking for great value family and corporate entertainment,” explains Siddharth Jain, Director at INOX Group, one of India’s top multiplex groups.

Venue operators are also challenged by a shrinking theatrical window, the amount of time studios show movies exclusively in theatres before releasing them for sale, download or streaming. Since the turn of the century, the theatrical window has narrowed by more than two months.

This change reflects consumer preferences for content consumption, which increasingly favour streaming video on-demand (SVoD). Many SVoD services are now owned or invested in by movie studios, which mitigates incentives to maintain a long theatrical window and intensifies an increasingly competitive streaming environment.

This has led studios to prioritise releases for their own services, leading to a reduction in films shown in theatres. According to analyst Matthew Ball, 15 years ago, the “big six” studios – Warner Bros, Walt Disney, 20th Century Fox, Paramount, Sony and Universal – released 20-25 major films. By 2019, some were releasing as few as nine.

Well-funded SVoD providers with significant content budgets are shifting the power balance. Netflix, Amazon and others acquire movies made outside the big six studios, releasing them directly to consumers and further limiting the pool of movies available to brick-and-mortar distributors. The apparent depletion of choice in theatres, in contrast to the wealth of content available via SVoD services, is expected to compound downward pressure on admissions, even as some are bullish about the prospects for cinemas.

“If content creators go direct to digital, they cut out the potential box office collections and satellite rights as a massive source of revenue generation for the producers. In addition, film stars were made for the big screen experience – it’s where they want their movies to be shown,” argues INOX Group’s Jain.

What’s ahead for the industry?

The industry is on the cusp of the “biggest shift in the history of Hollywood.”

First, the business model is moving from third-party distribution and single-ticket sales towards owned distribution and recurring revenue. This is seen by investments in SVoD services, where a single movie or TV series is rarely a profit driver; rather, recurring subscriptions (and, in some cases, advertising revenue) produce value.

As a result, media companies no longer optimise releases for fixed schedules, primetime TV slots or popular holiday weekends. Instead, the goal is increased engagement, thereby improving user retention and data on content popularity. The corollary is an expansion of demand for proprietary content.

As Kamal Gianchandani, Chief Executive Officer of PVR Pictures and Chief of Strategy for PVR, describes, “I expect that investments in content creation will come from distribution platforms instead of studios. The studios and the platforms are likely to coexist and thrive, especially in under-penetrated markets like India.”

Tencent’s recent purchases of iQIYI and Iflix is the latest manifestation of this trend. And within its $4 billion investment in HBO Max, AT&T is accounting for lost earnings from content it otherwise would have licensed to outside buyers; HBO Max is expected to become an engine for bundling subscriptions to AT&T’s wireless and data services.

The SVoD model also normalises the release of movies directly to consumers, eating away at the market for theatre operators. Theatres take up to 50% of ticket sales; now, this income stream is under threat. Perhaps the most aggressive reaction has been from AMC, which announced a boycott of Universal’s films after the studio bypassed a theatrical release. Similar disputes will follow as the practice standardises.

Independent theatres are expected to be heavily impacted. Even before the pandemic, studios would often give exclusive rights to larger chains or mandate that smaller venues block screens regardless of demand. Some are warning of a consolidation among theatre operators. In Italy, for example, art house and indie distributors are calling for government intervention to maintain plurality in the market.

Many operators are responding by improving consumer targeting. “We have a strong loyalty programme with a lot of meaningful customer data, which empowers us to understand what our customers like to watch and which cinemas they like to visit,” says Gianchandani. “We’re using technology which integrates this data into our communications systems, so that we can identify all the touch points that users have with cinemas in their daily lives.”

Consolidation may deliver economies of scale for theatre operators, but it also strengthens the biggest movie studios. With fewer films available, blockbuster franchises take a growing share of box office revenue. The portion of sales attributed to franchises has increased from around 30% in the 1980s to 40% today.

Disney is playing a greater role in franchise growth. Since 2000, the share of box office revenues taken by the big six has grown over 10%; Disney’s share in the same period has more than doubled, with most in the last decade.

This has knock-on effects for production. COVID-19 has made movie financing more risky, due to increased health security and insurance costs. Independent studios may find it harder to raise capital. This could have the unintended consequence of reducing diversity of movie content – a fear developing since Disney bought Marvel in 2009.

On the distribution side, consolidation among theatre operators could increase smaller studios’ reliance on alternative platforms to fund and promote films. In addition to SVoD services, gaming companies are also sensing an opportunity: Fortnite recently hosted an in-game Christopher Nolan-themed movie screening, as one example.

Hollywood loves an underdog, so it’s not yet time to write off the movie industry. There’s plenty of room for growth – especially new revenue based on movie IP, such as video games, toys, books and theme parks.

The fairy-tale ending may still be possible for the sector.