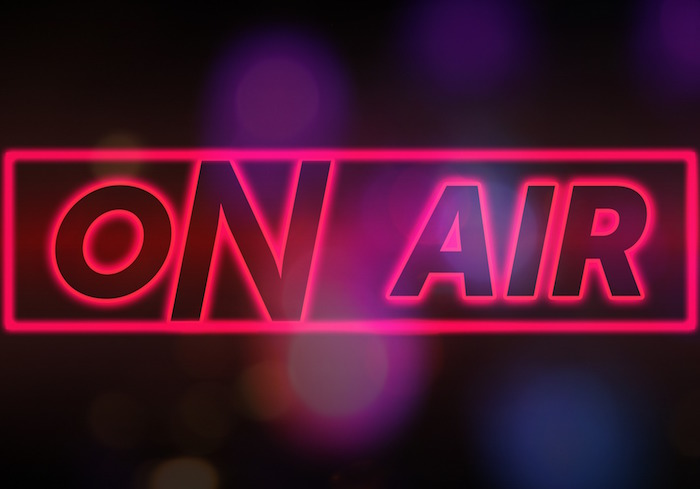 South Africans are opinionated, and  boldly voice their thoughts on various platforms, including, of course, radio – where heated exchanges are often carried over to a station’s social networks. Does talk radio help us build the nation, or does the discourse divide us?

In the Zuma years, the former president’s supporters dismissed those who criticised him as ‘clever blacks’ or ‘702 blacks’.

That’s one huge compliment to talk radio, because it acknowledges the medium’s role in informing people, honing their critical skills and making us all citizens rather than subjects.

So, given the ongoing popularity of talk radio – even in the era of social media – what role does it really play in South Africa? Does it divide us, or does it foster greater understanding in a country with a troubled history of hundreds of years of colonisation and institutionalised racism?

“South Africa was ultimately delivered to us through an open democracy, through dialogue,” points out Given Mkhari, chairman of Power FM. “After sanctions, wars, suppression, the only time we managed to pass through a segregated past was when people came together, sat around the table and negotiated…So I believe in the power of talk in resolving differences, achieving consensus and also to expose any form of injustice and to negotiate rights for those who are disenfranchised.”

Franz Kruger, director at Wits Radio Academy, agrees that the formation of  South Africa’s democracy in the1990s – “deliberative, with lots of discussion and consultation” – lies at the heart of who we would like to be: a nation that talks and listens to each other. “Radio, specifically, talk radio, is a key way in which we do that. What is said on talk shows has an influence on attitudes, and on public policy,” maintains Kruger.

CapeTalk station manger Tessa van Staden shares the sentiment. “It’s not uncommon for talk radio to be described as an instrument of active democracies. It should always provide a dynamic platform for the sharing of ideas, information, public comment and reflection.”

Given South Africa’s history and levels of inequality, “we need every opportunity for open dialogue and it’s great that the public airwaves are being used in this way, as it enables us to engage robustly and to air the things that need to be said, debated and considered,” reckons Nadia Bulbulia <note sp>, executive director of the National Association of Broadcasters.

“When done well, talk radio provides an ideal platform to better understand critical issues facing us as individuals, communities and as a nation – in all our complexity and diversity,” she adds.

SAfm Sunrise presenter, political journalist and Newzroom Afrika afternoon show host, Stephen Grootes, believes South Africa would be in a far worse position than it is in now without “proper, honest talk radio”. It is vital to democracy, he says, providing a place where people can talk and learn from each other. “Talk radio allows people to have proper honest conversations with each other. Sometimes it can sound like talk radio is difficult to listen to. It’s not the talk radio that’s hard, it’s the honesty that’s hard,” he says. “This country needs to have really difficult discussions, and you’re only really having them on talk radio.”

Constructive discourse requires a bit more than just a platform to share it on, though. “There’s a big difference between talking on the radio and talk radio,” underscores Mkhari. “People and presenters talk on the radio about anything from songs, music, social issues, to any form of interaction that requires an airing. But talk radio is deliberate, anchored around a well thought-out process; starting from subject matter that resonates with society, hosted by people who are trained to facilitate conversations and who are well prepared before they have that conversation.”

Mkhari points out how much work goes on behind the scenes. Talk radio, he says, is not “instantaneous or spontaneous”. “It is planned, it is deliberate – from what are we talking about, and why are we talking about that subject matter, to who to talk to, and why. Are they an authority on the subject matter? Will the listener trust that the person or understand the concept?”

CapeTalk breakfast show host Refilwe Moloto echoes this, and believes it’s incumbent on a show’s content producers and hosts to moderate, and guide critique towards a balanced, constructive dialogue. “It matters what questions I ask of listeners, and how; what topics are put on the table and how they are framed; and what comments I refuse to engage, or how I engage disagreement,” she says. “That has been my intention from the moment I agreed to do the show – ‘nation building’ is a term I also use, and I think we are demonstrating that in the content and conversation we have encouraged on the breakfast show.”

Moloto adds that her due diligence takes a leaf from market research. “It’s been proven that people are more inclined, by a multiple of, I think, five, to comment, share with their circle of influence, or provide feedback on an experience that irks or angers them, rather than one that pleases them. So, yes, by its nature, any platform – from radio to Facebook to Twitter, can lend itself to divisive discourse that isn’t very constructive.”

Some would point to Twitter as a place for open, robust discussion, but Grootes challenges this idea. “In my view, Twitter can become a forum in which ‘you are either with me or against me’. People who change their minds on Twitter often only do so after coming under intense pressure for something they have said,” he says.

“Changing your mind in public is hard to do. On talk radio, listeners can start a conversation with a view; over time, that view can change. It is entirely possible to have a person phone in from Nkandla or Umlazi and say how they feel – and for that person’s employer in Sandhurst or Bishops Court to hear them for the first time, and to change their view. They change their view in private, not in public. That does not happen on Twitter.”

There’s also the issue of checks and balances, with broadcasters having to adhere to stricter regulations than social platforms, notes Bulbulia.

“Sure, emotions can run high; some conversations have brought me to tears and also angered me, but broadcasters adhere to a code of conduct and to editorial guidelines, so there’s an appreciation of the principles of free speech, balance and fairness,” she notes.

Bulbulia’s observations on talk radio point to deeper analysis and constructive discussions, as opposed to sowing division. “If anything, my sense is that presenters are honing their skills and not relying on personality alone to carry a segment – we are hearing more subject matter experts, varied opinions and a willingness to engage more meaningfully with audiences,” she says. “A great deal of care and responsibility is also evident when dealing with difficult issues; a current example is the coverage of the coronavirus/Covid-19.”

A hegemony of voices?

Interestingly, Kruger spotlights an inherent weakness in the platform: “It can be divisive, especially as people tend to gravitate towards a station that shares their points of view…In general, too often I end up listening to people that I kind of agree with.”

His advice to broadcasters? “I think that the extent to which talk radio, and radio more generally, can challenge listeners to confront issues outside their comfort zone is a good thing – it can conflict with a station’s need to appeal to their audience, but there is a real obligation to get listeners to listen to outside voices, a lot of which is related to class – radio stations could do more to bridge those gaps.”

Van Staden believes the credibility of talk radio stations is closely linked to whether or not it achieves outcomes for its listeners. “What does that mean? In a nutshell, talk radio is about involving listeners in co-creating radio with outcomes,” she explains. “The station should make a difference in the communities to which it broadcasts. CapeTalk has done so in the past and continues to be committed to assisting its audience in tangible ways. We can’t do so without building relationships; with listeners, with guests, with sources and with clients. The station’s vision is very much focused on empowering our audience by either giving them information they can use or by networking on their behalf and by holding those in power to account.”

It’s a point echoed by Mkhari who says, unlike in the past, when broadcasters determined what they wanted to talk about, technology has empowered listeners to source information themselves.

“The missing link is whether there is a shared space for those individuals where they can either validate or invalidate that which they receive. Then we move from broadcasting to content co-creation and co-curating because we are no longer in the business of information dissemination,” he says. “Certainly, for a station like Power FM, our target audience sees themselves as subject experts who view the platform as their own to influence or share with society. We see talk radio as a shared platform.”

Moloto focuses her team on booking interviews that will establish or investigate facts in answer to the most pressing questions of the day. “That’s the first line of integrity and responsibility to the listener,” she says. “As a host, my opinion counts, but only insofar as I can back it up with reasoning, and that I ensure I allow enough room for countervailing opinion – should there be dissent among the listeners.”

Listeners do have recourse should they find a show or its content offensive. As Bulbulia says, producers and presenters know that if they push it too far they could be hauled to a hearing, either at the Broadcasting Complaints Commission of South Africa or the Independent Communications Authority’s  complaints and compliance committee.

“More importantly, with a Constitution as progressive as ours and a growing number of legal cases on racism, sexism and other forms of discrimination, there is increased awareness of what’s not acceptable in both traditional and online media. We’ve also seen audiences quickly turn to Twitter or Facebook to call out what may be offensive,” she adds.

Bulbulia’s final analysis? “Talk radio is unquestionably a platform for nation building – it’s vital that we hear our own voices in an exchange of ideas and views toward building the country we want. Sharing lived experiences in a democracy under construction can be incredibly powerful and transformative.”

Lucinda Jordaan is an independent writer, researcher and editor with extensive experience in all media, covering fields from academia and finance to education and lifestyle. Her articles have appeared in several award-winning publications, locally and internationally, and she has contributed to books and online sites, including The Media Online.