LATEST NEWS
Home Advertising The story is in our hands

The story is in our hands 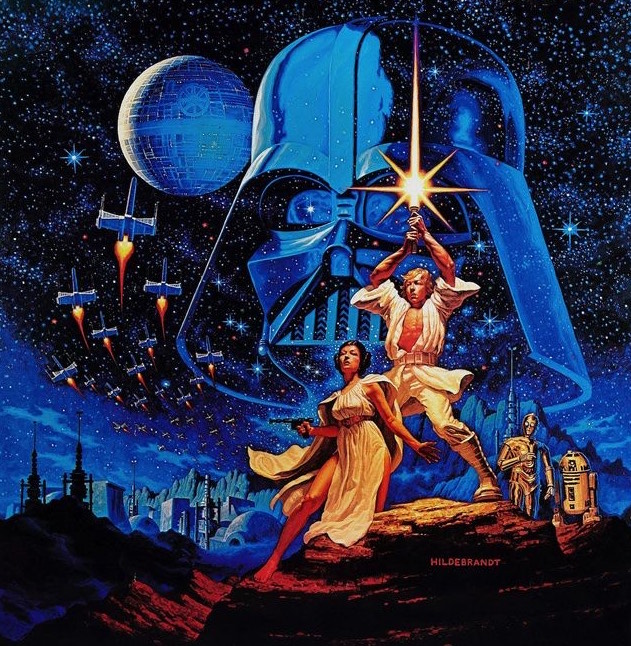 ‘The year was 2020. A plague swept across the land, forcing people into isolation. Paralysed by uncertainty and fear, the machine that was the global economy spluttered to a halt…’

It sounds like the opening lines to a story of old, a cautionary tale passed down through the ages, told around ancient, hushed campfires. Yet, as one day of the pandemic bleeds into the next, and we deal with the suffocating onslaught of never-ending statistics, our senses blunted by the repetition of now throwaway terms like “unprecedented times”, we are being robbed of the opportunity to recognise and acknowledge we are living – and indeed dying – in mythological times.

The recognition and acknowledgement of our current story as mythological could be the very key to navigating it, a North Star to provide some certainty as the ground continues to shift beneath our feet, and we struggle to find something to hold on to with mental-health issues reaching epic proportions.

Certainly, stories of struggle from the past had more clearly defined narrative arcs, with leaders able to articulate them more clearly.

In World War II, citizens are called on to defeat the forces of evil to save the freedom-loving world from fascist tyranny. They know their place and purpose in this world, with a clearly defined enemy and desired outcome.

Today, in a world saturated with fake news, and conspiracy theories, we can’t even agree if there is an enemy, let alone how to defeat it or what kind of a world we want afterwards.

So, it is from this fragmented, imprecise world we look to the ancient power of storytelling for a clearly defined purpose to help us make sense of it. Storytelling has the power to bring people together, offer guidance, hope and inspiration, with the most resonant stories lasting thousands of years.

Written by Homer in 8 BC, The Odyssey is recognised as one of the world’s oldest stories and follows what Joseph Campbell became famous for labelling ‘The Hero’s Journey’.

An everyday person receives a call to adventure and leaves his familiar surroundings for a journey into the unknown. By accepting the adventure, he sacrifices himself for something greater – or other – than himself. He undergoes a series of tests that awaken him to not just himself, but a larger spiritual world. He survives these tests, overcomes weakness and self-doubt, demonstrating the presence of a previously unbeknownst power that enables him to triumph. He then returns to the normal world a hero with lessons that can create a better world for everyone.

We can see The Hero’s Journey reflected in the most famous of Bible stories, the highest-grossing movie franchise, history’s most successful book series, the world’s most-loved brand and, closer to home, the story of a man and an octopus.

In the story of Moses, a displaced Midian farmer receives a call to adventure from God. He is called to defeat the mighty Egyptians and deliver his people, the Israelites, to The Promised Land. Moses’s faith is tested as he faces many trials and tribulations in the unknown wilderness. He overcomes temptation and self-doubt, and eventually triumphs by embracing the way of God. He brings back the lessons learned from his epic journey through the Ten Commandments, essentially rules for the formation of a whole new society.

In the story of Star Wars, a mild-mannered Tatooine farm boy called Luke Skywalker receives a call to adventure from an ancient Jedi Knight, Obi-Wan Kenobi. He is called to defeat the mighty Empire and save the galaxy from tyranny. He faces his fears and ultimately triumphs by embracing the way of The Force. He returns an enlightened hero, and then teaches the ways of The Force as a foundation for a new, peaceful Republic. This story of Star Wars has resonated with people around the world for over 40 years to the tune of $40 billion.

In the story of Harry Potter, an unassuming schoolboy receives a call to adventure from an ancient wizard, Hagrid. Harry is called to confront the evil sorcerer Voldemort, the murderer of his parents, and become a wizard himself. He crosses the threshold into Hogwarts, an unknown world of witchcraft and wizardry, where he faces many challenges but eventually overcomes temptation and self-doubt to defeat Voldemort. He returns to the real world enlightened, with a newfound sense of self. Harry’s story struck a deep-seated chord with book readers around the world to the tune of $7.7 billion, and counting.

In My Octopus Teacher, the documentary currently taking the world by storm, everyday Capetonian Craig Foster sets out on an adventure into unknown waters, where he learns about himself through his interactions with an ancient sea creature. He returns to the normal world a changed man, with a heightened sense of self-awareness and insight into his relationship with nature. He makes a film to help the world realise we are not separate from nature, we are nature.

In one of the world’s most powerful brand stories, Nike aligned itself with Colin Kaepernick, the NFL athlete who took the knee in protest of police brutality against black Americans.  Kaepernick’ story mirrors The Hero’s Journey exactly – the story of an individual, driven by conscience, fighting a lonely crusade against outside forces more powerful than he is, making sacrifices in pursuit of the greater good. Nike’s simple headline on a billboard overlaying Kaepernick’s face reads: “Believe in something. Even if it means sacrificing everything.”

Well aware the campaign would alienate a large segment of current customers, Nike believed a larger portion of the world would embrace Kaepernick’s story than wouldn’t. They were right. Nike recorded a $6 billion brand value increase and a 311% boost in sales. Two years later, Kaepernick’s is the biggest selling NFL jersey, even though he no longer plays the game.

The story is in your hands

So why does the narrative arc of the hero’s journey resonate with us on such a deep level? The answer, of course, lies in science (if you still believe in that kind of thing). The brain has been hard-wired to receive stories that follow this structure since the dawn of time.

In the first act, great storytellers ensure we identify and empathise with their everyday character (Moses/Luke/Harry/Colin/Craig). When we do, our brains release the hormone oxytocin, also known as ‘the love drug’. When these characters face their trials and tribulations in the second act, our brains release cortisol, the ‘fear drug’ that heightens our alertness. Cortisol holds our attention until the final act when our hero triumphs and our brains release dopamine, ‘the feel-good drug’. We share the hero’s victory as if it were our own, and we finish the story, literally, on a high.

In the year 2020, 2 028 years after Homer wrote The Odyssey, we find ourselves deep in the second act, with worldwide cortisol levels reaching epidemic proportions. Much like Homer’s reluctant hero, Ulysses, we are submerged in the underworld, battling our way forward, filled with fear, doubt and uncertainty.

Are we able to think in mythical terms and see ourselves as the potential heroes that rise triumphant at the end of this story, enlightened, with a keener sense of our place in the world? Or will we learn nothing and continue to subjugate nature to our needs until she has no choice but to exterminate us completely? As always, the story is in our hands.

Working as a London security guard in 1997, Justin Gomes saw the Wonderbra ‘Hello Boys’ billboard at his local Tube station, and promptly did a drug trial to fund a flight back home, as well as a six month copywriting course. Twenty two years later, he has one of the most respected track records in SA advertising. FoxP2 has topped the Loeries table on three occasions, finished in the top 10 Creative Circle rankings every year for fifteen years and won Finmail and Finweek Agency Of The Year on four occasions.