LATEST NEWS
Home Agencies Communications The media have muted the voices of women during Covid-19: can the tide be turned?

The media have muted the voices of women during Covid-19: can the tide be turned? 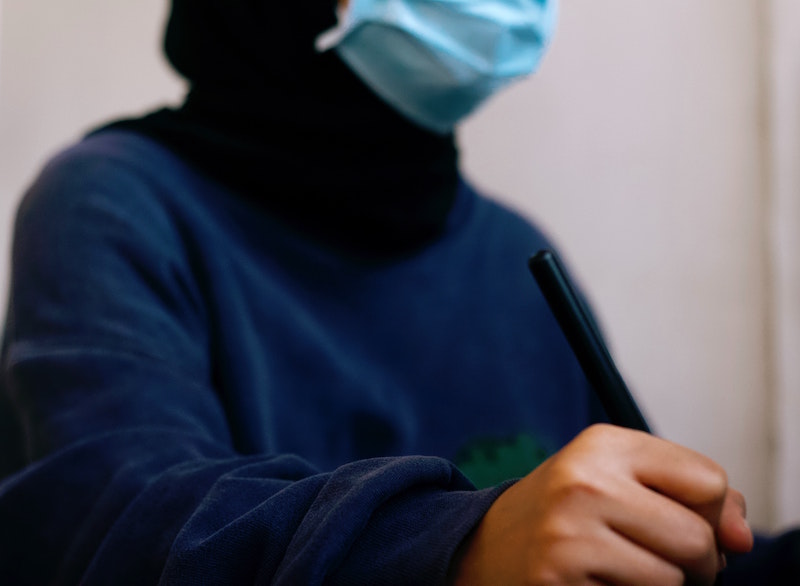 Covid-19 has distressed societies to the core. Among the fault lines it has exposed is the fact that gender bias remains rampant in news coverage.

A recent special report – The Missing Perspectives of Women in Covid-19 News – shows that too few women experts have been quoted on the pandemic in the media. The study looked at South Africa, Kenya, India, Nigeria, the US and the UK.

Put together by the International Women’s Media Foundation and commissioned by the Bill & Melinda Gates Foundation, the report found that even when a woman’s voice is heard in the news on Covid-19, it is drowned out by the voices of men. And that when women are given a platform in stories about the pandemic, it is seldom as authoritative experts or as empowered individuals. Rather they appear as victims of the disease.

The findings are consistent with studies conducted before the pandemic. For example, one showed that women only made up 24% of people featured in the media as experts on various subjects.

The media foundation report locates the problem within a broader social and economic frame in each of the countries. One metric it used was the fact that women were in the background of leadership. This was a reflection of the fact that there were too few women in political leadership roles. Not even women leaders like Angela Merkel (Germany), Jacinta Adern (New Zealand) and Tsai Ing-wen (Taiwan), who have shown great leadership in handling the Covid-19 outbreak, prompted the news media to give more attention to women experts.

The report paints a bleak picture of how bad the situation is in each of the five countries. Among the developing countries, Nigeria and India fare the worst. Only 24% of the 25 most frequently featured protagonists in gender equality coverage in Nigeria are women, while it is 28% in India. On these measures South Africa has better women representation at 56%.

Muting of women’s voices when reporting the Covid-19 crisis, even though they bear the brunt of the pandemic, further marginalises women.

The findings are important because the media have an important role to play in achieving gender equality in societies. They can do this by creating gender-sensitive and gender-transformative content and breaking gender stereotypes.

The report makes a range of recommendations that can help rectify the situation. For example, newsrooms should ensure that women are featured prominently as sources of information. In addition, media organisations should factor in hiring more women to ensure a better gender balance in newsrooms.

The report also points to the role that universities that offer media courses can play. Curricular integration of a gender awareness module into journalism studies will result in journalist who are gender-responsive. There is a lot of scope for improvement in South African institutions offering courses in journalism.

In the age of abundant digital communications technologies and consequent infodemic (excessive amounts of information about an issue, often unreliable), journalism schools are working to equip their graduates with relevant expertise.

This includes making sure they can design webpages, are well-versed in multiple forms of software and are alert to fake news and disinformation.

What is missing is a firm grounding in the need for gender representation in media content.

One possible answer would be to make gender representation a compulsory seminar course where trainees deliberate on issues of gender equality in news.

The module could also cover how to use non-discriminatory and gender-sensitive language. Also included should be ethical reporting on gender-sensitive issues, gender-based violence as well as gender portrayal in advertising.

The United Nations Educational and Scientific Organisation’s Gender-Sensitive Indicators for Media – developed in collaboration with the International Federation of Journalists – should form part of journalism training.

Worthy of note, Rongo University in Kenya recently reviewed its Communications and Media studies curriculum by adopting the UNESCO model. This is worth emulating.

Besides this, educational institutions can promote gender equality in media through research. Empirical evidence could highlight prejudices and insensitivity in journalistic practices.

Notable collaborations between academia and industry have resulted in databases like SheSource and WomenAlsoKnowStuff. SheSource is a multi-field database with more than 1 300 women experts available to journalists for free.

Read more: A personal journey sheds light on why there are so few black women in science

In South Africa, the under-representation of women as news sources prompted communications strategist Kathy Magrobi to start Quote This Woman+, with the mentorship of Wits University’s Media Accelerator Project Journalism and Media Lab.

The non-profit initiative aims to create a comprehensive database of women experts and thought leaders in varied fields. The database is made available as a resource for journalists and journalism students through a website, newsletter, WhatsApp and social media.

At the early stages of the outbreak of Covid-19 in South Africa, Quote This Woman+ circulated the contact details of eight Covid-19 women experts. This had grown to 90, and had been used 900 times by journalists and content producers worldwide, at the time of writing.

These efforts are laudable. But more still needs to be done to minimise the gender gap in news sourcing. Gender-sensitivity has been identified as vital to sustaining the journalism profession itself. Publishing stories that reflect a diversity of constituencies helps ensure the media remain relevant to society.