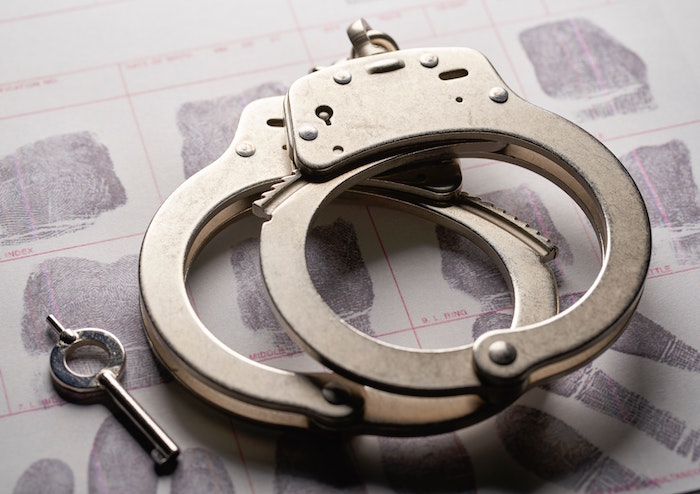 Can you believe it South Africa? JZ went to jail. He’s in an orange overall, eating prison food, using a pay phone and sitting behind the tralies? Can you believe it? (Ok, the food and phones are a ‘stretch’, but I’m certain he’s incarcerated).

Let’s wind back the clock a bit. There is nothing else to talk about this week except Zuma and the #DeltaVariant. Both swamped timelines, both equally a disgrace to our nation and both equally as dangerous.

#Nkandla, the palace of South Africa’s most wanted, became a fortress for a looming civil war. That’s what the media wanted you to believe. Over the weekend we saw Jacob Zuma’s supporters vow to kill and die for him. They were all pretty well branded (except for masks), but the buses in the background sort of gave away that this was a ‘staged uprising’.

And what a stage! #Zuma was parading #DaliMpofu like he was a new toy. This is the #EFFCardCarrying #Mpofu who – only a moment ago – told us what a criminal Zuma was. And there was Ace, standing there as if he was one o’clock half struck, struggling to stay relevant and pretending not to be the next in line for the shackles or axing, or juxtaposed with  #MKMVA’s disbandment.

We had to wait for Carl to take his clothes off to find him and suspend him #CarlNiehaus’s #Camos are ridiculous. He is a pitiful human being, him and Helen Zille should go to dance classes, they belong together. But I digress because, of course, once the camos were off, Carl was later arrested … for breaking lockdown regulations!

So here we are, in this ‘uprising’ and the police were turned away … Well, they drove away, they bottled it. A super spreader illegal gathering that may have pushed us to the brink of a civil war and … they drove away, and I was happy. Smart, really smart Minister #Cele. Some said that this was going to be another #Marikana, who can blame them? Except this was different, the people here were being paid. The SAPS made a good call and I’m proud of #Cele.

The next day, as the hills of #Nkandla lay quiet, #ChiefButhelezi tore into Zuma, his supporters and the organisers of the super spreader event, describing their behaviour as “treasonous”. Well, to be fair, he tore them a new one with eloquence and words as sharp as  knives. I’ll tell you one thing, if he can survive another four years, he has my vote. As an elder he is steeped in tradition and honour, he is sharp as a pin and does things the right way. Long Live #Buthelezi

And just as we thought chaos was averted, enter the farce, the #PietermaritzburgHighCourt. I mean, seriously. If it were you or I who approached the High Court about a judgment given by the highest court in the land, we would have been stopped at the door, or got a letter to say – ‘Wrong Court’ – ‘Suggah Wena! But here, we watched Dali Mpofu drone on for hours and hours about something that was simply irrelevant and insignificant.

Enter every media house and social media channel in the country and, apart from learning that #TembekaNgcukaitobi is an outstanding legal mind, all we saw was a bored judge and a bunch of wasted airtime for the privileged. It made me nauseous.

We waited, because in the middles of this brouhaha was the court order to arrest Zuma that hadn’t been addressed. You see, one thing Dali forgot is that you can shove papers at the wrong court, but the original order still stands. The clock kept ticking when Mpofu realised he should beg for mercy from #Zondo, the same man that Zuma has been slating for half a year.

Obviously, a short paragraph came back from the Commission saying, “Not today Dali, we’re all stocked up with crazy over here”, and so it was game on, and all eyes shifted to #Cele. #Cele didn’t waste our time, (I love that). He said, “I will not go down for Zuma”. Exhale South Africa. For the first time we knew this was real. When Cele talks everyone pays attention and he acts on what he says. I like him, a lot.

The same love is not shared by IOL though, as almost immediately upon his announcement, they put out a story that #Cele is being investigated for undue gains. We scrolled past that so quickly, why? Well, it’s IOL. Imagine damaging a multi-powered news media platform that stretches across print and online all over the country, with a story about the #Decuplets? Shake my head. They will turn a month-old next week, if they existed. #DecupletDeception

Suddenly the news changed, and we were watching motorcades of police vehicles, anti-riot vehicles and helicopters making their way to Nkandla. You couldn’t get within 100 kilometres of the place without being subject to police scrutiny. There were some Zuma supporters at the gate, and they stopped an AMBULANCE from coming through, shouting to the driver that “Zuma is not sick” – eish, guys, plot twist!

‘Over my dead body’

Then, in true Zuma style, at 16:20 in the afternoon, a last-minute letter was rushed to ConCourt to halt “proceedings” (the ConCourt shuts at 16:30). What “proceedings”, Dali?  Waste of paper, legal fees and our precious time. That’s all it was.

At sunset, #Westville prison became the focus (the media missed that one, Zuma ended up at #Escourt Prison). Zuma branded people were on each and every screen, and despite a great deal of media coverage not being “live”, it did a fine job making the country nervous. Shame on you media and your need for hype.

I was tired and I flicked between three boring channels waiting for the 9pm convenient curfew that would push #Cele into action. I knew I was in for a late night, after all, it is #ZumaStyle. Finally, the money shot. Zuma and a troop of cars left Nkandla and seconds before midnight, he handed himself over. I didn’t expect anything else. This is the king of the midnight reshuffle and if it’s not dramatic and depriving you of sleep, it’s not a Zuma story.

And now he is in jail, an old man who spat all over this country and the legacy of the ANC. A man who showed each and every one of us the middle finger from day one, right up until today as he prepares to sit out a three- or four-month term in jail for annihilating a country. I wonder if someone is helping him count the days until parole? (Ouch, I couldn’t help myself).

Do you think that’s the best we are going to get South Africa? I’m hedging my bets. Oh, by the way, can someone check if #EdwardZuma is alive; he did say “over my dead body” right?

While this chaos was unfolding, the rhetoric shifted to why #FWDeKlerk is not in prison? It didn’t last long when the Twitter Tide realised that Zuma could have jailed De Klerk himself … ja ne? #WenzanuZuma

The issue of Covid-19 tests for the poor

#Covid19 is killing South Africa, and the rampant spread of the #DeltaVariant across the country, is leaving our nearest and dearest either very ill or worse. I fear for all of us. I fear particularly for the old and the poor. I have a few questions: did you know that if you have no medical aid you must pay R800 odd bucks for the Covid-19 test? Here in rural KZN that amount of money is food, and more, for a household. What benefit is there for those who live on the breadline to be tested? How dare you charge for the tests, and by not testing, how dare you insult us with the numbers you make decision on by excluding most of our country.

Here’s another thing: can these vaccines cope with all these variants? I didn’t see a patch, or a download being given for this Delta Variant, am I being naïve? Here’s my take, forget the tests and the vaccines. Build hospitals with that cash, tend to those who are ill, feed those that need feeding, fix online schooling, and build houses. Create more jobs in the medical and education industry than you can shake a stick at and let our people deal with it from there.

Where is our President by the way? Ah yes, playing chess. Very clever, but not so empathic, is it? We are dying while you are playing political games, Sir.

I wish I had better news to end this summary, but, Rand Water is a mess leaving many parts of Gauteng without water for days. #eSwatini is burning and the #LamdaVariant is, no doubt, on its way. Prepare for a fourth wave.  If I must find a positive to share with you it will be this: Zuma is in jail; let that sink in, we’ve waited for so long, I’ll say it again: Zuma is in jail.