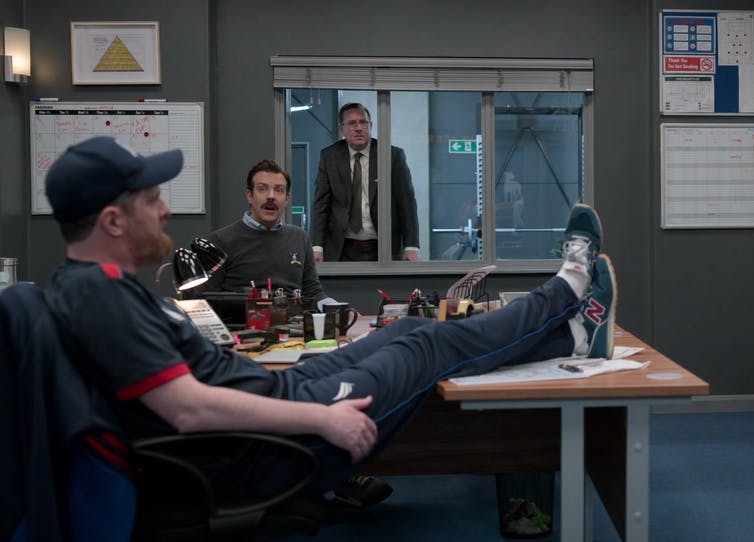 In The Variant, an episode from the Disney+ hit streaming show Loki, it’s tough to miss the barrage of product placements, with fast-paced action and dialogue taking place in front of Charmin toilet paper, Dove soap and Arm & Hammer deodorant. At one point, Loki barrels down an aisle with vacuum cleaners and fights off an opponent with a corded vacuum while iRobot vacuums are prominently featured on the shelf.

As someone who studies such advertising techniques as product placements, I’m starting to notice them crop up more and more.

With viewers migrating to streaming services and web videos, this trend makes sense. (Who actually watches the full ads that appear at the beginning of a YouTube video?) But not all product placements work as intended, and my research has shown that advertisers need to engage in a delicate dance with viewers to effectively influence them.

Ads that you can’t skip or mute

Let’s start with a little background. Product placement is a form of advertising in which a company pays a content creator to place its product on the set of a movie, TV shows or music video. While many product placements are the result of such paid relationships, some product placements happen because of creative decisions, such as a writer wanting a character to wear Gucci to convey the character’s affluence. Viewers aren’t typically given information to distinguish between paid and unpaid product placements.

Product placement isn’t new. The oldest examples of products appearing in films date all the way back to the invention of motion pictures, when the Lever Brothers’ Sunlight Soap appeared in the Lumiere films in Europe in 1896. In the 1930s, Procter & Gamble sponsored daytime dramas to feature their Oxydol soap powder, beginning shows with lines like “now here comes Oxydol’s own Ma Perkins” – an advertising technique that birthed the colloquial phrase “soap operas.”

This form of marketing really started to take off after the release of the 1982 blockbuster E.T., in which Elliott leaves a trail of Reese’s Pieces to cajole his alien friend out of hiding. Since then, box office hits ranging from Home Alone to Cast Away have memorably incorporated brands into their storylines.

But as streaming has become more popular, product placements have become an even more attractive option for advertisers. Global spending on them is expected to top US$23 billion in 2021, about a 14% increase over 2020. At the same time, marketers plan to decrease their spending on traditional advertising, like TV and print ads.

My research highlights one key driver of this shift: We’re more prone than ever to avoid traditional ads. We’re watching less and less linear TV – the kind that has a slate of ads interrupting the entertainment every seven or eight minutes – and thus are exposed to far fewer traditional TV ads.

And when watching web videos, about 90% of consumers either skip or ignore those ads that run before the video starts.

So as advertisers struggle to reach consumers, they’re increasingly turning to product placement, spending their advertising budgets to get their ads into media content in ways that can’t be skipped or muted.

Not all product placements are equal

Studies have shown they increase viewers’ awareness of products and their positive attitudes toward them. They can also make people more likely to talk about the products and search them online.

Not all product placements are equally effective, though. Those that seem to influence viewers the most are those that strike the careful balance between being noticeable and not too overt.

Research I conducted with marketing professor David A. Schweidel shows that viewers tend to be turned off if the product placement is too prominent – as when a character in the show holds the product and talks about it. They’re also averse to product placements surrounded by other advertising – say, a Nike ad that autoplays before a YouTube video followed by a product placement for Nike in the first few minutes of that same video. //www.youtube.com/embed/oQYwFND7rHE?wmode=transparent&start=0 A product placement that’s too obvious can be a turnoff.

These kinds of prominent placements annoy viewers for two main reasons. First, they make it obvious that they’re trying to sell us something, triggering something called “persuasion knowledge” – the phenomenon of getting defensive when we know someone is trying to persuade us. In general, product placements are less likely to trigger persuasion knowledge than traditional ads, as they tend to be more subtle. But that doesn’t mean product placements are immune.

Second – and in some ways related to the first point – prominent product placements can annoy us because they interfere with our viewing experience. Most viewers don’t want to be immersed in an intense drama only to be reminded that they’re being targeted by corporations.

How to strike the right balance

So how do marketers find the right balance of being noticeable without prompting persuasion knowledge?

Our research offers two key insights. First, we’ve found that viewers are most influenced by product placements in which the product or brand name is spoken by one of the characters but not shown – what’s called “verbal product placement.”

These product placements are more likely to be noticed by viewers than products that are simply shown on the screen. And they’re also less likely to trigger persuasion knowledge than placements in which the product is both shown and spoken about. Verbal placements seem to find a sweet spot.

Second, our research shows that viewers may be more susceptible to product placements that appear earlier in a show or movie. I believe that this might happen because we become more engrossed in the plot and characters of a show or movie as it progresses. If a placement appears at the climax – the moment when our attention is fixated on what will happen next – we’re either less likely to notice the placement or more likely to be annoyed by it if we do notice it.

Now that you know the tricks of the trade, perhaps you’ll be more likely to spot product placements on TV. Will this trigger persuasion knowledge – and, with that, cause the power of these ads to wither?

[Get the best of The Conversation, every weekend. Sign up for our weekly newsletter.]